Georgia votes to define final composition of US Senate 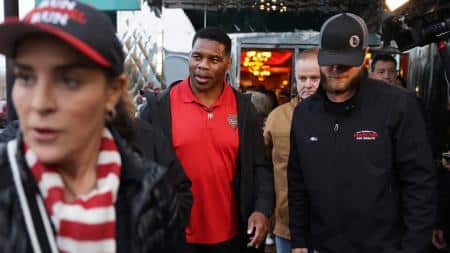 Residents of the state of Georgia voted in the second round this Tuesday A lot is at stake for President Joe Biden in an election to decide who will be awarded the last of the 100 remaining United States Senate seats.

This ballot is conducted Because neither of the two candidates got more than 50% votes in the first round Biden’s midterm election on November 8, in which Warnock defeated Walker by 37,000 votes out of nearly 4 million.

In the elections, the Republican opposition wrested control of the House of Representatives from Biden’s Democratic Party, But the ruling party retained the Senate And the best midterm election in decades.

Democrats already have 50 Senate seats, Which in practice means a majority, given that if there is a tie in voting for legislation, it is the Senate presidency — Democratic Vice President Kamala Harris — who breaks the tie.

The tables will open at 7 a.m. in Georgia and close at 7 p.m. (9 p.m. in Argentina) and vote counting will begin shortly thereafter. Results are not expected till morning.CNN reported, citing state election officials.

Although the balance of power in the US Congress does not depend on these results, The result of the vote in this state with a large African-American population is decisive for the rest of Biden’s term.

Republicans look into this Senate seat Opportunity to increase your power to block policies Democratic ruler.

700 days from the next presidential election, The opposition is also expected to put obstacles in the way of Bidenwho fared better than expected in the legislative elections held last November.

for the democrats, A victory would solidify Biden’s party’s slim majority in the Senate and would allow him to exert more influence on key parliamentary committees.

it will also be limited The influence of a moderate Democratic senator who has buried several important projects of the Biden administration.

To put all cards on the table, Democrats turn to heavyweights, Like former President Barack Obama (2009–2017), arguably one of the party’s most charismatic figureswho campaigned in downtown Atlanta last week.

It also shows the importance and interest of this duality. That about 400 million dollars were spent on these elections.

about 1.9 million people out of 7 million registered, They have already voted.

for now pro-democracy participation seems to be prevailing, But Republican voters may rally this Tuesday, so the outcome is difficult to predict.