Gerardo Martino, about football in Mexico: “the business deserves a lot of attention” 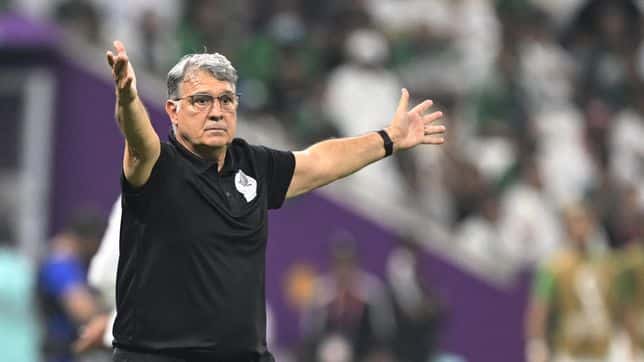 almost two months after his last game as coach of mexican football selectionGerardo Martino has given his first word since leaving office. The ‘Tata’ could not take ‘Trai’ to the Round of 16 of the World Cup in Qatar 2022, due to which the FMF decided not to renew their contract, which expires as soon as the team’s participation in the maximum event is over. It’s over

in the words of Radio 780 New York Times, Martino elaborated on the importance of economic priorities in Mexican football, though he qualified that he was not against it, but that the ideal would be a balance: “Business deserves a lot of attention. I’m not against business, because that’s where we live and we can’t survive without it, but actually I’d like something more equitable. I understand what is needed to continue its development, but football cannot be left aside. It is not only for profit, but not to let football die, because business dies too”.

Martino delved into transfers within Mexican football, which usually involve huge transfers that prevent the export of players to Europe: “There are eight or 10 million dollars worth of internal sales of football players from club to club ( …) So it seems like it’s a balance for me, listening to people in football and people who know about the business. In South America we’ve got more involved. Mexico has this feature, it is a very strong country, very solid institutions and they pay well. There are sales that are important, but at the same time they are footballers who must go abroad and have no European market. It hurts because he stays at home and the footballer doesn’t stop growing”. For this reason, the Argentine coach welcomed the arrival of César Montes at Espanyol de Barcelona: “He is a very good, professional player (…) the way a country can develop because it is beneficial for the national team.”

“We compete well in Qatar”

Having completed the 2019-2022 process, the former ‘Tricolour’ coach assessed his team’s progress in Qatar 2022. Martino recognized that the results followed logic and that Saudi Arabia’s unexpected victory over Argentina conditioned the development of the group in which Mexico competed: “We did well in all the three games. We didn’t reach our level of the first two years, but we improved last year. I think we should have done another classification and the results were logical. With whom to fight the other, lose to the world champion and defeat the Arab.

Looking at the explanation, Martino acknowledged the failure at the World Cup, but was satisfied with his coaches’ performance: “We were getting out because of yellow (cards) and it became difficult, but I think it’s the expected result.” Not there.” , A failure because Mexico came from seven World Cups qualifying for the round of 16 and we haven’t been able to continue with that trend, but also with the satisfaction of competing well.