Get ready for the “Polar Plunge”: First week of winter brings snow and extremely cold temperatures to the US 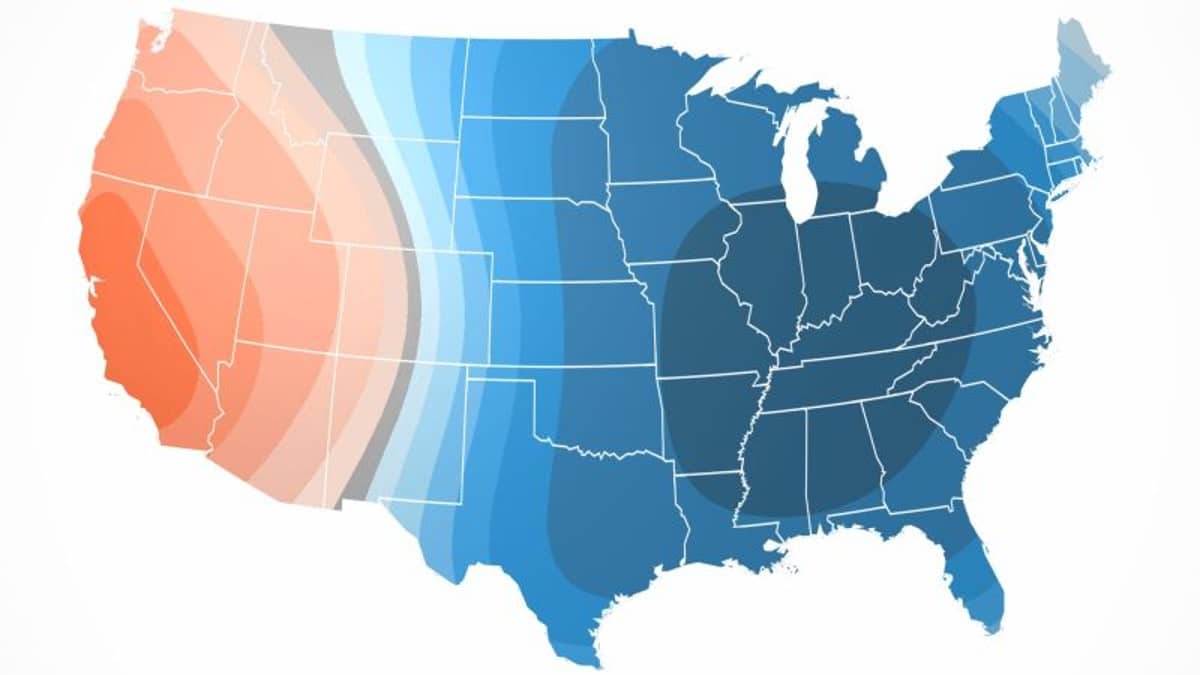 Winter is officially starting this Wednesday in the United States and the cold will be arriving in full force.

Temperatures will drop this week, and even Florida won’t be spared, thanks to a strong high-pressure system moving south from Canada.

“Very cold air from the Arctic will blanket the central and eastern half of the country over a two-week period, including the busy holiday travel season,” the Climate Prediction Center said.

From Idaho to Minnesota, temperatures will be 10 to 30 degrees below average through this Sunday. By this Tuesday, that bitter cold will spread from Washington to Wisconsin and through Texas, becoming more extreme, reaching 45 degrees below normal in some areas.

“High temperatures will only reach single digits (Fahrenheit) across the northern plains, while lows will be in subzero territory and below 10 near the Canadian border,” the Weather Prediction Center said. “Strong winds will feel even colder throughout northern Montana, where wind chills are in effect with wind chills expected at minus 30 to 45 degrees.”

At that temperature, hypothermia can begin in less than 10 minutes, but in areas like South Dakota it can occur in as little as five minutes.

The National Weather Service office in Rapid City, South Dakota, said the air temperature could drop into the low 50s to 60s on Wednesday night.

To make matters worse, a wind chill advisory is in effect through Thursday. Five full days of freezing temperatures to kick off the winter season, and it’s not just for Montana.

It’s that time of year again when everyone hates Florida – the only really warm place in the entire country – but only for the next few days, as Florida will also be freezing by the end of the week.

This Monday, temperatures in Atlanta will be near 50 degrees Fahrenheit, but on Friday, that may not even reach the high 30s. Denver has gone from Monday’s high of 46 degrees to this Thursday’s high of just 14 degrees.

Some Floridians will see a more sudden decline. Pensacola’s high temperature of 64 on Thursday will look downright tropical compared to a high of 38 24 hours later. And yes, that means overnight low temperatures are likely to drop below freezing.

Be sure to cover any plants you still have outside and bring your pets inside this week.

Even Friday’s high temperature of 73 in Miami – likely the hottest spot in the continental US – will be about 10 degrees cooler than the day before.

Over the next week, more than 260 million people will see freezing temperatures in the US, more than 80% of the population.

“As cold as it is, it will be difficult to challenge the daily record low/maximum because this event overlaps with parts of the historic 1983 and 1989 cold snaps. At the very least, parts of the east will see the coldest temperatures.” can always be found.” for any December since 2017″.

The cool breeze is here to stay. Long-range forecast models continue to show temperatures well below normal over the Christmas weekend.

“With widespread wind gusts, heavy rain and heavy snow, as well as severe cold, are forecast to affect much of the country ahead of Christmas Eve,” the Prediction Center said.

“Be sure to pay close attention to this week’s forecast as the details become true.”

If you’re looking for warm weather for the holiday weekend, you’ll be limited to South Florida, Southern California, or Hawaii.

Rangers getting chance to reverse troubled trend against Devils