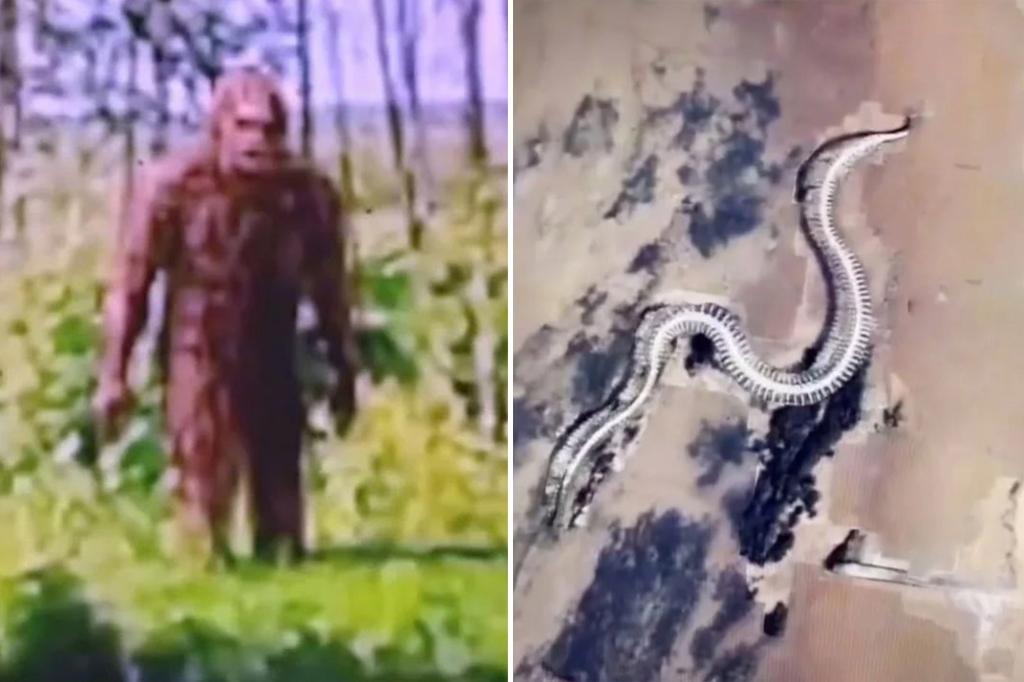 The eagle-eyed TikToker has found shots of mythical and frightening creatures on Google Street View.

A shocking Bigfoot-looking and giant snake spotted by Google cameras.

TikTok was posted by @googlemapsfun, a popular account with over eight million followers.

“A Google Street View user was searching in the jungles of Russia when he suddenly discovered something very mysterious,” said the digital voice-over.

The poster zoomed in on a monkey-like figure that is a dead gift to Bigfoot or Sasquatch.

While some are intrigued by the video, the top comment is skeptical – one user wrote that the Bigfoot figure is “a man in a Bigfoot suit who knew Google was coming”.

The video switches countries and moves from the Russian jungles to the coast of France.

The spindly figure of 30 meters can be seen partially buried in the sand.

Set to ominous music, the voice-over said “users consider it a giant snake … bigger than any snake ever caught before.”

While it may be fun to believe, this “creature” is actually sea ​​snakeA giant aluminum sculpture set in the Loire River.

The last part of the video is in Indonesia, a collection of islands in the north of Australia.

Just below the surface of the muddy water is a huge, curved figure.

One of the largest snakes ever recorded was a 23-foot reticulated python in Indonesia – the snake swallowed a woman whole.

The voiceover concluded, “If you don’t want to be attacked by giant snakes, I suggest you don’t go to these dangerous places.”

The video by @googlemapsfun has garnered over 225,000 likes on TikTok so far.

Only 1 in 4 COVID patients make a full recovery after a year: UK study