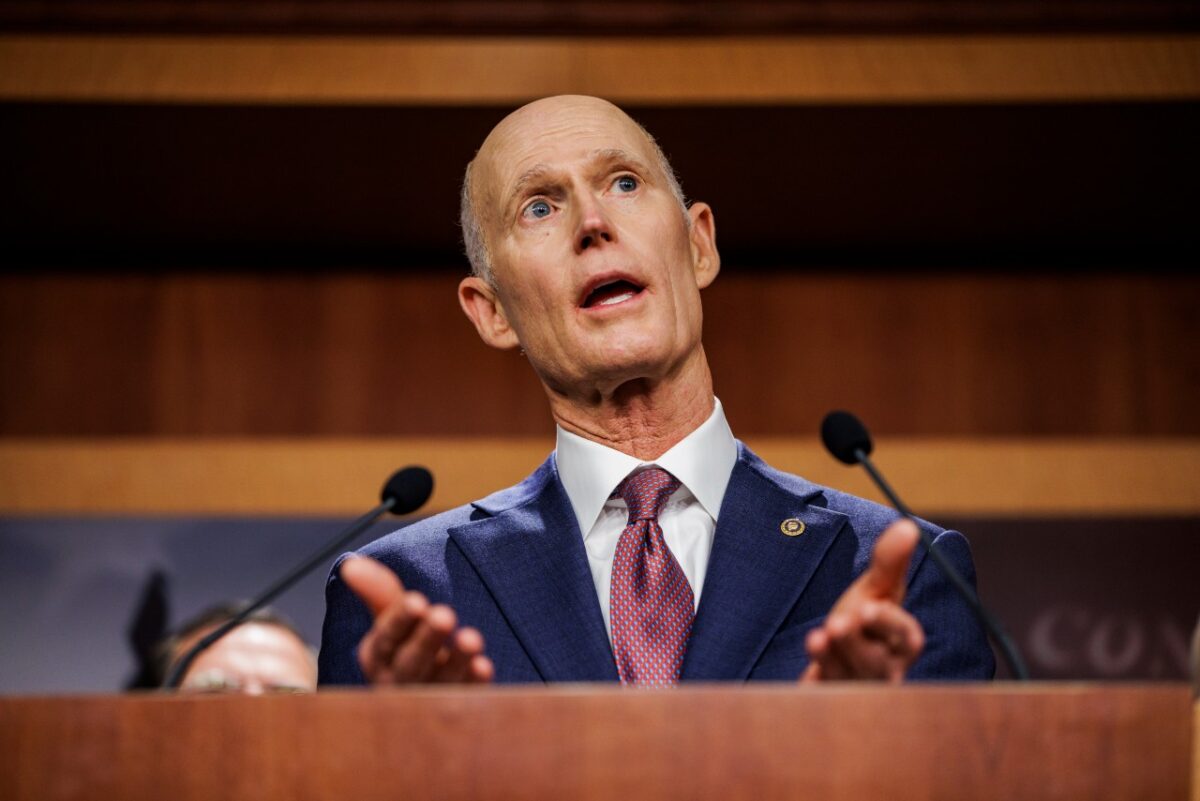 Sen. Rick Scott (R-Fla.) condemned Beijing’s “gross” arrests ahead of the 2022 Winter Olympics targeting those who speak against the Chinese regime’s rule, saying such a move “deserves the scorn of every freedom-loving nation.”

“These latest arrests are the latest example of Beijing’s willingness to silence and imprison religious minorities and political dissidents,” Scott said in a statement issued on Feb. 7.

The remark came after police arrested an adherent of the spiritual group Falun Gong three days before the Games started, and a veteran Hong Kong pro-democracy hours activist before the opening ceremony on Feb. 4.

The Republican lawmaker accused the International Olympic Committee (IOC) of remaining silent, which “makes it complicit in the human rights abuses the Chinese people experience every day at the hand of the Chinese Communist Party [CCP].”

“Every freedom-loving nation must speak clearly and do what the IOC won’t: punish General Secretary Xi [Jinping] for his genocide and anti-democratic crackdowns,” Scott said.

The regime has spent decades going after Falun Gong and imprisoned pro-democracy activists in Hong Kong in recent years, given that “communist China unleashes the police and military on those it fears,” Scott said.

As the Beijing Games got underway, Ji Yunzhi, a 65-year-old mother, went on a hunger strike at a local detention center in China’s Inner Mongolia following her latest arrest on Feb. 1, the first day of Chinese New Year. The detention center denied family visits for the Falun Gong practitioner who has refused to denounce her faith over the past two decades. Her two sons earlier immigrated to the United States.

More and more Falun Gong practitioners are reported delayed, harassed, or sentenced during the Olympics.

Authorities in mainland China have been watching Ji since 1999, the time when the CCP launched a nationwide persecution against the spiritual discipline, which is based on the core tenets of truthfulness, compassion, and tolerance.

Ji has been subjected to forced labor twice, in 2001 and 2008, tortured almost to death each time after being repeatedly shocked with electric batons, force-fed, and beaten. Authorities subsequently harassed Ji, who had become disabled, after her release, reported Minghui.org, a US-based website that tracks the persecution of Falun Gong in China.

Three weeks before the Olympics, Beijing sentenced 11 Falun Gong practitioners to prison terms as long as eight years, which was later condemned by Washington.

The US State Department called on the regime on Jan. 21 to “immediately end its depraved abuse and mistreatment of Falun Gong practitioners.”

At the beginning of the regime’s persecution in 1999, an estimated 70 to 100 million Chinese people were practicing Falun Gong, with the CCP deeming its popularity a threat. Since then, millions have been detained inside prisons, labor camps, and other facilities, with hundreds of thousands of tortured while incarcerated, according to the Falun Dafa Information Center.

“It is unfortunate that the world must participate in an Olympics stained by China’s cruelty and aggression,” Sen. Roger Wicker (R-Miss.) said in a Feb. 4 statement.

Rita Li is a reporter with The Epoch Times, focusing on China-related topics. She began writing for the Chinese-language edition in 2018.