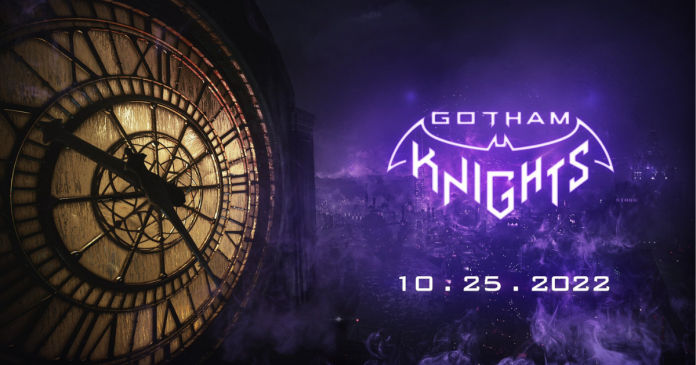 WB Games Montreal’s upcoming game Gotham Knights has been confirmed for release on October 25, 2022. The game is not set in Rocksteady’s Arkhamverse, instead, operates as an independent game that follows the adventures of the Bat-family.

The game features the likes of Bat-Girl, Robin, Nightwing and even Jason Todd (Red Hood). The game has been in development for some time and has been one of the more exciting projects to be released in 2022. The game lends itself perfectly to co-op style action, allowing players to take on missions together as a Bat-family.

The game follows the Bat-family after Bruce Wayne sends them a video, informing them that he is about to die. The Court of Owls appears to be the primary adversary in Gotham Knights – setting a fairly level playing field in the game.

So far, we’ve seen quite a few games, including the gameplay, that looked interesting. The gameplay doesn’t exactly follow in Rocksteady’s footsteps and instead opts to go the much more RPG-heavy route with damage counters and enemy level caps.

The open-world structure will likely allow players to tackle the game in a non-linear fashion, picking up side objectives and missions along the way. The different styles of combat displayed by each member of the Bat-family are expected to provide a ton of variety to the gameplay, breaking up the monotony in a big way.

Gotham will always need its heroes. Get ready for a whole new adventure on 10.25.22. #gotham knights pic.twitter.com/d7oV2LbcT8

\
Save Money while Shopping Online

\
Get our chrome extension to save money while shopping