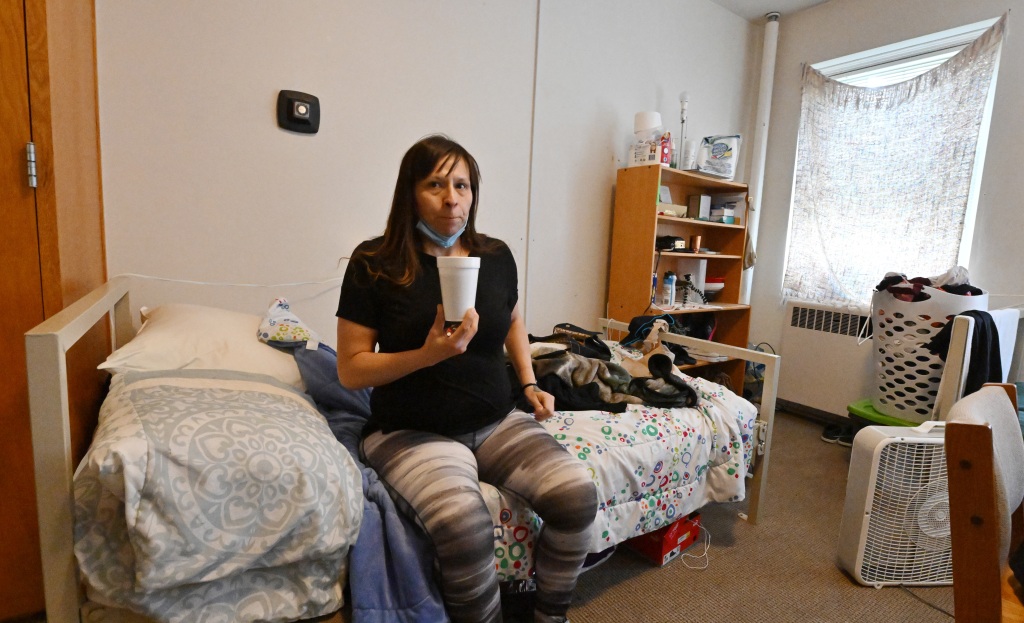 With federal aid funds running low, Ramsey County is gradually closing a number of shelters set up during the pandemic to accommodate the homeless. Now Gov. Tim Walz and Lt. Gov. Peggy Flanagan are proposing a $6 million emergency cash injection that could fund 100 to 200 shelter beds through December, if not the winter of 2023.

The funds, if approved, will help St. Paul and Ramsey County cope with the growing number of homeless camps, which now include more than 110 people in St. Paul alone.

The governor’s office will submit the county’s $6 million request to the same bipartisan legislative committee that reviewed and approved previous requests for federal funding under the American Rescue Plan Act. A year ago, the state received $2.8 billion from federal legislation, though most of it was earmarked in 2021 for the state’s unemployment trust and immediate response to COVID.

The COVID-19 Response Legislative Commission will meet next week. If approved, the $6 million could be released to Ramsey County within days.

“I hope the process ends with a big announcement,” Flanagan said in an interview Monday. “This is not a fully completed deal until they approve the offer. I’m knocking on wood right now. They have not previously rejected any of our ARPA proposals.”

Raised during the pandemic with the help of non-profit partners, the county shelters at Mary Hall in downtown St. Paul and the Luther Seminary stub in the St. Anthony Park neighborhood are still required to close on Wednesday, so county officials are scrambling to find new locations . for these 67 residents.

Mary Hall is slated to be redeveloped into affordable housing, but county officials expect state dollars, if approved, to fund shelters in the new locations.

“We’ve come up with a plan,” Trista County Commissioner Matas Castillo said on Monday. “We will work on this through our aid continuum and partner organizations.”

In the past two weeks, the number of homeless camps in St. Paul alone has increased to 92 tents housing 114 people, according to the city’s homeless response team.

It’s not entirely clear how much ARPA money is still available from the state, or what dollars have gone authorized but unclaimed. Flanagan said the state is looking into “how much we think will be spent, how much has been spent, and we can increase those numbers. To be really honest, it’s just a Band-Aid.”

The governor’s administration had hoped to give counties across the state about $115 million in temporary housing funds this year, but that money was tied to the state’s $8 billion surplus that lawmakers couldn’t decide how to prioritize spending. The legislative session was adjourned last month without the consent of the two parties.

Ramsey County officials have long noted that many of the homeless they host through nonprofits come to St. Paul from across the state, leaving the city and county disproportionately responsible for the state’s most vulnerable residents.

“If we can help 200 people, stabilize them and protect them, we should do it,” Flanagan said. “This is an opportunity for bipartisan action in support of the homeless.”

On Wednesday, the City of Saint Paul will consider supporting another initiative that received federal funds to expand during the pandemic.

The funds are expected to keep Project Home afloat from July 1 to March 31, 2023.

The funds will come from a “natural affordable housing” initiative the city planned to launch this year. This program was delayed due to staff turnover in Saint Paul’s planning and economic development department.