“Great Grandfather”, the Chilean Tree That May Be the Oldest in the World 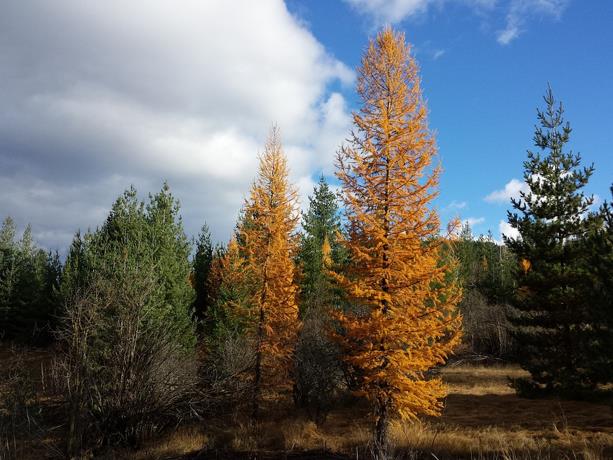 Since he was a child, scientist Jonathan Barrich realized that the “great-grandfather”, the larch tree, which his family cared for much in Los Ríos (southern Chile), was special. Now, more than three decades later, they just found out why: with about 5,500 years, May be the oldest tree in the world.

The discovery happened almost by chance, when Barrichwich was studying the effects of climate change on larch trees, a typical conifer species of Patagonia and There is danger from various factors such as fire, logging or drought.

“We obtained a small sample of the tree and, although this was not the initial object of investigation, we were able to estimate its age. We were very surprised to find that it is much older than we thought, As we believed. to be between 3,500 and 4,000 years,” he says. To Efe in front of this giant of about 30 meters in height.

Be the star of the Alers Costero National Park, 800 kilometers south of Santiago, the “great grandfather” Pine of California (USA) will be older than “Methuselah” Which holds the record with 4,853 years till date.

Antonio Lara, a professor at the Universidad Australasia de Chile and a co-author of the research, tells Efe that both are “non-cloned” specimens, that is, they are not connected to other trees by a common root system, unlike, e.g. For, Norway decorates “Old Tjikko” at least 9,550 years old.

“Uncloned trees are short lived, which is why this discovery is so extraordinary,” he says.

The final result of the study will be revealed in the coming months, although the journal “Science” recently published a breakthrough that revolutionized the scientific world.

Dendrochronology is the science that studies the age of trees through their rings, among other aspects. To count them, the trunk is usually drilled in the center and a specimen no wider than five millimeters is removed. So it was with “Methuselah”.

In the case of the “Millennial Larch”, also known as the “Great Grandfather”, the drilling device could not reach the center due to the enormity of its trunk, more than 4 meters in diameter.

“We reached only 40% of the total radius. In that small sample, we counted 2,400 years. The question is, how many years are there in the other half that we couldn’t reach, and the answer is not a simple sum,” says Barrichwich, who currently works at the Laboratory of Climate and Environmental Sciences in Paris.

Using a larger drill to reach the center would put the tree at risk, so they developed a statistical model to calculate the remaining years, combining information from hundreds of other larch trees in the park and estimating an 80% probability. that it would be older than “Methuselah”.

Barichevich knows that his method is not going to please the entire scientific community, but he says that skepticism of the new is “a natural process of science”: “There is a kind of American colonialism in science, how we build knowledge. And how is it valid”.

“It’s not championships, we don’t like records. This tree has more to offer than its age,” says Lara.

The “great-grandfather” is closely linked to the history of the Barichevich family, who are known in the region as their “guardian”.

It was the scientist’s grandfather, Anibal Henriquez, who was working as a park ranger in the 1970s. Then his mother, who was also a forest ranger, took over from him, and now it is his turn.

“It has been a part of our lives and maybe we have become a part of the life of the tree too,” he says.

Its privileged location in the Valdivian forest, in a kind of valley an hour’s walk from the park entrance, with no other larch trees around it, has protected it from logging and fire, although its structure is weak and is 30%.

Its biggest enemies are now climate change and tourism, which have increased significantly in recent times. For the first, the solution seems complicated.

On the other hand, the state-owned National Forestry Corporation (KONAF) has decided to temporarily close the park until a new strategy is devised that allows the arrival of visitors without endangering the specimens. .

“Tourism and conservation are fully compatible, but must be organized and regulated,” Pablo Kunazza of Conaf told Efe.

The “Great Grandfather”, Barichevich concluded, “is a time capsule” that carries “a message to the future” in its rings: “Our role is to protect her and allow her to move forward with her message.”

‘Don’t create such situations, Virat Kohli, if you come back against Zimbabwe, you will be selected in the T20 World Cup or else not’