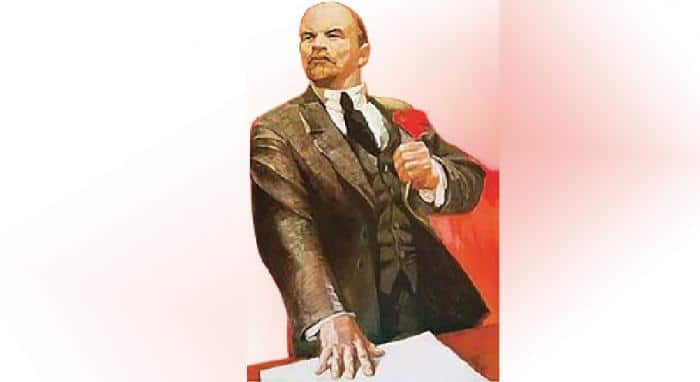 Robert Kennedy was a very clever politician. Loyal to his brother, even after he was killed, his fate was not much different from Jack’s.

A year after Robert was assassinated, his book was published. thirteen daysA personal recalculation within the United States government during the October Crisis.

Robert uses his book to pay a posthumous tribute to his brother Jack, and his leadership during those tense days to make the case that those events were a turning point for the world.

Being a scholar and shrewd man, it’s hard to believe that he didn’t know that the title of those memoirs would return more than one reader to the John Reed classic, ten days that shook the world,

The analogy and symbolism are too direct for it to be accidental. Reid was a Yankee communist journalist who first witnessed the Great October Revolution. His book is a personal, day-to-day account of the Bolshevik seizure of power in Russia since the February Uprising that overthrew Tsar Nicholas.

The book begins: “A foreign sociology professor visiting Russia at the end of September 1917 came to see me in Petrograd. He was informed by the merchants and intellectuals that the revolution was on the decline.’ John then explains how “the hegemony classes became more and more conservative; increasingly radical masses of people.

A host of different characters, including various parties terrified of revolutionary fanaticism, called for orders.

«On 14 October, the official body of the Liberal Socialists said, the drama of the revolution has two functions: the destruction of the old regime and the creation of the new one. The first act is already long enough”, because two sentences later, the moderates, horrified by the revolutionary extreme, appeal to a media quote: “Come on, hurry to end the revolution, guys. He who keeps it up too long will not get the reward.”

Two months later, between 7 and 8 November, the Winter Palace in Petrograd was taken by revolutionary forces with little resistance, and Lenin began his proclamation to the citizens of Russia.

The Soviet revolution was a fact. For the second time in history the workers and peasants tried to take heaven by storm.

The first commune could not last long in Paris. This time, he will be crowned for more than 70 years.

At that time, despite the constant onslaught of the capitalist world order, it faced imperialist intervention at the cradle of its victory; defeated the fascist troops; He placed the first human ship in space, the first man and the first woman in the universe; industrialized country of farmers; created the society with the highest average educational level; created the first free universal health system in history; empowered women and made them active heroes; And it served as a brake on imperialist hunger, allowing the correlation of the forces that made possible the success of the liberation movement from colonialism after World War II in Africa, Asia and Latin America.

Even today the resistance of the revolutionary forces of the world is possible due to the fact that a great October socialist revolution took place.

Marx propounded the famous thesis that “philosophers have only interpreted the world in different ways, but the point is to change it.” The Russian Soviet did.

105 years after that beginning, the revolutionaries of the planet must leave behind the complexes inspired by the defeat, and return to the roots of that revolution, and propose, once again, the removal of capitalism.

After all, men have done nothing but destroy the world in different ways, but it’s about saving it. Let’s save it.