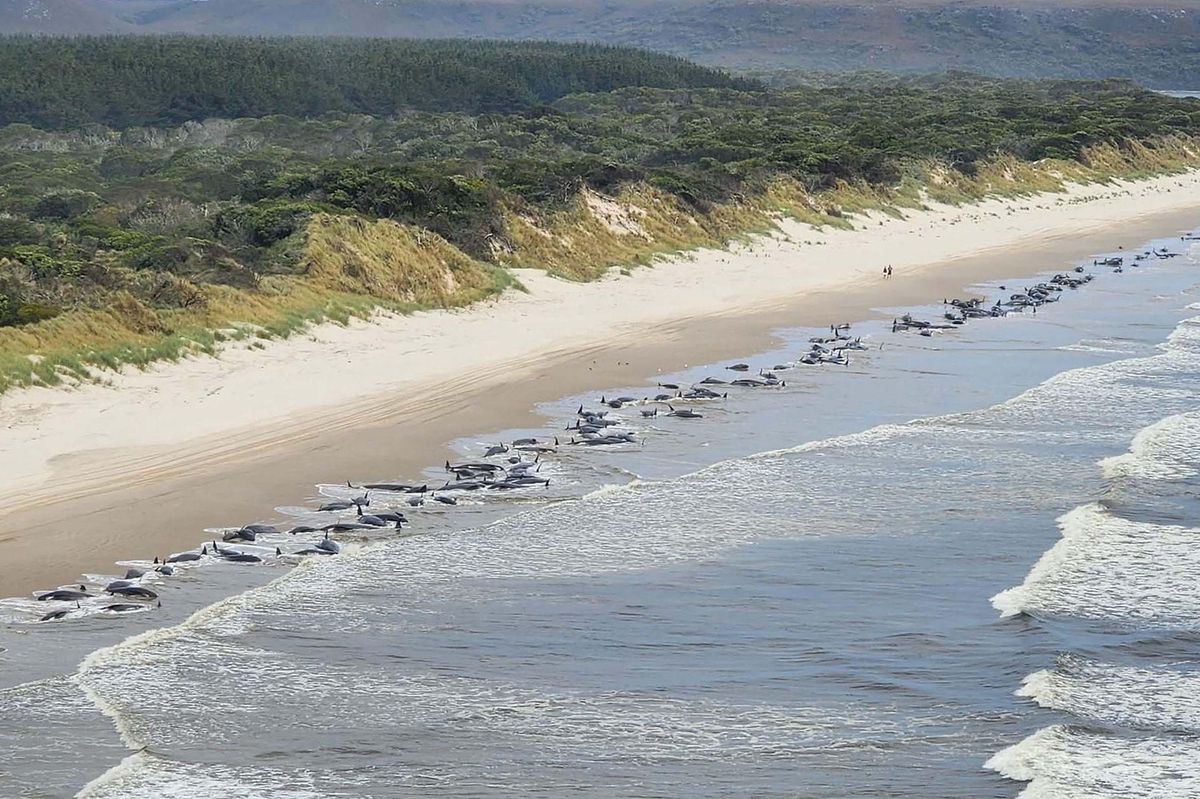 , That’s why more than 200 whales are trapped in a bay

More than 200 pilot whales are stranded in Tasmania – as they did two years ago. Most are already dead. The assistants are doing their best to save the survivors. Why is tragedy repeating itself?

When images of giant bodies rolling on a sandy ground become public, it seems like a leap in time. As Tasmania landed again in September 2020, when about 470 pilot whales were stranded in the shallow Macquarie Bay west of the island and were pushed, pulled and washed back into the sea by experts and activists. Exactly two years have passed since then. The gulf is the same, and today’s tragedy is the same as in 2020.

This time around 230 pilot whales are lying on the beaches of Macquarie Bay and Ocean Beach. According to the Tasmania Parks and Wildlife Service, only 35 are still alive. Why are so many of them stranded again?

“Pilot whales have a strong group cohesion,” explains Helena Herr. She is a marine biologist and researches how marine mammals can be protected at the University of Hamburg. Whales are mostly in so-called schools, that is, in large, mostly family groups, Herr explains. The leader of the group is usually an old whale cow, which determines the direction in which the group swims. The biologists say, “The mass is usually trapped because the leader, consciously or unconsciously, brings the school to shallow water or a bay.”

Some kind of suicide squad?

There could be several reasons for the fact that such a large group of whales has been re-trapped in Tasmania, an island in Australia. The dominant animal may have lost its sense of direction, possibly due to damage to its sensitive hearing from sound waves, such as those created during military operations. A kind of suicide squad cannot be ruled out in the animal world: “whales kill their leader animal”, Herr explains, and whether it is sick or injured, it can affect the entire group. .

Because there are already sizable strandings of whales off the coast of Tasmania, many experts also suspect that climate events may be the cause of the La Nia and El Nio problem. Changes in water temperature create new currents that push tiny sea creatures into other unfamiliar areas. Whales chase their prey – and suddenly find themselves in shallow water.

A plan is now being made to save the live whales in Tasmania. They are covered with wet towels and rolled up on huge tarpaulins. However, there are controversial discussions about the usefulness of such rescue operations. “Like many scientists, I believe that humans should not interfere with wildlife if it is a natural selection process,” explains marine biologist Herr. It is the order of nature that vulnerable animals are sorted out. “But it is different when animal problems are man-made – if we cause suffering, we must do everything possible to reduce it.” Even if the success rate is low.

This is not the case at all because of the strong social drive of the pilot whale. In 2020, only 111 of the 470 animals stranded off the Tasmanian coast survived the massacre. At that time, the helpers noticed that some whales, which they had painstakingly brought into the water, swam back to shore after being rescued. Lured by the clicking sounds of their fellow species in distress, they return – and are trapped again.