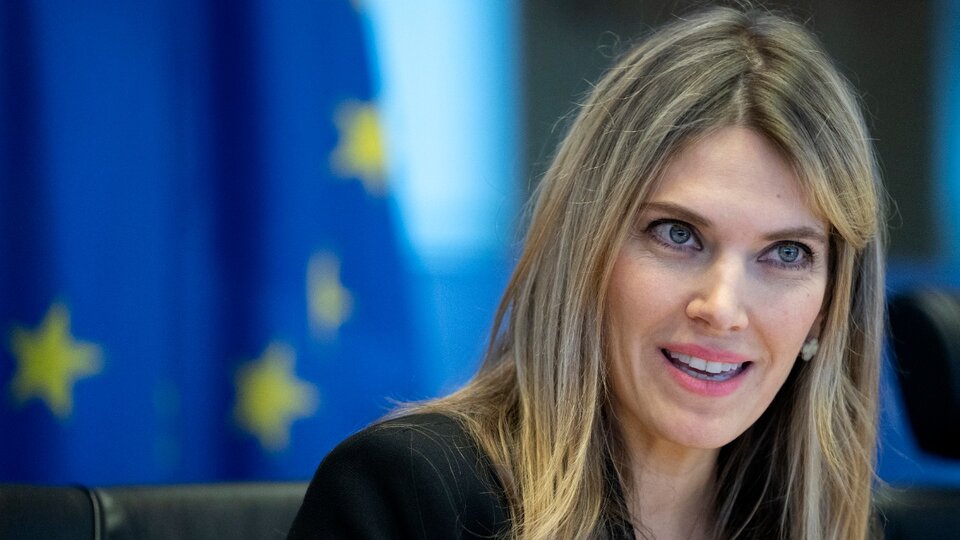 The measure, which also applies to relatives of MEPs, includes “bank accounts, safe deposit boxes, companies and other financial assets”, the chairman of the Anti-Money Laundering Authority explained, Haralambos Vorliotis, Vorliotis pointed out that in addition A newly formed real estate company is targeting the luxurious Kolonaki neighborhood of AthensAllegedly made by 44-year-old Cali and his Italian accomplice, who was also imprisoned in Belgium.

Callie’s father was also involved in the case, as on Friday the police arrested him red-handed in a hotel carrying a bag with 600 thousand euros in cashFrom which he was trying to run away. The former television presenter was charged with corruption in Brussels on Sunday, and imprisoned in the framework of an investigation by a Belgian judge into large payments allegedly made by Qatar to influence decisions of the EU’s highest institution .

A Belgian judicial source said this Kelly was unable to take advantage of his parliamentary immunity because he was arrested in flagrante delicto.He told that bags full of cash were found from his house. Amidst the scandal, the Qatari government denies any connection to the case. “Any allegation of misconduct by the State of Qatar is serious misinformation”a Qatari government official said on Saturday.

The Social Democrats in the European Parliament voted to expel Kelli and suspend members of the group under judicial investigation, while calling on aides involved in the affair to absolve themselves of their responsibilities related to the investigation. In this regard, Belgium Maria Arena temporarily left his position as chairman of the Human Rights Subcommittee, Belgium Mark Tarabella group and asked the two Italian delegates for their own suspension, peter bartolo why Andrew CozzolinoHe also stepped back from his legislative work.

“European democracy is under attack”

“We will launch an internal inquiry which will analyze all the facts”, he added at the opening of the monthly plenary session which brings together all MEPs. Visibly frustrated, Metsola explained that given the magnitude of the scandal, he had to block an agreement with Qatar for visa waivers. The European Parliament’s agenda for this week includes a discussion on “defending democracies against foreign interference”, which changed its meaning in the light of the scandal, and promises to be a busy day.

,These allegations are very worrying. It is a matter of trust in the people who are at the heart of our institutions, and that trust reflects a high degree of independence and integrity,” said the head of the European Commission, Ursula von der Leyen, Along the same lines, the head of EU diplomacy, Josep Borrell, who was also the President of the European Parliament, said the allegations were “very worrying” and “very serious”.

On the other hand, the prime minister of Hungary, the ultranationalist Viktor Orbanmocked the corruption scandal with a meme shared on his Twitter account, recalling that MEPs often criticize their country for lacking democratic guarantees. “Good morning to the European Parliament”Orban’s brief tweet, accompanied by a file photo of former US President Ronald Reagan and other politicians laughing out loud under the caption: “And then they say the European Parliament is seriously concerned about corruption in Hungary”. .

The last major scandal in the European Parliament was in 2011., when British journalists posing as lobbyists and three MEPs accepted large sums of money to introduce legislative amendments to benefit the banking sector. All were tried and sentenced to prison terms by the courts of their respective countries.

Kaili, a former TV presenter, was expelled on Friday from the Greek Socialist Party (Pasok-Kinal), of which she was already a controversial figure, and had her assets confiscated by the Greek Anti-Money Laundering Authority. went. On Saturday night, Metsola announced that he had relieved Kelly of all his duties as vice president, which include representing the Middle East region to the Speaker of the Legislature.

In that role, he traveled to Qatar in November, where at an event he praised the reforms the emirate was carrying out in terms of labor law. organization of The Football World Cup “witnesses the historic transformation of a country whose reforms have inspired the Arab world”.said Search In Parliament on 21 November