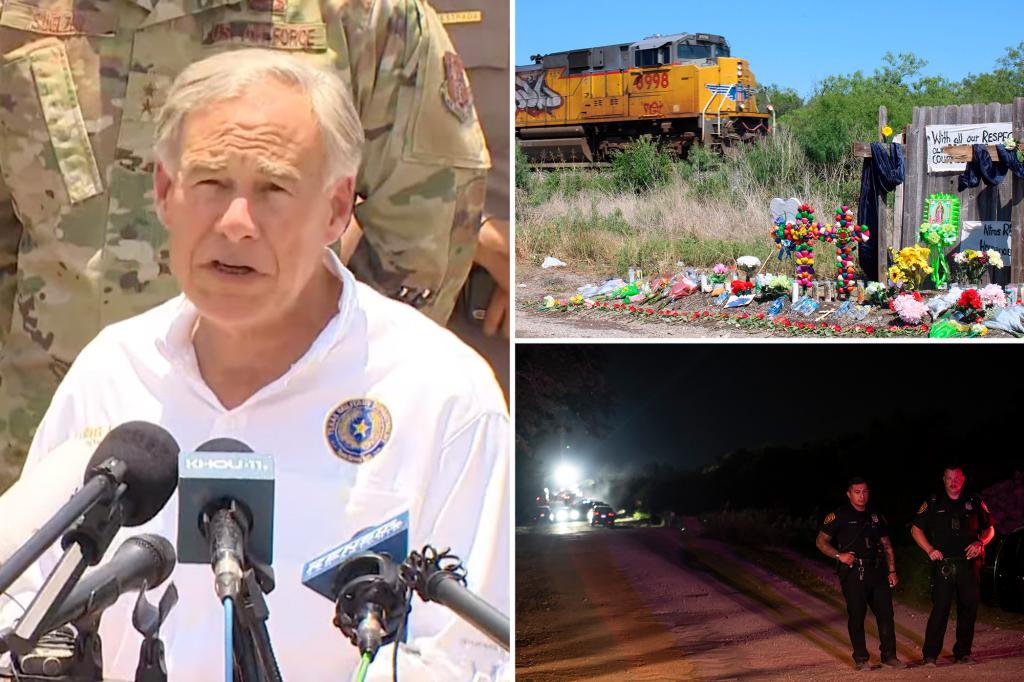 Texas Gov. Greg Abbott said Wednesday he would set up new, state-run checkpoints to inspect trucks for human-trafficking actions in response to the gruesome deaths of 53 migrants in the back of a tractor-trailer.

Abbott again blames President Biden for Monday’s incident in San Antonio, saying it did not inspect a large rig carrying migrants wrecked when it passed a Border Patrol checkpoint in Encinal, Texas, nearly three hours ago was.

Abbott then declared that “in Texas, we are going to once again try to step up and play a role in averting this devastation by the state for which President Biden is responsible.”

Abbott said the Texas Department of Public Safety would “immediately” set up additional checkpoints and “start targeting the trucks where these people died.”

The move “will ensure that we have a better ability to deter future trucks, as well as deter smugglers and cartel members who were trying to profit from it,” he said.

Abbott, who spoke during a news conference at Eagle Pass, near the southern border, planned for the DPS to have two “strike teams” of 20 state troops to “detect, prevent and capture illegal crossings of illegal immigrants.” outlined.

“They will be immediately deployed to Eagle Pass,” he said.

“Additional strike teams will be deployed in high-traffic crossing areas as needed.”

Abbott said the Texas National Guard will also “add miles of fences and barriers to state and local property, once again prioritizing areas with high traffic.”

The National Guard is already “deploying an extra mile of military-grade razor wire along the Rio Grande” and “connecting boat teams along the river, where possible,” he said.

The chief of guard, Major General Thomas Suelzer, said agreements had been made to put 55 miles of new border fencing on private property in Maverick County, half of which is already installed.

“We’ve also put in eight linear miles of concertina wire, most of which you can see along the border here in Maverick County,” he said.

Abbott said he had previously spoken with local mayor Rolando Salinas Jr., who claimed that “the situation at Eagle Pass has gone from bad to worse with increasing numbers of people coming from the area.

“The bottom line is this: Despite the increasing numbers, despite these caravans on the Mexico side of the border, the Biden administration is still doing nothing to stop it,” Abbott said.

Biden, who is attending a NATO summit in Madrid, accused Abbott of “political grandeur surrounding the tragedy”, calling it “shameful” as “exploitation of vulnerable individuals for profit”.

In a statement, Biden also pledged that “my administration will continue to do everything possible to prevent human traffickers and traffickers from taking advantage of those who seek to enter the United States between ports of entry.”

Flames Game 5. uses a 3-round third period for the top stars at 3-2

What the Montreux Convention is, and what it means for the Ukraine war