Greta Ferusic Dies at 97; Survived Auschwitz and Siege of Sarajevo 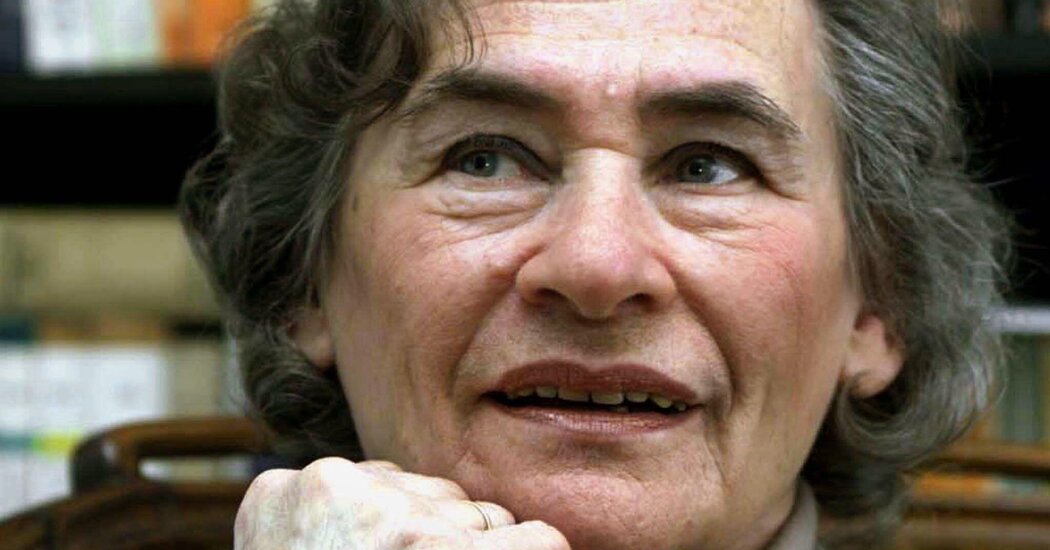 For a long time after, she did not leave her house.

“It wasn’t that I was afraid of being killed,” she said. “I had a terrible feeling of inferiority. Once again in my life, I wasn’t in control of my own destiny.”

What hit her the hardest psychologically, she said, “was the knowledge that this was being done to us not by an invader as in 1941, but people we lived with and worked with and students I had so carefully nurtured.” She added, “Even today I can’t understand it.”

Greta Weinfeld was born on June 26, 1924, in Novi Sad. Her father, Isidor Weinfeld, was a prosperous businessman; her mother, Daniela (Steinitz) Weinfeld, was a homemaker. Greta was an only child and doted on by her extended family, she said.

In Mr. Pasovic’s film, Ms. Ferusic describes the cattle trucks that delivered her family to Auschwitz and the nonchalant gestures of Dr. Joseph Mengele, who became known as the Angel of Death, as he separated the arrivals, some directed to the left, others, like Ms. Ferusic, to the right. Those on the left, including her parents and members of her extended family, were never seen again.

Ms. Ferusic was intent on survival. When the Germans abandoned the camp in January 1945 and forced some 60,000 prisoners to march with them, she managed to stay behind. She weighed just 70 pounds and was clad only in a torn nightgown when the Soviet Army liberated the camp on the 27th of January.

She returned to her home in Novi Sad, and after she had begun to recover, she sold it to pay for her education at the Faculty of Architecture of the University of Belgrade. Mr. Pasovic said he thought that she had chosen architecture because she had seen so much destruction and wanted to build things. (Her son, his wife and their two sons are also architects.)

“One might ask,” Ms. Ferusic said in the film, “how I was able to adapt and make life fairly comfortable for myself. My reason was that it was better to think about the future, and what could be done with it, than to mourn for what is lost.”

8 symptoms of covid that are visible in vaccinated people