Griner on return to US: “I’ve been in jail for 10 months, listening to Russians, I want to talk” 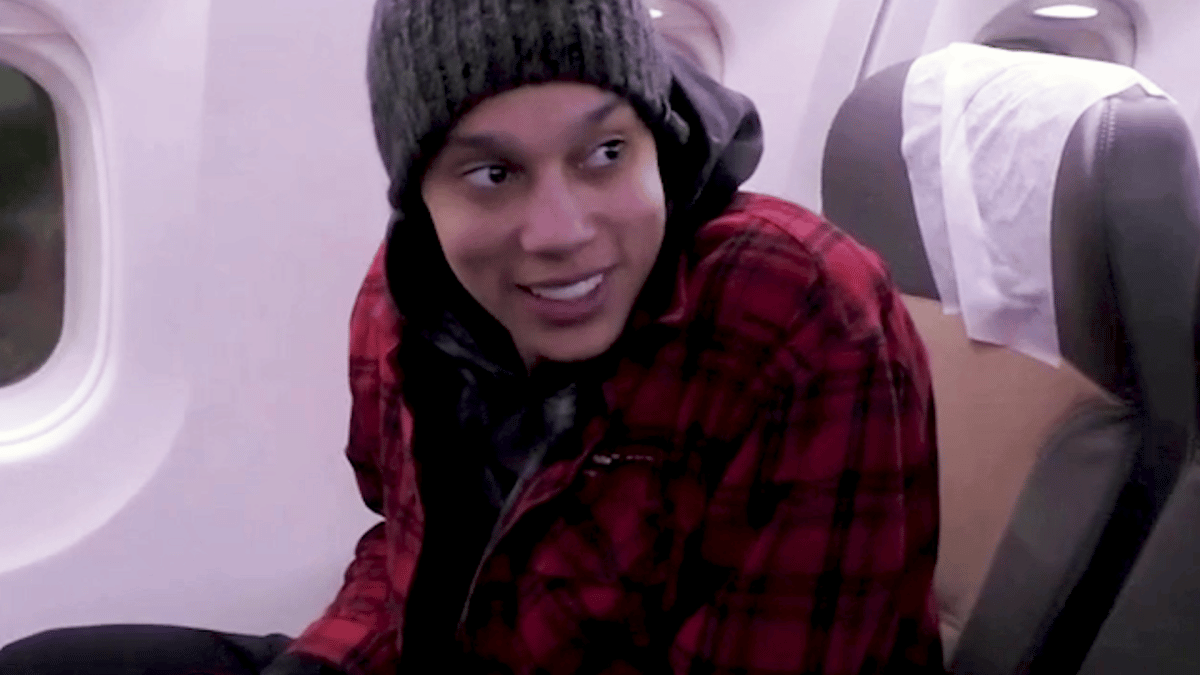 Washington DC – American basketball player Brittany Griner didn’t want to be alone when she boarded a US government plane that brought her home.

Griner said, “I’ve been listening to the Russians for 10 months, I want to talk.” Earth.

He then asked Carstens, referring to the other people on the plane, “But who are these people?”

“He walked past me and addressed all the crew members, looking them in the eye, shaking hands and asking about them, asking their names, making a personal connection with them,” Carstens recalls. “It was really amazing.”

The basketball player is expected to reach San Antonio, Texas.

In the end, Griner spent about 12 of the 18-flight hours talking to others on the plane, Carstens said. The two-time Olympic gold medalist and star of the Phoenix Mercury professional basketball team talked about his time in a Russian penal colony and his months in captivity, Carstens recalled, though he declined to go into specifics.

“I was left with the impression that he was an intelligent, passionate, kind, humble, interesting and patriotic man,” Carstens said. “But above all, authentic. I’m sorry I met her that way, but I feel really blessed that I got to meet her.”

Although Griner is undergoing a full medical and psychiatric evaluation, Carstens said she was “full of energy, she seemed fantastic.”

Griner, who also played basketball in Russia, was arrested at Moscow’s Sheremetyevo airport after Russian authorities accused him of possessing a vaping device and cannabis oil. The United States said he was illegally detained, which Moscow denies.

President Joe Biden announced Thursday that the United States had secured Griner’s release. In exchange, the administration released notorious arms dealer Victor Bout, who was serving a 25-year sentence for conspiring to sell millions of dollars worth of weapons that US officials said were intended to be used against Americans. was.

But the United States was unable to secure the release of Paul Whelan, who has been held in Russia for nearly four years. Government officials have repeatedly stressed that they continue to work to free Whelan, who has been jailed by Russian authorities on espionage charges that both his family and the US government consider baseless.

John Kirby, a spokesman for the National Security Council, said on Sunday: “Mr Whelan is being kept in isolation because of these espionage allegations.” “So now we’re working on that. We’re more informed now after going through that process obviously in recent months. We’re more informed. We have a better idea of ​​the context of what Russia’s expectations are and We’ll continue to work on it.”

Carstens, the US government’s top hostage negotiator, said there are “always cards” to play for Whelan to get an offer and said he spoke with the jailed American on Friday.

“This is what I told you. I said, ‘Paul, you have the commitment of this president. The president is focused. The secretary of state is focused. I’m definitely focused, and we’re going to bring you home. ‘” Carstens said. “And I reminded him, ‘Paul, when you were in the Marines, and I was in the Army, they always reminded you to keep the faith.’ And I said, ‘Have faith. We’re coming for you.'”

Carstens spoke on CNN’s “State of the Union” and Kirby appeared on ABC’s “This Week.”