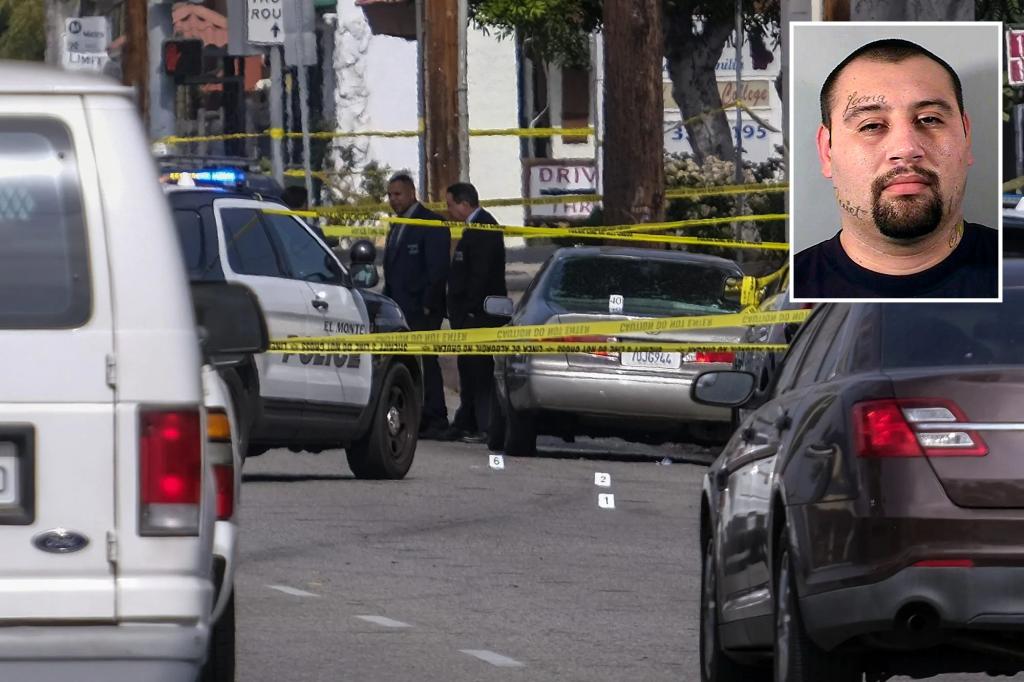 The online coroner’s record says the alleged gangbanger who shot two policemen at a California motel killed himself after fatally shooting officers.

Justin Flores, 35, died by suicide on the sidewalk outside the Siesta Inn motel, where he murdered El Monte Police Cpl. Michael Paredes and Officer Joseph Santana on Tuesday, according to the Los Angeles County Department of the Medical Examiner-Coroner.

Flores’ cause of death was listed as a gunshot wound to the head. Authorities had said Flores died during a shootout with other officers after he killed Parades, 42, and Santana, 31, inside the motel as they responded to a domestic incident.

The coroner’s record states that Parades and Santana were killed by bullets to the head.

Officers had previously said that after the officers were fatally shot, Flores ran outside and gunfire was exchanged with other cops.

Flores was on probation at the time of the double murder after pleading guilty last year to a firearm possession charge.

According to court records, Flores’ probation officer requested the alleged gang member to return to court later this month.