Gustavo Petro’s vigorous speech at the United Nations in which he criticized the US-orchestrated “war” on drugs. “Which is more toxic to humanity, cocaine, coal or oil?” 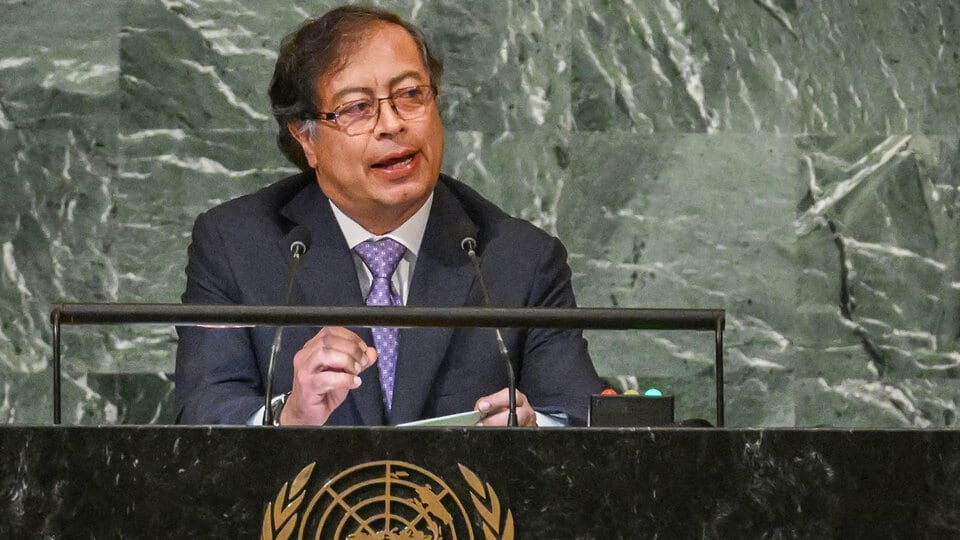 Colombian President, Gustavo Petro, in his first intervention before the United Nations, condemned the failure of the War on Drugs and the destruction of thousands of lives and the Amazon jungle by tactics of persecution.

“Malignant consumption has increased, from soft drugs to hard drugs, there has been genocide on my continent and millions of people have been sentenced to prison in my country”The first leftist president of Colombia said. In a speech addressed to consumer countries, Petro called for an end to the irrational war on drugs.

The president emphasized that the strategy used for four decades to end lucrative business only leaves hundreds of thousands of people in North America and overcrowded prisons in the rest of the continent. “If we don’t correct the course and this war goes on for the next 40 years, 2,800,000 young people in the United States will die of overdose and a million more Latin Americans will die.”Held.

Since its opening on 7 August, Petro has focused on curbing consumption in developed economies rather than persecuting producers of coca leaves, which are the basis for cocaine, which is considered the most important part of the drug trafficking chain. considered the weak link.

According to the United Nations, Colombia has medicinal crops on at least 142,000 hectares, a large part of them planted in the Amazon forest. Fires to open farms for coca and other purposes destroy one of the world’s richest ecosystems and are key to the absorption of CO2. Petro pointed out that the Amazon is falling prey to the power’s addiction to coca, money, and natural resources such as coal and oil.

“The forest is burning, the gentlemen (…) are destroying the forest, the Amazon has become a slogan followed by states and merchants”said the President, who came to power waving environmentalist flags. “They decided to make an enemy of the Amazon jungle plant, extradite and imprison its growers, I invite you to stop the war and stop the climate disaster”He added.

A Civil War-era time capsule has been opened. There are more secrets inside.