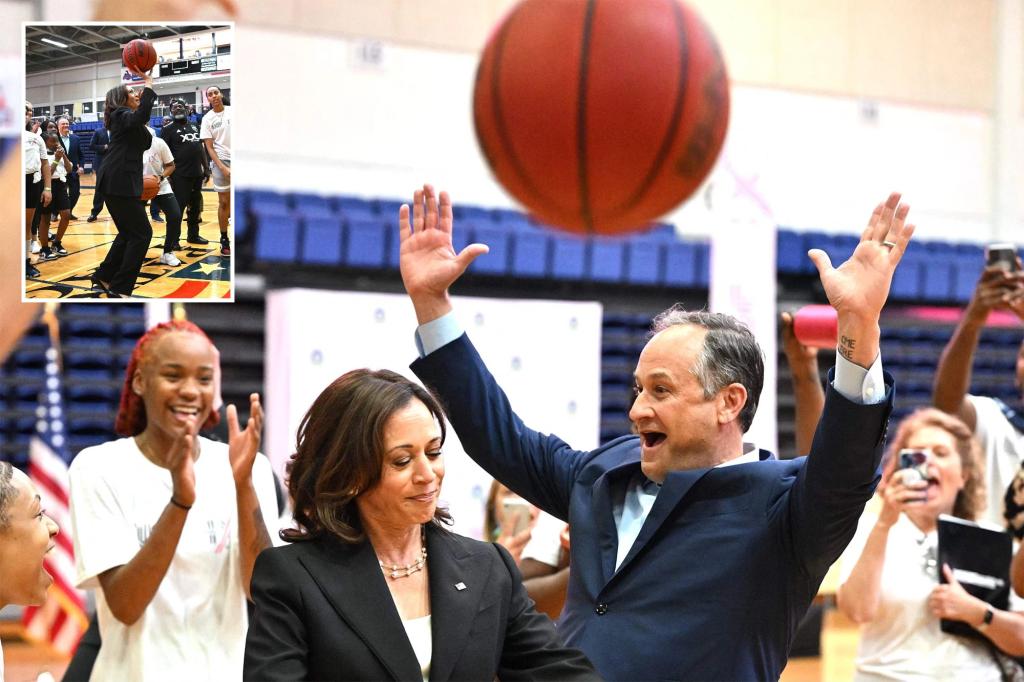 On Wednesday, Vice President Kamala Harris hosted a clinic about how No shoot hoops.

Harris missed five times in a row when trying to hit a basketball into the hoop before making it on her sixth attempt under her husband’s guidance.

The vice president’s awkward appearance, which was not publicized ahead of time on Harris’s daily schedule, followed Harris’ similarly disturbing cameo on Monday at the June 10 celebration when she ruined a history lesson for children about slavery.

Harris was celebrating the 50th anniversary of the Title IX Women’s Sports Act at American University when she was approached to try her hand at basketball.

Her first airball hit the net.

According to a report by Washington Examiner reporter Naomi Lim, Harris “joined a group of girls throwing the ball from the free throw line. After being encouraged, she received the ball, dribbled, held the ball, and then dribbled again before making a hit. He got caught in the net.”

On Monday, Harris had a mix-up during a surprise visit by elementary school children to the National Museum of African American History and Culture on the National Mall.

“I think we all know that today is a day to celebrate the principle of freedom. And think about it in terms of historical context, knowing that blacks in America weren’t free during 400 years of slavery,” Harris told the kids, misrepresenting the history of slavery.

The first African slaves in the American colonies arrived in Virginia in 1619. Slavery was abolished by the 13th Amendment, ratified in 1865, ending 246 years of practice rather than 400 years.

A White House official acknowledged Harris’ mistake, telling The Post that “the vice president was referring to 400 years since slavery began.”

The US Army will begin dismissing vaccine holdouts.

Lakers lose against Thunder; Westbrook catapulted after a sleazy night