Hate and Truth: On the Attack on Christina Fernandez De Kirchner 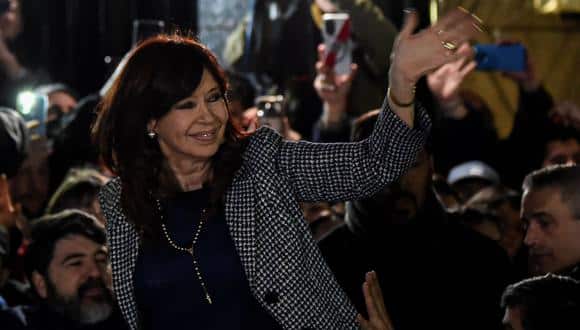 The Vice President of Argentina, Cristina Fernandez, greets supporters protesting in front of her residence in Buenos Aires on August 29, 2022. Photo: AFP

Which factories are there in our country from which hate speech is born? Without a doubt, they are the corporate, business, judicial and media “powers” that seek to impose a “new normality” on Argentine society.

Hate speech is the rambunctious ram of a project that aspires for an unrestricted manipulation of the workforce, that seeks to dispel some of the doubts of national sovereignty that we have left behind and which perpetuate violent forms of life.

Hate speech is an expression of the command of capital becoming fascist and at a time when it does not need to cover up its violence in legal forms. The crisis of the judicial system is largely related to this situation. These speeches are signs of a crumbling capitalism. A civilization is dying and everything indicates that it will not save hatred and death in its long departure.

There is a counter-revolution in the making. A rare counter-revolution without a previous revolution and without the threat of a future revolution. Anti-communism without the communist threat. There are no major systemic contenders in sight, which is why everything shows that the instability of bourgeois society responds to its own contradictions. Bourgeois society seems to have recognized that its sustenance requires deepening its own aberrations. There are no flaws left for bourgeois philanthropy.

Hate speech has a real impact and directly affects the repressive apparatus of the state, but also the “ordinary” people who are usually the most dangerous. They can encourage contempt for poverty and crazy fantasies. They can propose a free market in human organs. They can claim abstract republics while defending the organic and concrete dictatorship of the market.

Stigmatising, punitive, discriminatory words, launched from powerful platforms and repeated ad nauseam, became bullets, sooner or later, in bursts of predictions. They may appeal to various agents, trying to kill a woman in her home in the suburbs, a child in the Barracas neighborhood or the Vice President of the Nation in the Recoleta neighborhood, in all cases, as an imposition of hierarchy and market. The authority necessary for an organic and solid dictatorship.

A significant part of Argentine society recognizes Cristina as a resistant, feasible and tangible means, capable of counteracting the power of those factories. His assassination attempt, and the moment of political intensity it generated, confirmed that position. This gave more authenticity to his figure as a symbol of self-defense. Will he be able to take that responsibility and turn it into a policy?

Cristina’s assassination attempt also reminds us of the politico-business behavior of Argentina’s ruling classes and the weight of the tragic model that has marked our history. For the ruling classes, everything that represents the extent of their power (or the threat of a limit) is a declaration of war. Every recurring act of the popular universe is a declaration of war. And although Christina never shied away from iron bourgeois objectivity (she never said that she aspired to anything else), although the boundaries she proposed and continued to do, did not promote any “structural animosity”, The ruling classes repel him like pity and pity.

(taken from Voice in Struggle)