He burned his daughter’s rapist alive after mocking him: “So you don’t forget me” 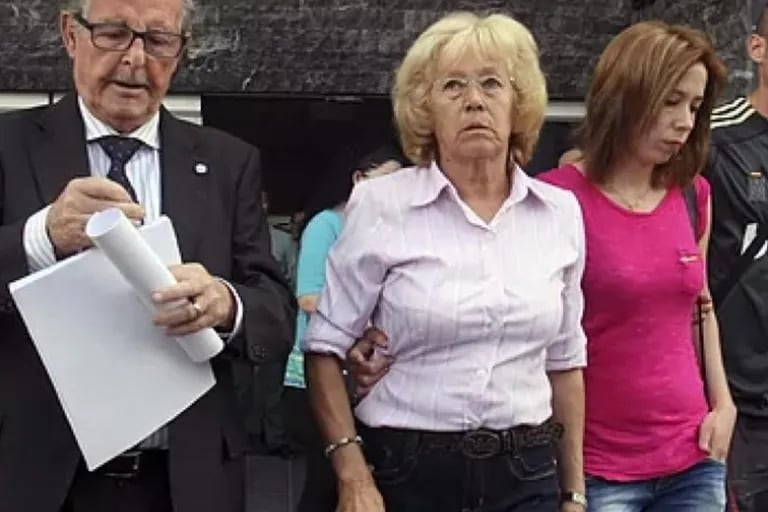 It was a hot morning on June 13, 2005 when María del Carmen García – nicknamed La Madre Justicera – waited for a bus in Benuejar, Spain. Everything was going on as usual, when suddenly a fat and stout man came up to her. Fury filled his eyes as Garcia stared at him. “Good morning, madam, how is your daughter?” the man asked. Clenching his fists, he said: “Damn it, damn it, it’s you.”

Afterward, the 69-year-old made his way to a small-town bar, calm and collected as he enjoyed a day of freedom. But Maria del Carmen was not so calm. The man who had smiled at her was Antonio Cosme, aka El Pincelito, who had raped his daughter when she was thirteen.

At the time, Cosme was serving a nine-year sentence and that day he decided to try his luck by going to the city for a prison permit. He thought of having a drink, meeting his friends, and then going back to the Villena prison. However, this never happened.

The real punishment of María del Carmen García began on October 17, 1998, when she asked her daughter Verónica to go get a package of bread. Then her neighbor Antonio Cosme Velasco approached the girl, grabbed her by her shirt, held a knife to her neck and forced her into a nearby forest.

According to the report prepared by the Provincial Court of Alicante, it was there that he sexually assaulted the young woman. The defendant always denied the facts, despite the fact that the medical report submitted by the plaintiff showed that there were traces of semen in the underwear and body of the minor.

The comments and accusations from the community took on the weight of what happened to their daughter. as he told the Spanish media province, The community constantly pointed to her saying “here comes the mother of the rape victim”. Furthermore, the family had to change their place of residence, as they were neighbors of the assailant. Not only did this create great insecurity, but he was also forced to act because of threats from people close to Cosme.

Two years later, In December 2000, the courts sentenced Antonio Cosme to nine years in prison and also ruled that he must pay 18,000 euros in compensation. The latter resulted in collateral damage to the victim and his family.

However, since 1998 María del Carmen García began being treated at the Orihuela Mental Health Unit for a picture of personality adjustment disorder stemming from the rape of her daughter. It’s important to keep this in mind because, according to the experts who tried Garcia, The subsequent incident with the offender was a “psychic explosion”.

While the criminal was walking towards the bar, Garcia had changed her route and was now walking towards her home. There he took some matches and a plastic bottle, then walked towards a nearby petrol pump, filled the container with fuel and headed towards the place where Cosme was. At the bar, Antonio was talking and drinking with another person at the bar. When she entered, the owner of the premises realized something strange was happening and stood before the 51-year-old woman.

“Get over Antonio, nothing’s wrong. I just want to talk to him,” he replied. With anger and determination she removed the worker and walked towards her daughter’s rapist. So he was Carmen took out the bottle and began spraying naphtha on her victim’s head while shouting, “So that you don’t forget me.”He threw a match at him and saw the man burst into flames.

María del Carmen ran out of the bar and was arrested the same night in the vicinity of the Port of Alicante. When she appeared, she was so delirious that the police could not take her statement. It was a fact that went around the world. Many initially criticized his actions, others called him a murderer, but there were those who saw a heroic act in him.

Even some media outlets and netizens started giving her the nickname “The Righteous Mother” or “The Mother of Courage”.

A week after the incident, Mohd. Antonio Cosme Velasco died at La Fe Hospital in Valencia due to the severity of the burns, which affected 60 percent of his body. Because of this, Maria was sentenced in 2010 to nine and a half years in prison by the Provincial Court. While the defense argued that the woman was merely trying to intimidate the victim, the court ruled that it was a treacherous murder; That is to say, the deceased had no way of defending himself.

The ruling also highlights the psychological problems stemming from the rape of Garcia’s daughter, who urged that something be done about it. According to the ruling, “the extrinsic provocation received by the defendant was of such emotional depth that his reaction was proportional to his aggressive action.”

Others, The woman must pay compensation of 80,000 euros to the widow of the attacker, regardless of who committed the crime. Earlier the judge specified that he understood that the mother of the minor was passing away, but it was his duty to apply the law anyway.

However, at the last minute, the Supreme Court reduced the sentence to five-and-a-half years, recognizing that the mental disorder was “of a special importance in the commission of facts.”

In order to prevent Carmen from going to prison, her lawyer, Joaquín Galante, tried on two occasions to leniency with his client, but was unsuccessful on both occasions. Despite collecting over 5,000 signatures supporting Garcia’s petition for release.

But Gallant did not give up. They say the third time’s the charm and that was it In 2017 Veronika’s mother was released from Vilna prison. That day he enjoyed the company of his family and in the afternoon was re-admitted to the Fontanclet prison in Alicante, where he was redirected to complete third grade. The third degree refers to a measure of ‘semi-freedom’ in which she could go out during the day, but had to sleep in prison until the end of her sentence.

“She will be off for a month or so. I don’t understand why third grade is like this,” his daughter explained through Spanish. secret, In 2018, the defendant completed his sentence and has since disappeared from the public eye.

Carrie Gibson: “There is a profound change among Hispanics regarding beliefs” – Alpha Y Omega