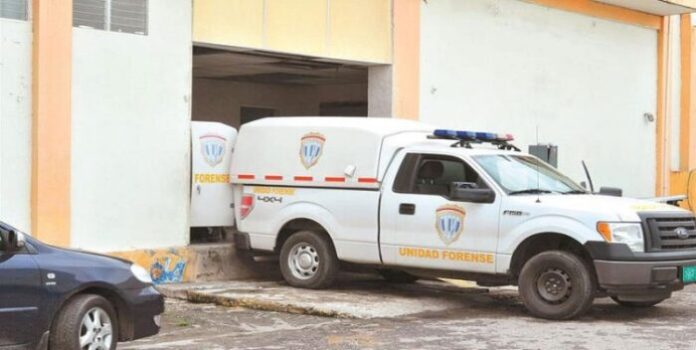 According to Douglas Rico’s version, the young woman hid the pregnancy from her relatives.

A 23-year-old woman was arrested in the state of Miranda for allegedly killing her newborn child. To “hide” the body, he put it in the washing machine and went to a health center for “bleeding of unknown origin.”

This information was released by Scientific, Penal and Criminal Investigation Corps (Cicpc) director Douglas Rico on his social network.

Everything was revealed when the young woman went to the Doctor Domingo Luciani hospital in El Lanito with severe pain and bleeding, where an evaluation by doctors determined it was due to a possible stillbirth, Rico said.

When asked about it, she denied that she was pregnant, but as the hours passed and when the doctors consulted her several times, she explained what happened.

It is there when doctors inform police forces and find the body of a 36-week-old newborn inside the washing machine at her home.

When autopsies and dochymesia were performed, it was determined that the baby was born alive and that the cause of his death was asphyxiation.

The girl apparently hid her pregnancy from her relatives and “while giving birth, he did not give her proper help and caused her death,” Rico added to her story. The woman is still admitted in the health centre.

The case was put under the order of the 65th Prosecutor’s Office of the Ministry of Public of the Metropolitan Region of Caracas.