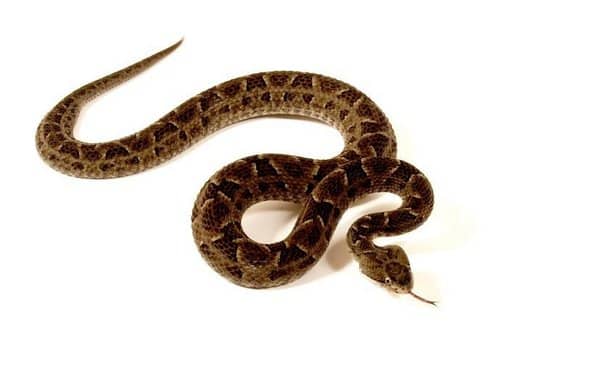 A line of research from the National University of Northeast (UNE) and the National Council for Scientific and Technical Research (CONICET) has shown, for the first time, which compounds are responsible for the anti-snake activity of yellow laurel (Nectandra angustifolia). , based on in vitro and in silico experiments (computer simulations). The results obtained in this work supported the traditional use of this species as an antisnake in popular medicine.

Thus a series of essays by contemporary science proved the original people right. The ethnomedicinal use of this plant is well known in popular medicine and the first written reports date back to the Jesuit missions in the 16th century, in which it was used by aboriginal tribes (Guarani from northeastern Argentina) for digestion, anti-ulcer and for pain. is done. , and to treat snake bites.

Venomous snakebite remains a major public health problem in many regions of the world, especially in rural areas where medical facilities are lacking; An estimated 5.4 million snakebites occur each year. In the northeastern region of Argentina, the rate of these cases involving ophidian accidents is higher than the country’s average rate. The genus Bothrops (Yarara vipers) is responsible for 97% of cases, with the eastern Yarara (B. diporus) being the most commonly reported species.

Snake venom is a complex mixture consisting of 50 to 200 components that can be in multiple protein and peptide isoforms. These enzymes have been shown to be responsible for the local and systemic effects of the toxin. Local symptoms include swelling, hemorrhage, ulceration, bruising, and necrosis.

Administration of anti-venomous serum is the standard treatment for toxemia; however, the side effects can be significant. Furthermore, anti-venom serum has little effect on the local effects produced by the venom immediately after the bite; It also requires special storage conditions and qualified personnel for its application.

Many studies have been conducted on plants with alexitrgic properties, focusing on their ability to relieve symptoms such as pain, bleeding, inflammation, infection or even poisoning. Reports on indigenous medicines from Central and South America include references to the use of various plant species of the Lauraceae family, including the genera Necandra and Ocotia, in the treatment of infections of the genitourinary, gastrointestinal, and bronchopulmonary systems. Additionally, they are used in the treatment of snake bites, toothache, rheumatism and other inflammatory disorders.

Plant extracts form a complex mixture of compounds with various pharmacological activities. A wide group of compounds have been reported as effective neutralizing agents against various species of Bothrops.

Among these chemical species, polyphenolic compounds have been widely studied because of their biological benefits. Flavonoids comprise a group of natural compounds with variable phenolic structures and numerous biochemical properties, of which its antioxidant activity is the best described.

There are few reports on the alexitergic properties of flavonoids against Bothrops species and specifically against the venom of Oriental Jarra chica. Its anti-inflammatory effects are also of particular interest as they may be responsible for the local effects of plant extracts in the treatment of snakebites. Among flavonoids, quercetin and its derivatives have been identified as compounds with various biological activities, including anti-inflammatory effects.

Scientific investigation of plants used in traditional medicine is a subject of increasing interest as a way to identify new anti-inflammatory agents that avoid the side effects that occur when using various commercial anti-inflammatory drugs long-term.

In this context, the potential to use plants from northeastern Argentina for bioprospecting active principles in biomedicine motivated the development of the project “Added value to NEA biomass rich in polyphenols. Its beneficial effects on health and modeling on molecular targets”. Evaluation of Effects.

Despite the widespread use of this plant for medicinal purposes, neither the chemical characterization of its extracts nor its biological properties by in vitro biological tests were reported.

It is an initiative approved by the National Agency for the Promotion of Science and Technology and complemented by the “Pew Conset” line. Within this line of research, a specific study was conducted to evaluate the anti-inflammatory activity of ethanolic extracts of Yellow Laurel, prior to studying the anti-venom potential of Jararas.

This work was carried out jointly by the “Laboratory of Biochemical Research” of the Faculty of Medicine (Libim) led by Dr. María Victoria Aguirre and the “Laboratory of Natural Products” led by Dr. Ana María Torres, both laboratories belong to the Institute Of Basic and Applied Chemistry of Northeast Argentina (Equiba).

For the study, bioactive constituents were obtained and characterized from an ethanolic extract of Necandra angustifolia (Yellow Laurel) with respect to its phytochemistry, confirming anti-inflammatory activity in in vitro and in vivo models.

The researchers said, “The study shows for the first time that the ethanolic extract of Necandra angustifolia is high in flavonoids and has antioxidant and anti-inflammatory biological properties, as demonstrated by multiparameter analysis of in vitro assays and in vivo models of inflammation.” Is.” ,

Within the framework of this work, the contribution of biochemist and thesis student Leandro Adrian Ferini stands out; Dr. Juan Pablo Rodriguez, Dr. Gabriela Olia and Bioc. Juan Pablo Melana, belonging to the Biochemical Research Laboratory (Libim) of the Faculty of Medicine, and Dr. Gonzalo Ojeda and Dr. Gabriela Ricciardi, belonging to the Laboratory of Natural Products “Ing. Armando Ricciardi”.

Meanwhile, regarding the approach of the research line on plants used in traditional medicine, Dr. Aguirre recognized that “it is of fundamental importance to provide a scientific basis that validates the ancestral use of regional ethnobotany and its potential applications.” does.” Biotechnology “.