He wanted to enter the United States as a tourist, was deported and gave his perspective on “which airports to avoid”. 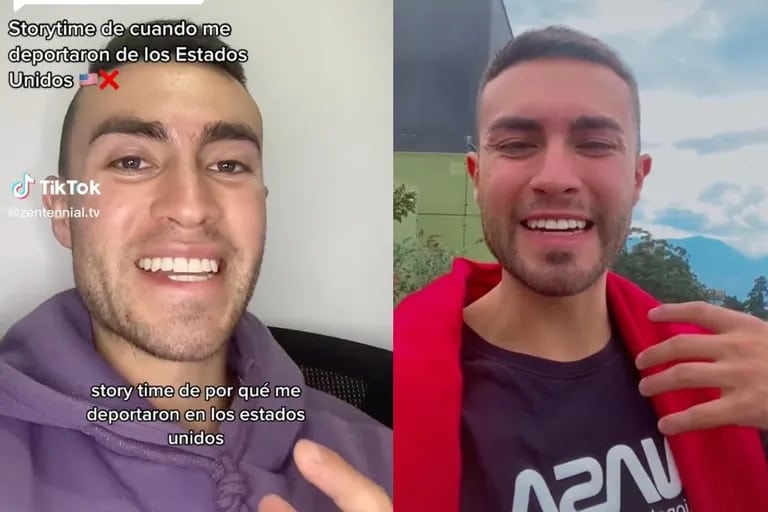 In order for an alien to enter the United States, he or she must demonstrate his or her intentions supported by an immigration document. Otherwise, you will most likely be deported and your visa cancelled.,

This is exactly what happened to a man who tried to enter the United States but had an unfavorable outcome. After his experience, he advised his compatriots Which are the airports to avoid by tourists.

The Colombian-origin youth had uploaded a video two years back saying he was going on a trip. He uploaded the clip to his @zentennial.tv account where he was excited to visit the US. Only now in a new recording has he revealed why that goal was never met.

Not only that, but his journey ended in the worst possible way: They took away his visa, returned him to his country and banned him from that country for at least five years, “They kept me in a cell for almost 24 hours. it was horrible. They searched my cell phone, they searched my suitcase, they asked me if I had drugs,” he said.

content creator consider that his mistake was entering through south florida, Clearly, Immigration controls are tighter in some places, according to his testimony. With his statement, he urged his compatriots to avoid going there: “Keep in mind that it is better not to go to the airport or Miami, or Los Angeles, or New York, Go to Las Vegas or Chicago because there’s little chance they’ll turn you back there,” he continued.

The influencer gave her virtual community some tips for getting past security filters, “If they see that you intend to stay and not return, they will not let that happen,” he said.

In this sense, before traveling in the territory of the United States It is necessary to ensure that there are records that link the traveler to his/her country, as recommended: “If you want to go to the United States, but you go with, for example, a tourist visa and you are not studying at university or you do not have assets, it is very likely that they will turn you back. “

Finally, the influencer sheds light on You also need to analyze the trips made in the past, In your case, Long-term resident in the US with your tourist visa, when I was between 17 and 20 years old, something that is not allowed. An immigrant may remain on U.S. soil only as long as immigration police allow him: “I had already entered several times and that was the main factor”she insisted.

Of course, the information provided by the content creator is not official. Regardless of which airport you arrive at, a US Customs and Border Protection agent will review both your passport and visa (if you are a citizen of one of the countries that requires one).

In addition, he will be in charge of verifying that the passenger complies with The intentions expressed in the immigration document. To do this, he will ask you some questions. If it detects a discrepancy, it will request a second inspection, It is in the latter that irregularities are usually verified, such as whether a person seeks to work with a tourist visa or has previously practiced it. Both conditions warrant deportation, as well as clearance for foreigners.

Mario Kart 9 reportedly on the way, this time with a ‘new twist’