Hear the Pomona Concert Band at an Outdoor Concert 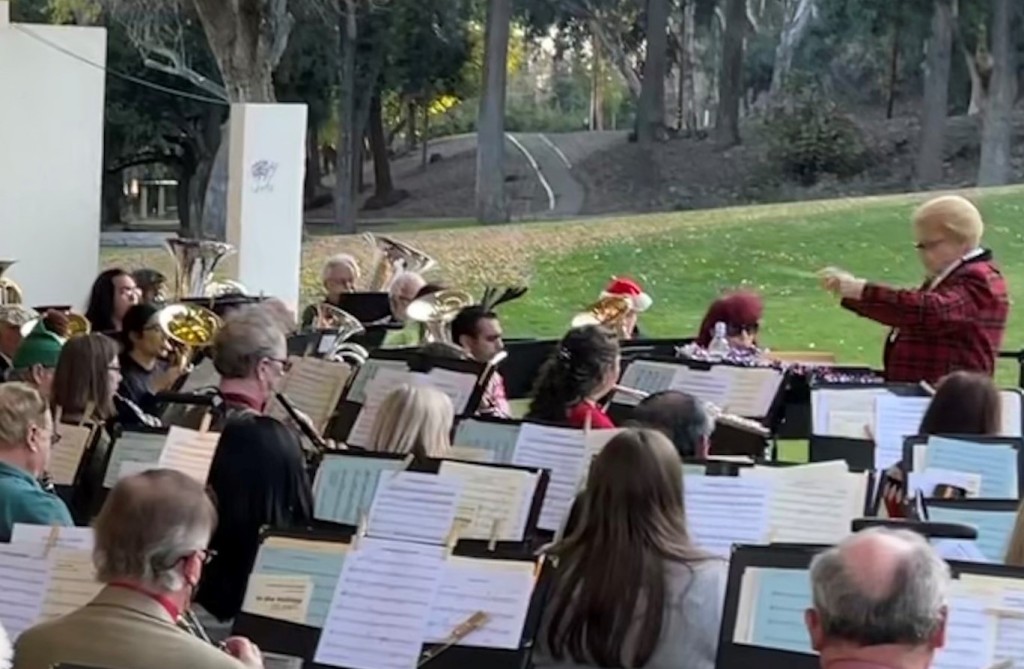 The Pomona Concert Band holds its annual spring concert, “Diamond Jubilee Celebration,” on Sunday, May 1, at 3 p.m., Ganesh Park, 1575 N. The G. Stanton Selby will present in the bandshell behind the Community Center building at White Avenue.

The concert is sponsored by Pomona’s Department of Community Services, and admission is free.

Linda W. Taylor, Jorge Garcia and Carey Kline will direct the band. According to a news release, the ceremony’s master, David Allen, is a columnist for the Southern California newsgroup, and Heriberto Feliciano will lead the Color Guard.

The program includes “Tubi the Tuba”, a 1945 piece about a little tuba who feels sad because he never finds the melody in the lyrics. Steven Klein will play Tubby and Jorge Garcia will tell the story of Tubby. The lyrics are by Paul Tripp, the music is by Georg Klinsinger, and arrangements are by Georg Roach.

Vicki Bertram will play “Gabriel Oboe” by Ennio Morricone and will be arranged by Robert Longfield on the English Horn.

The program also includes “Theme and Fugue” from “The Young Person’s Guide to the Orchestra” by Benjamin Britten; “We May Rise,” arranged by Preston Hazard; “The Melody Shop March” by Carl King; “Road to Damascus” by Ed Huckabee; “Soaring with John Williams” arranged by Robert W. Smith; “Overture Jubiloso” by Frank Erikson; and the music of “The Wizard of Oz” arranged by James Barnes.

The event will also include Carl King’s “Diamond Jubilee March” to celebrate the band’s 75th anniversary.

Pomona Concert Band was founded in 1947 by G. Stanton Selby and has represented the city of Pomona in many shows and performances over the years, including tours in Europe and Japan in the 1980s.

New this week: ‘House of the Dragon,’ Lakers Doc and Lovato

Stefan Bondy: Donovan Mitchell is worth betting on the Knicks