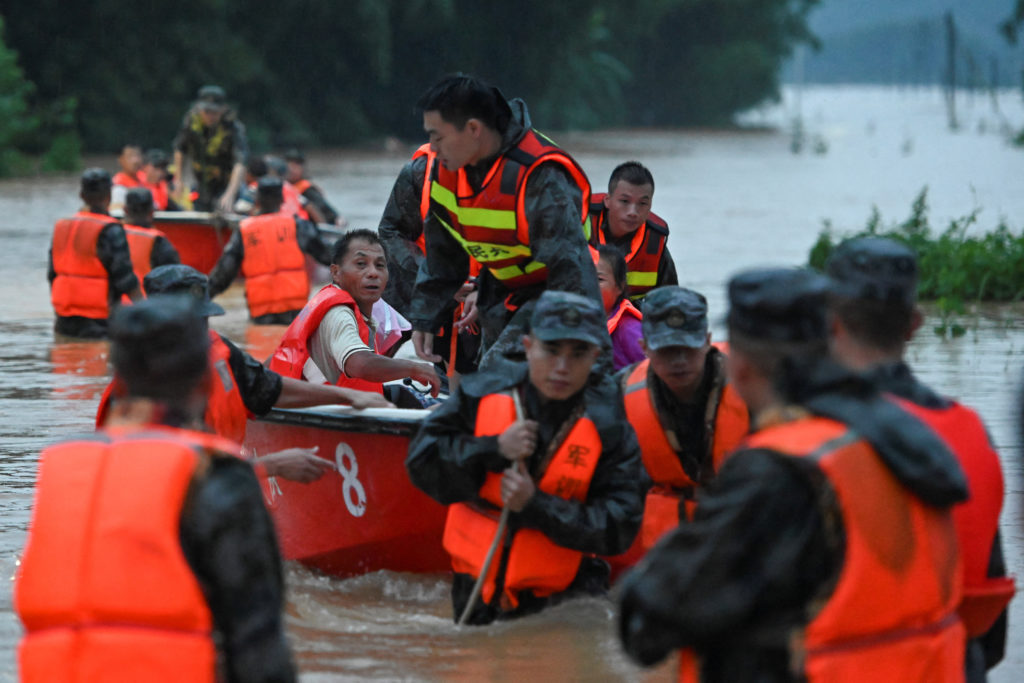 BEIJING ( Associated Press) — Major flooding has forced the evacuation of tens of thousands of people in southern China, with more rain expected.

WATCH: Secretary Blinken on the war in Ukraine, Biden’s trip to Saudi Arabia and China’s aggression

Parts of Guangdong’s manufacturing hub have suspended classes, office work and public transportation due to rising water levels and the threat of landslides.

In the neighboring province of Jiangxi, nearly 500,000 people have seen their homes destroyed and their lives taken.

Approximately the same number was affected in Guangdong province, mainly in the cities of Shaoguan, Heyuan and Meizhou.

Torrential rains have destroyed roads in parts of cities and washed away homes, cars and crops, with more rain forecast in the coming days. Chinese authorities on Sunday issued the first red alert of the year, the most severe warning for mountain torrents.

In Zhejiang province, north of Guangdong province, rescuers in inflatable boats pulled out residents stuck in their homes in flooded villages.

Farther north, storm warnings were issued for most of the eastern provinces, including the capital Beijing, while reservoirs in central Henan were at flood level and were sending torrents of water downstream.

Floods regularly occur in China during the summer months, most often in the central and southern regions, which receive the most rainfall. This year’s flooding was the worst in decades in some areas and comes on top of strict COVID-19 regulations that have choked travel, work and regular life across much of the country.

China’s worst floods in recent years occurred in 1998, when more than 2,000 people died and nearly 3 million homes were destroyed, mostly along the Yangtze River, China’s most powerful river.

The government has invested heavily in flood control and hydroelectric projects, such as the massive Three Gorges Dam on the Yangtze River.