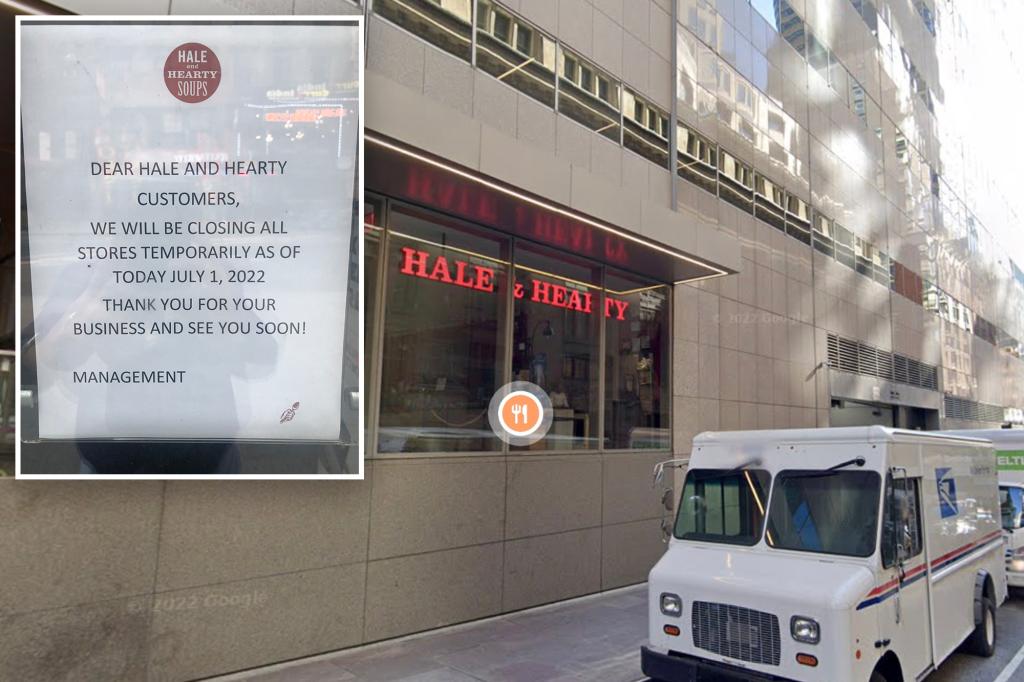 Hell & Hearty, a popular New York soup cafe for 20 years, quietly closed all of its stores “temporarily” according to signs in the windows. The brand has 16 locations in Manhattan, Brooklyn, and Long Island, or tens of thousands of square feet of retail space in prime locations.

Shutdown came without warning. The branch at 745 Seventh Avenue was just as full of soup as it was two weeks ago.

But unexplained shutterings were not reported until now. Ironically, the stores even had signs saying “We’re hiring!”

No further information was immediately available. The Hale and Hardik website “contact us” box was not working.

A Hale and Hearty branch at 111 Fulton St. was recently sued by major food vendor Chef Warehouse for nearly $160,000 in unpaid invoices and $400,000 in unpaid rent by its landlord.

But nothing was known about the circumstances at other places.

The series has had its ups and downs. This was reduced from 21 locations a few years ago and its Midtown and FiDi outlets were hit by the loss of lunchtime traffic by COVID-19.

But the shutdown, if it becomes permanent, will be a loss for the city, especially as office workers continue to backtrack. It’s becoming increasingly difficult to find reliably good soup in Manhattan, and no chain offered such a wide range on a daily basis—from light chicken sabzi to thick New England clam chowder with pancetta, all made in Brooklyn kitchens. Its sandwiches were not bad either.

Beyond NATO, new alliances could defend democracy and counter Putin

‘The Sky Is Everywhere’ Review: Amid Grief, Blossoms of Joy