Here are the states most affected by the Rowe vs. Wade reversal 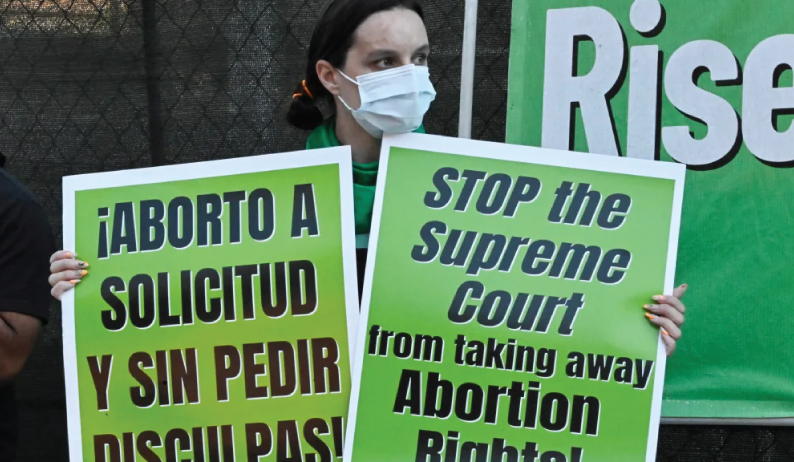 On Friday, June 24, the Supreme Court ended the constitutional protection for abortion that had stood in America for nearly half a century. This comes as no surprise because the secrecy and secrecy of the Supreme Court was violated when Politico received its draft majority opinion on May 2.

The court’s conservative majority decision reversed the historic Roe v. Wade ruling and is expected to ban abortion in nearly half of the states.

June 1970: A Texas district court ruled that the state’s abortion ban was illegal because it violated a constitutional right to privacy. Roe is actually Norma McCorvey, who went to court against Dallas County District Attorney Henry Wade. Wade announced that he would continue to prosecute doctors who performed abortions. The case was eventually appealed to the US Supreme Court. McCorvey gave birth and put the child up for adoption.

1971: The Supreme Court agrees to hear the case filed by Roe against Wade. Wade was ignoring the legal ruling and both sides appealed.

January 22, 1973: The US Supreme Court, in a 7-2 decision, upholds the validity of a woman’s right to an abortion under the 14th Amendment to the Constitution.

The court divided the pregnancy into three trimesters and declared that the choice to terminate the pregnancy in the first trimester was entirely up to the woman. In the second trimester, the government may regulate abortion, although it cannot be restricted, to protect the health of the mother.

In the third trimester, the state may prohibit abortion to protect a fetus that can survive on its own outside the womb, except when a woman’s health is at risk.

what is 14th amendment

The 14th Amendment to the US Constitution was ratified in 1868 during the Reconstruction era to end slavery and establish civil and legal rights for black Americans. The third clause, “nor shall any state deprive any person of life, liberty or property without due process of law,” expanded the Due Process Clause of the Fifth Amendment to apply to states as well as the federal government.

Over time, the Supreme Court has interpreted this section to guarantee a wide range of rights against violation by states, as well as the right to privacy and other fundamental rights not mentioned elsewhere in the Constitution.

In 1997, McCorvey started Roe No More, an anti-abortion outreach organization that was dissolved in 2008. She was received in the Catholic Church in 1998.

In 2003, McCorvey filed a motion with the federal district court in Dallas to overturn the case and ask the court to consider new evidence that abortion harms women. This proposal was rejected in 2004.

Shortly before his death on February 18, 2017, McCorvey was interviewed for the documentary “AKA Jane Roe”, which was to be released in 2020. McCorvey told the film’s director that she had not changed her mind about abortion, but became anti-abortion. worker because he was being paid.

There are conflicting views about how he felt about the issue from multiple sources.

The leaked documents were about the constitutionality of a 2018 Mississippi state law in Dobbs v. Jackson of the Women’s Health Organization that bans most abortion procedures after the first 15 weeks of pregnancy. Lower courts have halted the enforcement of the law with a preliminary injunction.

Oral arguments were given before the Supreme Court in December 2021.