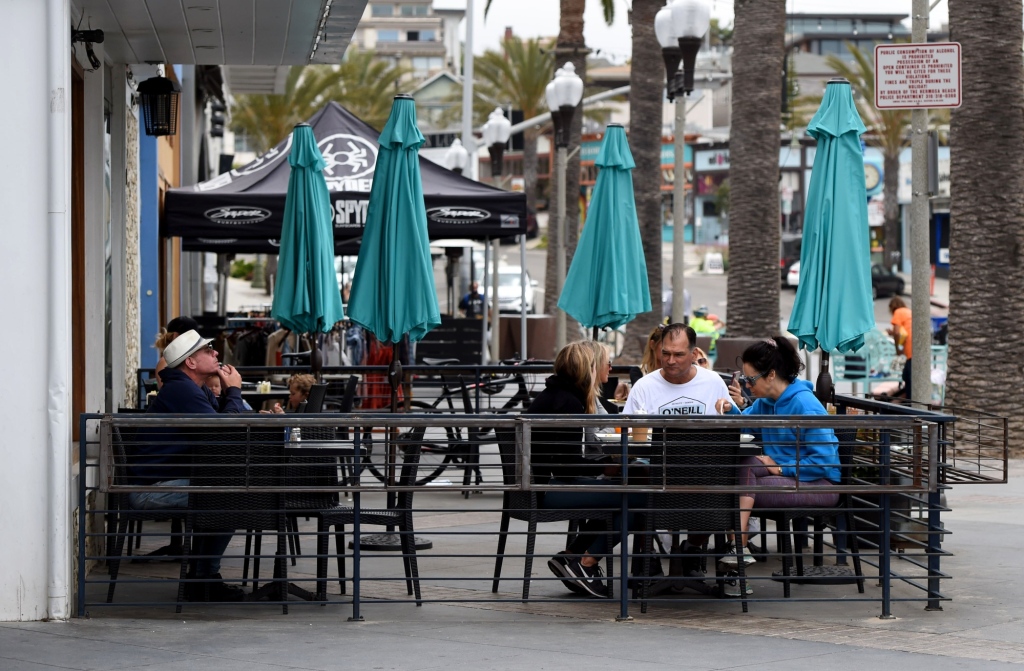 The Hermosa Beach City Council at its June 14 meeting approved reducing the size of some dining decks, helping the restaurant survive more than two years of the pandemic.

In previous meetings, council members expressed concern that some dining decks were being under-utilised and taking away parking space from other businesses that have also been affected by the COVID-19 restrictions.

According to environmental program manager Doug Cross, the three restaurants — Roc Sushi, Rockefeller and Steak & Whiskey, all on Pier Avenue — will be required to reduce the size of their on-street dining decks within 45 days.

The lack of those dining decks would add five parking spaces.

“Currently, a deck can be as big as it wants, if it has either frontage or permission from neighboring businesses,” Cross said at Tuesday’s meeting.

The council’s decision means that a restaurant can make maximum use of either the two street parallel parking spaces or the three head-in parking spaces on the Pier and Hermosa Avenues for the street dining deck.

But those rules won’t apply if a restaurant has substantial store frontage and doesn’t require permission from the property next door. Then that restaurant can use three parallel parking spaces or four head-in parking spaces.

“In many other businesses in this sector, there is a feeling among some of the other stakeholders that there is a disparity with this, there is too much room in these businesses,” Kraus said.

At a meeting in May, the city council voted to extend its temporary outdoor dining program to the end of the year in order to develop a permanent program. The council also approved program improvements focusing on the maintenance and aesthetics of the dining deck.

When the city council approved the outdoor dining program more than two years ago, it was an effort to aid struggling businesses hit by the pandemic. Since then, more than 60 businesses have taken advantage of the program that allows them to encroach on various public jurisdictions, including sidewalks and parking lots.

Pier Plaza operations that previously had outdoor dining facilities but were expanded during the pandemic will pay $1.50 per square foot, along with a restoration fee at the original location.

The fees would generate approximately $700,000 annually.

The future of the Dining Deck at Pier Plaza was also discussed at Tuesday’s meeting.

“It takes business away from the rest of the city, and it exacerbates the public safety problems that we have because of the size of the establishments,” Macy’s said Tuesday.

Macy’s, who was not the only vote on Tuesday, was in favor of limiting the size of the dining deck, but suggested that new dining decks built during the pandemic on Pier Plaza should be finished in the fall. He thinks the business has enough time to “help them get back on their feet” so they can “get the plaza back to pre-pandemic.”

Macy’s instructed city employees to bring back agenda time to consider the Sunset Dining Deck at Pier Plaza in the fall.

On the phone Wednesday morning, Macy’s said indoor dining would be allowed for the foreseeable future, so he thinks September or October, after peak summer weather, would be a good time to consider the Sunset Pier Plaza Dining Deck .

“Simply because by then, the food and beverage business will not only be able to survive the pandemic, but will be able to generate several months’ worth of revenue,” Massey said.

Council member Mary Campbell said at the meeting Tuesday, she sees progress on Pier Plaza and that council “should not make hasty decisions” when it comes to the future of the dining deck there.

US eases immigration requirements for Afghans