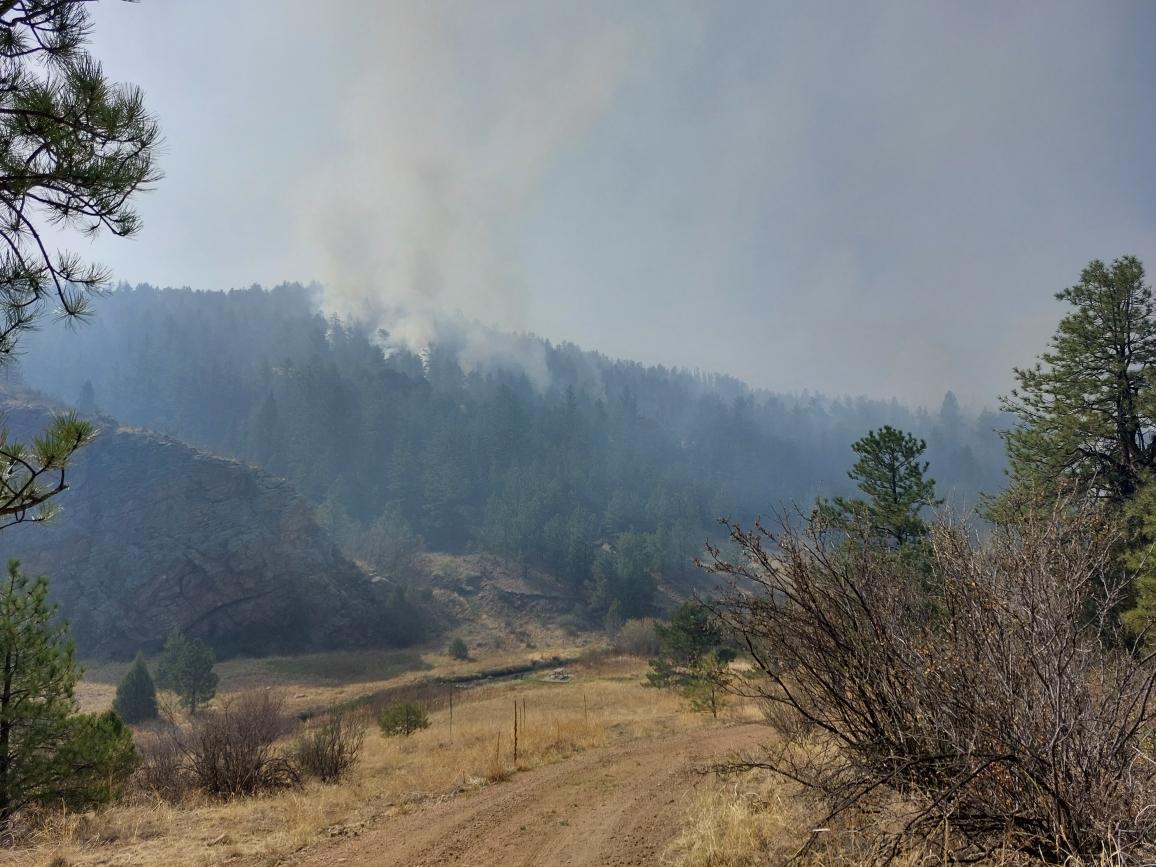 Firefighters in Colorado continued to work on two wildfires Thursday in red-flag weather conditions with humidity and cold weather on the way.

The High Park fire, burning in Taylor County, about 5.5 miles west of Cripple Creek, has scorched about 1,572 acres, or about 2.5 square miles, since it began on May 12. The fire is 87% contained, fire officials said Thursday. About 360 people are working on the fire.

A red flag warning for serious fire safety concerns was posted Thursday by the National Weather Service for wide areas of Colorado from 11 a.m. to 9 p.m., including the fire area where temperatures were in the 70s by about 13%. Humidity and winds were around. 38 mph

“Cold temperatures and rain in the form of rain and snow are expected for the weekend,” fire officials said.

Fire officials urged the public to remain alert and exercise caution while traveling on the roads adjacent to the fire area. All road closures and evacuations have been lifted over the fire.

The Plumata fire is raging 7 miles north of Pagosa Springs. An evacuation order remains in effect for the Lost Valley of the San Juan area in northern Archuleta and southern Mineral County.

The fire in 735 acres is 0% under control and 184 people are working on the fire. So far, $1.1 million has been spent in controlling the fire, fire officials said on Thursday.

On Wednesday, the crew secured the Line of Control at Formile and Plumta roads. Cloud cover aided firefighters on Wednesday, but severe fire conditions, and a red flag warning – with hot, dry and windy weather – were deployed for the area Thursday.

Firefighters were working on Thursday to prevent the fire from crossing Formile Road.

“Fire managers have to practice risk-based decision-making and keeping our firefighters and the public safe is the number one priority,” Incident Commander Brad Pietruska said in a news release. “The potential for fire to cross the foremile road still exists, but well-rested workers are better prepared to make good, safe and effective decisions.”

Lightning struck grass at the entrance to Great Sand Dunes National Park and Preserve around 3 p.m. on Wednesday.

Multiple fire agencies responded to the 306-acre Medano fire, which was 100% on Thursday.

The Great Sand Dunes has reopened the park at 8:15 p.m. The 306-acre Medano Fire is 80% contained. The firefighters will keep working till the whole night is brought under control. Great Sand Dunes would like to thank everyone who helped keep our employees and visitors safe. pic.twitter.com/Sn7UeZ446P

The fire burned through brush and grass to the west of the park entrance. No structure was burnt. Inbound park traffic was temporarily closed and the park reopened at approximately 8:15 p.m.

Firefighters worked with the Colorado Division of Fire Prevention and Control, the Alamosa Fire Department, the Mosca/Hooper Fire Department and the San Luis Valley Interagency Fire Management Unit on the fire.