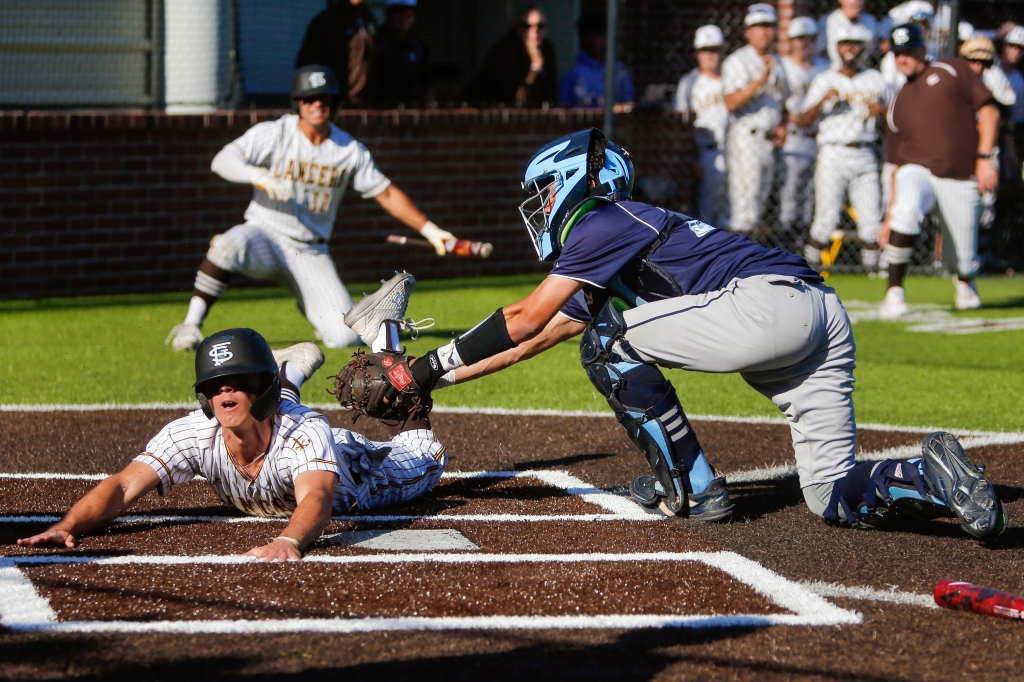 Mountain View – Final out against Wally Christian is never easy. It’s been like this for years.

On Thursday at his home turf in Mountain View, St. Francis was knocked out in the final and then celebrated in the midst of his diamond for the second week in a row.

There will be no co-champion in WCAL this season.

St. Francis has the crown of all.

The Lancers beat Wally Christian 2-1 as baller-committee Blake Rogers hit 12 and Elias Duncan hit both St. Francis runs and singles up the middle in the second.

It is the first time since 2015 that St Francis have won the league’s regular-season and post-season championships.

At the time, St. Francis was the top event in the Central Coast section.

Now, Vale have the proverbial goal at their back after winning the top division in each of the last four CCS playoffs.

This season, St. Francis, ranked No. 1 in the latest Bay Area Newsgroup Top 20, has won two out of three games between the teams.

“We just compete,” Duncan said. “That’s all we do. It was our goal at the beginning of the year, to win both and keep going at CCS and keep working hard.”

Wally, No. 2, reached Thursday’s final earlier in the day when he completed a 12-6, 12-innings semifinal victory over fourth-placed Bellarmine.

Play was postponed due to darkness at Bellarmine’s home ground on Wednesday and resumed on Thursday at St Francis, with Wally leading 9-6 and no one at the top of base 12th.

Wally added three more runs and then retired to get Bellarmine to go fast.

The title game began about 45 minutes after the last out.

“I can’t give him enough credit,” said St Francis coach Matt Maguire, “for playing that long game yesterday and coming here today and doing that work (against Bellarmine) and sitting here for 45 minutes and Then come out and compete. That’s what they do.”

Rogers stopped No. 702 with a scintillating performance.

Senior allowed three hits and three runs, including a free pass, to open the seventh. He calmly struck the next two and then got a dribbler in the middle that Duncan, shortstop, scooped up and moved to second to end the game and ignite a celebration.

“It was awesome,” said Rogers, celebrating with my teammates. “It is every little kid’s dream to be out in the championship (game) in the last innings and close it for their teams. it was very nice.”

Maguire said starting pitching has been a strength throughout the season. He strongly praised pitching coach Jamie Ybarra for keeping that part of the team on point.

“He’s done an incredible job with the staff throughout the year,” Maguire said. “There were some question marks about our pitching and all that sort of thing. That is not a problem. You just look at the last three (league playoff) games. We started in 20 out of the 21 innings we played.”

Hunter Fujimoto’s two-out single to center went into Wally’s only run against Rogers in the fifth.

Duncan said he could tell Rogers about his game even before the first pitch.

“It’s so funny, he just had that look in his eyes on game days,” Duncan said. “You can tell he wants it. He’s the most competitive player I’ve ever played with.”

The seeding meeting is on Wednesday and the opening round is on May 21.

Wyatt King, who had eight RBIs in last week’s win over St Francis who won the league’s regular season title over Archbishop Mitty, had two doubles on Thursday.