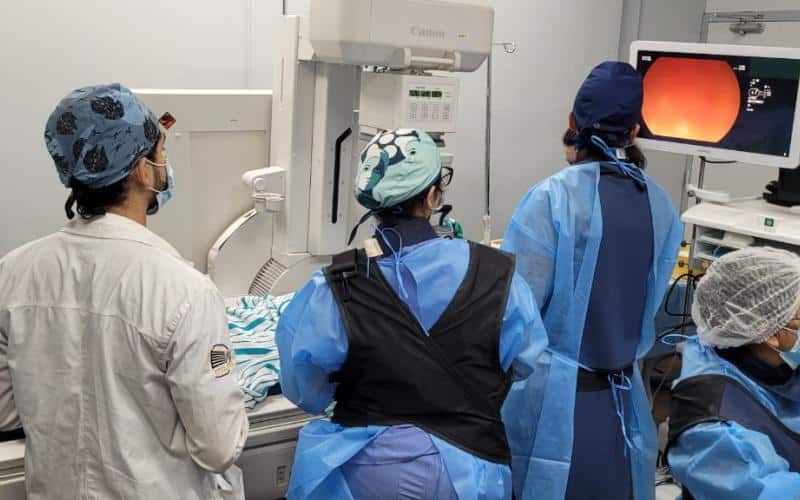 Guatemala City, October 4 (AGN) – Heidi Ariola, 22, patient of San Juan de Dios General HospitalThanks to the staff of the Surgical Endoscopy Unit, who managed to save their lives through the acquisition of advanced technology.

The patient indicated that her condition was triggered by two traumatic pregnancies. Such symptoms led to her being admitted to a private hospital, where they operated on her to remove some stones from her gallbladder.

However, he explains that his pain continued and this time with a yellowish tinge to the skin.

By that account, he was admitted to the San Juan de Dios General Hospital, where he discovered an injury to the bile duct, which prevented bile from passing into the intestine.

Doctors at the center told him he had to undergo another surgery, this time a high-risk surgery, which involved removing the entire bile duct. In addition, it was necessary to upload the intestine to the liver, as it was the only option at the time.

In this sense, with the support of specialized personnel and the constant innovation of personnel from the surgical endoscopy unit of that care centre, his intervention was successfully performed.

For this reason, officials at the center highlighted that with advanced technology such as the endoscopic cholangioscope, which carries a camera, it was possible to visualize the patient’s bile ducts and save his life.

Today I am completing 8 days of my surgery, I am calm, I feel much better, I am just waiting for my recovery. I am very grateful for the attention I have received and all the information the doctors have given mes, highlighting Heidi Ariola.

Mario Garcia, head of the surgical endoscopy unit of San Juan de Dios General Hospital, indicated that the procedure performed on the patient involved making the bile duct permeable to allow passage of bile. In addition, a thin plastic tube called a . is called stentto close the duct.

If this procedure was not performed, the patient would have developed liver cirrhosis or a life-threatening bile duct infection. He is currently recovering and will be able to lead his life normally.Concluded the head of the above unit.

They design vaccination campaigns against rabies in dogs and cats