His flight was overbooked and the airline offered him a choice that stunned him: “How come I didn’t lose it?” 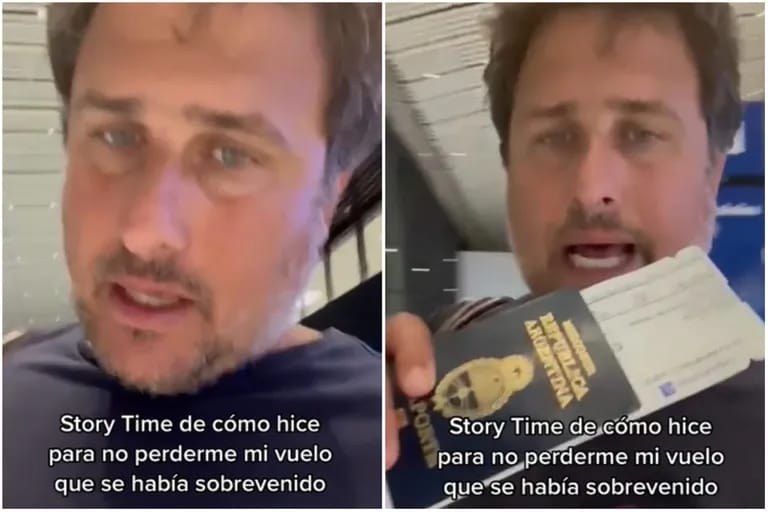 It’s no secret that airlines overbook plane tickets To travel with a fully completed flight, that translates into an economic benefit. It also happens very often that once a passenger declares himself at the counter, the staff informs him You can’t board because your seat is already taken by someone else, This was the case of a person who decided to share his experience through his social networks.

Javier de Tejanos is an Argentine who was informed by the airline he was traveling with that he would not be able to board his flight, as another person would be sitting in the seat he had paid for.

via tiktok, man She shared the strategy she implemented to avoid being swayed With this decision of the airline. Although he did not specify which company he was traveling with, he gave a step-by-step account of his interactions with the staff.

“Your flight is overbooked, so you’re out of it”, De Tejanos debuted in his video, who later added that he had heard about the compensation that airlines offer in these cases. According to what he said, people agree not to board a plane in exchange for a hotel stay.

Quickly, he proceeded to tell airline staff that not only was it not enough for him to spend the night in a hotel, but he was unwilling to leave the flight straight away. Thus he said that in addition to staying, Compensation may include food and drink, or otherwise, that they upgrade you from tourist class—one of your tickets—to business. However, he informed them that the latter was not possible.

In this sense, he said that the airline offered to pay for his stay in a five-star hotel, which included food and drink and Additionally, $400 ticketHowever he did not specify whether this was to be spent inside hotels, or if it served as a credit to purchase tickets on an airline.

However, Javier was surprised when the airline’s own staff suggested that he go to the boarding area and offer another passenger the entire package that had been proposed to him. i mean the idea was So that someone can get off the plane for a profit of $400 so that he can get on.

In the video, he was seen surprised by this proposal. “Heart down, adrenaline too. I did it. the inspection!,, de Tejanos was heard saying as he explained that he had found someone to stay at the hotel. Meanwhile, he was finally able to travel on the flight he had procured.

It is not uncommon for airlines to offer this type of compensation. In fact, after the resumption of flights after the Covid-19 pandemic, Demand has returned to pre-2020 levels Therefore, all airlines have had to implement this dynamic to meet all passengers.