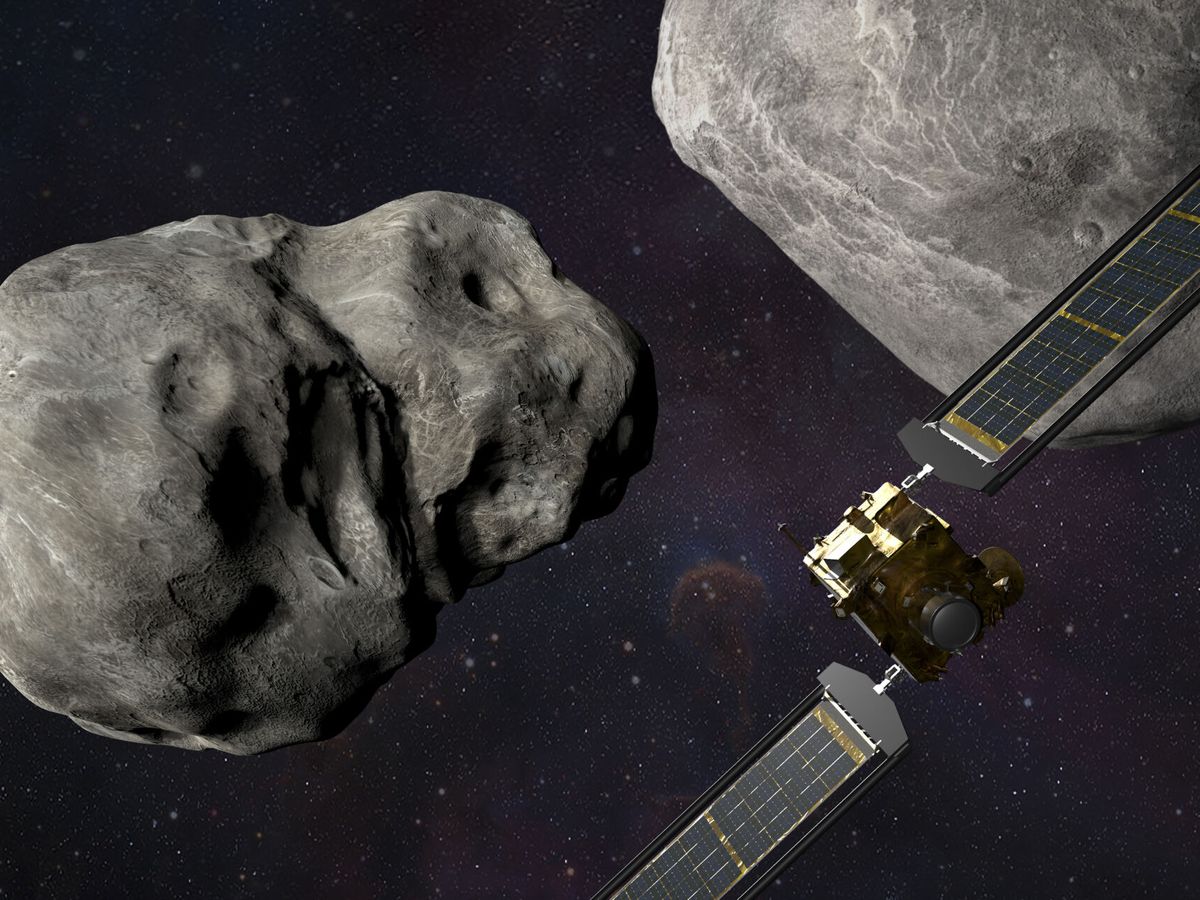 Today the world witnessed a feat humanity had never achieved before: intentionally dropping a spacecraft into an asteroid in an attempt to deflect its orbit slightly, preventing future cosmic objects from destroying Earth. An important test to demonstrate ability. life on earth.

That is the objective of NASA’s DART (Double Asteroid Redirect Test) mission, a probe that was launched by the US space agency in November last year from California (United States) and reached its final destination at a speed of about 6.15 kilometers per second. It took ten months. The small asteroid moon Dimorphos (160 m in diameter), orbits a larger companion known as Didymos (780 m) in a binary asteroid system.

To make sure that this mission – which looks like something out of a science fiction movie – was safe, Didymos and Dimorphos were chosen because neither of them represent danger, as both revolve around the Sun. , cover a distance of billions of kilometers from Earth. The perfect laboratory to conduct an experiment that NASA considers important because it will allow enough information to be held before there is a real need.

Following the impact, the DART research team will now compare the results with highly detailed computer simulations of kinetic impacts on asteroids. This will allow scientists enough data to evaluate the effectiveness of this mitigation approach against potential asteroids that threaten to crash into Earth in the future, determining the best way to apply it to future planetary defense scenarios. , as well as qualifying accuracy. Given computer simulations and how well they reflect the behavior of a real asteroid, these rocks are complex bodies with a variety of unknown physical properties, internal structures, sizes and geological features.

And it is that Dart’s effects against diamorphos, in addition to being followed by viewers around the world in a live broadcast by NASA, were also monitored by a series of telescopes both on Earth and in space, which observed the event. was. With its instruments, including James Webb, the most powerful space observatory of its kind and which was put into orbit late last year.

Among the observatories on Earth’s surface are the NASA Deep Space Network’s radio telescopes, one in Robledo de Chavela (Madrid), another in Canberra (Australia) and the third at Goldstone (USA).

Impact Success! view from #DARTMIssionThe DRACO camera of the vending machine-sized spacecraft successfully collides with the asteroid Dimorphos, which is the size of a football stadium and poses no threat to Earth. pic.twitter.com/7bXipPkjWD

Receive our latest publications daily in your email.