History of America written in Spanish 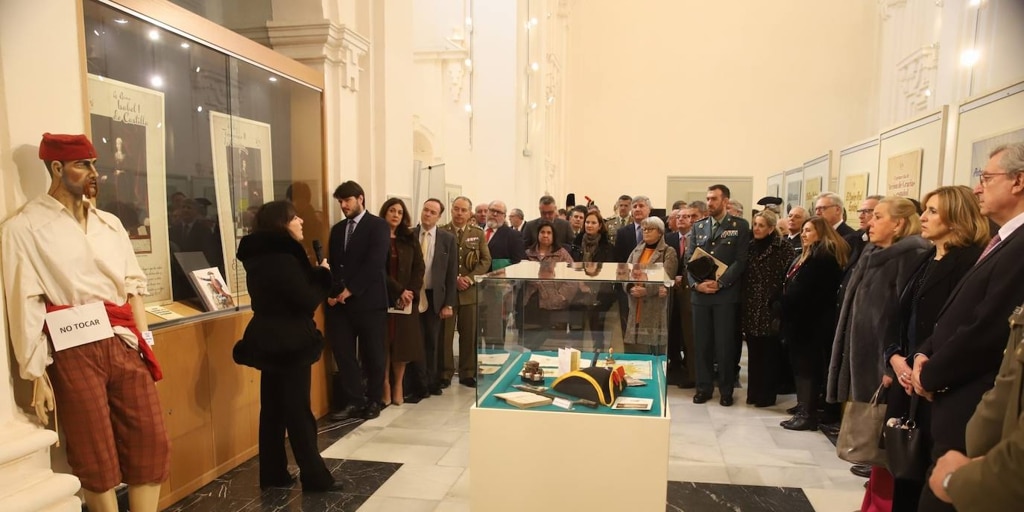 Two-thirds of the territory occupied by the United States today was an extension of the Spanish Crown. viceroy of new spain which began in 1535 and ended with the ceding of Florida to the Spanish in 1821. In the words of Thomas Jefferson, one of the nation’s founding fathers and the third North American president: “The history of the United States of America is written in Spanish.”

Under the title ‘In the Spanish Heritage’ United States of America The Ministry of Defense and the Legacy Association inaugurated this Tuesday the exhibition project that aims to tell the story as it was “an unbiased and documented story” in the words of Eva García, curator of the national exhibition and president of Legacy. San Felipe Neri Oratory in the capital.

The purpose of the exhibition is to publicize the importance of Spain in the United States through relevant milestones, such as the participation of great personalities such as Captain Gen. alvar nuñez de cabeza de vaca Or the unknown history of Admiral Pedro Menendez de Aviles or General Manuel Montiano.

History files, coins, postcards, some of them handed down by descendants general montiano -Present at the inauguration because they are from Córdoba- These showcases recall traces of history that testify that the existence of the United States would have been very different without Spain’s presence in those centuries prior to Spain’s presence.

Deputy Representative for Defense in Córdoba, the Coronel Íñigo LaquidaínColonel Carlos Echevarría, together with the Defense Representative in Andalusia, has emphasized the importance of this exhibition project which has toured Spain with great success and will be open until the next 10 February.

For his part, the exhibition curator explained that America could not be understood without its Spanish heritage, saying “there is nothing more Spanish than a cowboy”; carts reminiscent of El Rocio and Chickens, Pigs and Cattle came from Spain; there was nothing; Horses were domesticated”, insisted the Legacy curator.

One of the assets of the exhibit is the details that the Spaniards contributed to the American War of Independence. “You will be surprised to see that the patriots of the country thirteen colonies “They got dressed, medicated, kept warm and defended themselves thanks to the support we gave them,” says the Legacy Commissioner.

A showcase of the exhibition in San Felipe Neri

through a poster with interactive QR codes with which you can reach about twenty history video documentaries With a video game aesthetic, Legacy showcases this story unknown to many so that it reaches children, as it is a “true story” according to Garcia.

The prints show everything from the clothing of Spaniards in American territory to the battles of Spaniards against British soldiers, highlighting the contours of characters such as luis of cordoba Who at the age of 73 surrounded 50 British ships with only 20 ships and captured them in the port of Cadiz.

The exhibition also had the presence of Colonel Juan Carretero of the Civil Guard Command in Córdoba, who was responsible for Circle of Friends of the Guzman El Bueno Brigade“Museo Historico Militar de Granda” Foundation or Army Brand Ambassador “Alfonso Rojas Salcedo”

US study cards for migrants in deportation process

Poll: Was the Jags’ Decision to Release Miles Jack a Good Move?