History repeats itself: Felton Unit 1 goes out of service again and blackout worsens in Cuba 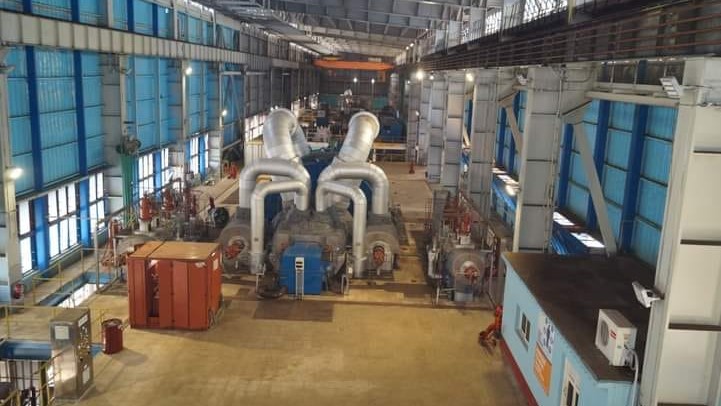 Unit 1 of the Lidio Ramon Pérez Thermoelectric Plant in Felton, Holguin, reported by the Electric Unionwho had synchronized the national electricity system on Sunday, once again out of service, deactivating the thermoelectric plant that supplies the largest amount of energy to the national grid And predicts prolonged blackouts across the country.

This represents a production loss of 650MW during the dayWhich will be even higher during peak hours.

In addition to the above, Unit 4 of the Cienfuegos Thermoelectric Plant is under maintenance, while the 20MW steam turbine at the Energias Varadero plant is out of service, and thermal output limits of approximately 419 MW remain.

Felton Unit 1 suffered a boiler failure last week And it was just repaired.

This situation occurs when The boiler of Unit 2 of that thermoelectric plant is being destroyed after the July 8 fire would cause serious damage to both the installation and its supporting structure.

according to official newspaper Granma, 70% of the boiler and its components will be destroyed Since, “due to the damage done to one of its pillars, the structure suffered an imbalance or deformation”.

Officials from the Ministry of Energy and Mines indicated in late July that the repair would take a year or more, so the prospects of overcoming the current energy crisis were not encouraging.

The Cuban electricity generation system has collapsed for yearsHowever, the worsening of the situation occurred at the beginning of the current summer.

“The system has an installed capacity of 6,550MW and 2,500 are available today, for a demand of 2,900MW,” recognized the Minister of Energy and Mines, Liván Aronte, who noted that demand increases of the order of 100MW above normal. recent weeks.

Arronte remembered that There are 20 generation units in Cuba, 19 of which have an average of more than 37 years of operation. “A thermoelectric plant is designed to last about 25 years,” he said, and today has “16 of its capital maintenance cycles.”

Similarly, in the case of generator sets, which produce energy fuel oil and diesel, these are today 30% and 44% respectively. It assured the minister, referring to a reduction in fuel shipments from Venezuela, the island’s main supplier, due to the “lack of resources to put them into operation”, and which has increased its exports to Asia and Europe, due to its loss. political allies.