Honour, Colombia, Honduras and Bolivia cry at the United Nations 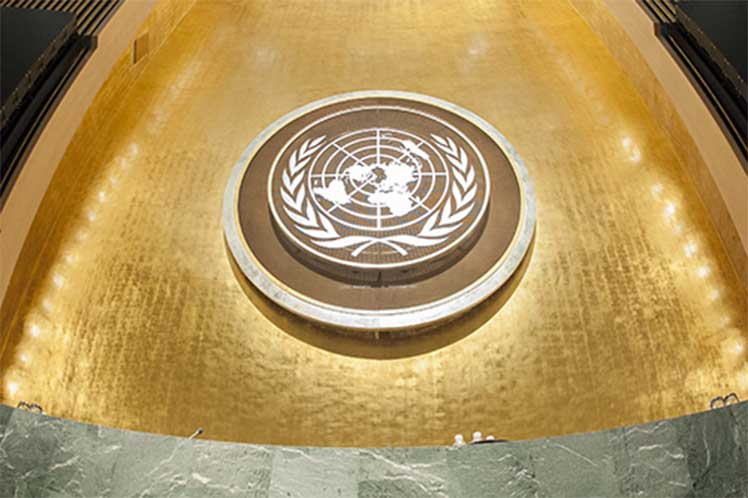 In its first session, the world’s largest gathering of dignitaries saw lively speeches and defiant sentences from representatives of a region traditionally seen as America’s backyard.

Perhaps the most epic of them all came from Colombian President Gustavo Petro, who in his first participation in this type of meeting explicitly revealed how the poorest suffer because of disputes that the rich deem necessary.

“We serve them to overcome the emptiness and loneliness of their own society that drives them to live in the midst of a drug bubble. We hide their problems that they refuse to rectify,” he said in reference to the war on cocaine, the pretext of which has been deforestation and poisoned a large part of the forest in his country.

He stressed that money greed, and insatiable consumption patterns, are the real cause of climate change that threatens to turn the world into an increasingly uninhabited place.

“Climate disaster will kill hundreds of millions of people and hear well, it’s not created by the planet, it’s built by capital,” he sentenced.

Petro, using a passionate speech, even dared to propose how the finances earmarked by some of the great economies might be more useful for other issues he considered less worthy.

“If they do not have the ability to finance the fund for the revitalization of forests, if it weighs more to allocate funds for weapons than for life, then reduce external debt,” he said. .

The Colombian may have been the loudest, but he was the only one who said enough to cause years of persecution.

The President of Honduras, Xiomara Castro, took a similar position when he condemned that “the poor nations of the world no longer support coups, the use of law (oppression or judicial tools), or the Color Revolution, usually to plunder natural resources.” is held for.”

The second of only two women to speak during the day, she renounced the surname she had given her country for centuries and with which she seemed to be a vassal.

“Never again, will we carry on the Banana Republic stereotype, we will end monopolies and oligopolies that only worsen our economy,” he said.

He also condemned the inequality that condemns the majority so that few can satisfy their whims.

“It is clear that today, for our country to survive, we must reject this presumed austerity that rewards those who concentrate wealth in a few hands, and sharply increases inequality,” he remarked. Of.

“We need to broaden our norms of human rights and their relationship to democracy. None of them exist – neither human rights nor democracy – when the protection of the privileges of the few conflicts with the economic, social and cultural rights of the majority. is done at the cost of effective infringement”, he asserted.

He recommended replacing military spending for the manufacture of weapons of mass destruction with reasonable economic compensation for the countries of central capitalism, morally and historically, the countries of the periphery and the world’s poor.

Ars also rejected all forms of interference and attempts to destabilize democracy in Bolivia aimed at controlling lithium.

“We want our lithium reserves not to follow the path of other natural resources, which, under the conditions of colonialism and capitalist development, served only to increase the wealth of the few and incite the hunger of the people,” he praised.

The speeches of the Presidents of Colombia, Honduras and Bolivia at the United Nations were filled with passion and enthusiasm.

It was then patented that the commitment to one’s countrymen symbolized the course chosen by these Latin American leaders.

Kickin’ It with Kiz: Has trading Aaron Rodgers in the Broncos been a foregone conclusion for almost a year now?