Horse photographed during martial fire is safe after rescue 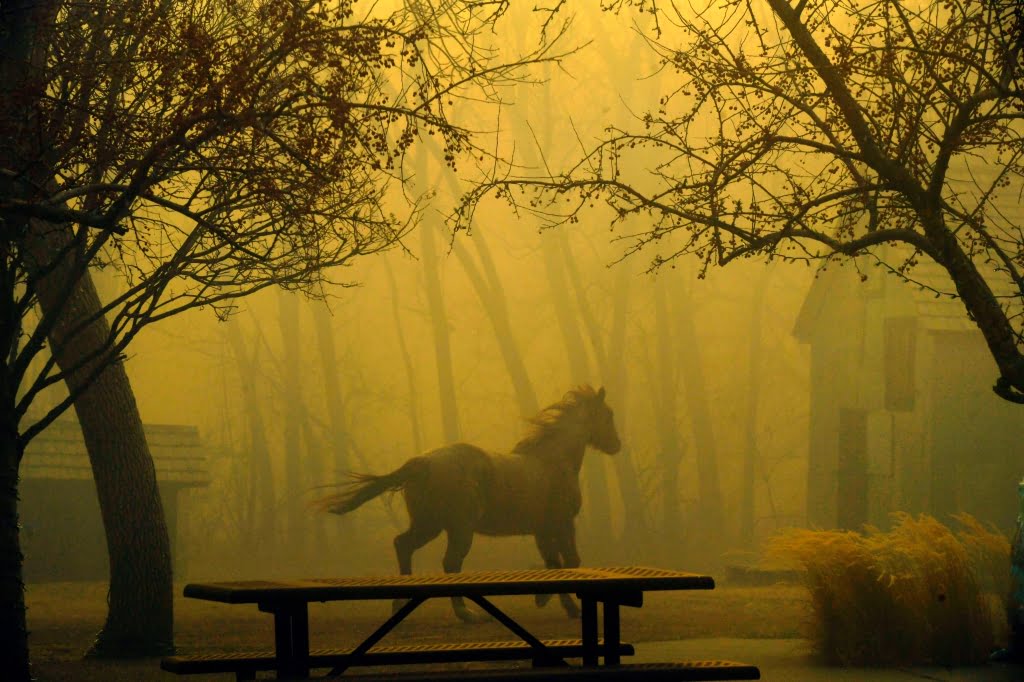 Dotted with flames and engulfed in smoke near homes on a small street with no outlets, Colorado State Patrol Master Trooper Travis Hood and his fellow Trooper Shane Johnson began to think about their safety. They had arrived at the scene of the martial fire and heard crackling on the radio, alerting the houses on Dyer Road to the still rapidly growing fire.

“There was no access to the neighborhood by car,” Hood said. “So we stood on the side of Highway 36, jumped the fence and ran from house to house shouting for people to be evacuated.” But with winds of 100+ mph, the two were quickly cleared of smoke. He lost sight of his cruiser and was forced to take refuge in the corner of nearby houses. The jawans had to wait for about thirty minutes before enough smoke was released to return to their vehicles. “Our security was quickly compromised due to smoke, wind, dust and fire within seconds,” he said.

Outraged by how quickly the fire had caught them, the two soldiers from Adams County decided to turn south on Highway 36 to McCaslin Boulevard.

With fire from both sides, they slowly moved down the smoke-covered street, while the bangs of homes and businesses were heard on both sides. He crossed the large city of Superior Sign and then to his surprise saw a horse in the middle of a circular square that is usually a busy square. “Houses to the west were completely gutted, trees were on fire, embers were flying and stuff was exploding all around us,” Hood recalls. “Then I see a horse in the middle of it all. It took a while for my brain to process what was happening around us.”

Hood got out of his car to see what he could do to catch the horse. At first he drove away but as he turned towards his car, the horse started following him. “He came to me quietly as if wanting to be saved.”

A fire truck stopped long enough to throw a utility rope out the window. “I don’t even know which department it was, but the rope was long enough to be put around the horse’s neck,” he said.

“I learned later that the horse was known to be shy, but because I thought he was scared and had trouble seeing I was able to walk carefully and there were no problems.”

The horse’s name is Willie. A retired working horse about 12 to 14 years old, he was popular in a pasture in Old City Superior, where passersby and neighbors visited him daily. Owned by Cody and Robin Russell, Cody’s brother Casey Russell was let out of his pasture on the day of the fire in an attempt to save his life. Casey, accompanied by his cousin Steven Bednar, was able to get home, but did not have time to save any of the family’s belongings. They arrive at their homes just in time to open the pasture gate, let the horse go, and get Cody’s dog Lulu out of their house before it catches fire. The horse ran

Hood and Johnson decide to stay with Willie until help arrives.

That help came in the form of Boulder County Mounted Search and Rescue team members Jan Ward and Brooke Sprague. The pair struggled through flames, wind and road closures to reach Willie nearly four hours later. “It was chaotic, crazy and scary,” Ward said. “We saw all these businesses in flames: a hotel, a Tesla dealership. As we come under the siege, there is a state soldier holding a horse.”

Through Cody Russell’s girlfriend, Kaylee Kocher-Royer, who was able to track down the horse, Willie is reunited with his family and is recovering safely on a farm in Boulder. He had only bruises in his eyes that were red and sore from the smoke and ash. “When I found him at the Boulder County Fairgrounds, he was contemplating what he was doing.”

Although it took several days for Hood’s eyes to recover from the ashes and soot in the air while he was on the scene, he said, “I’m really proud of what we did. Everything was moving so fast. It was very chaotic and crazy. We were definitely in the right place at the right time and did the right thing when needed. ,

Covid: some UC schools will be removed for 2 weeks after the holidays