How does moving to other locations on NBA draft night affect the Warriors? 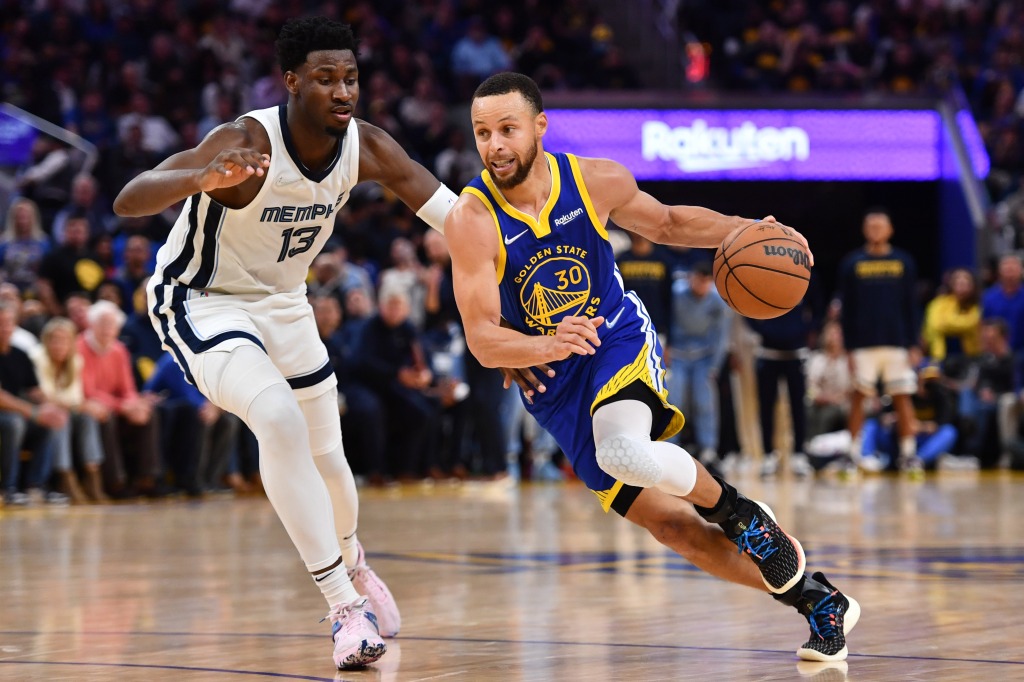 The Warriors only have a few days to bask in their fourth championship in eight years before the rest of the NBA officially starts working on knocking them off the mountain.

And while the Warriors haven’t had the quietest night among potential Western Conference contenders, some of them have clearly taken steps to topple the champions.

The Golden State selected Wisconsin-Milwaukee winger Patrick Baldwin Jr., a 19-year-old 6-foot-9 versatile winger, with the No. 28 pick in the first round. Although he struggled with injuries in his only college year, he was one of the best recruits to come out of high school and is considered a development project.

In the second round, the Warriors made a surprise trade with the Hawks, moving up from 51st to 44th, investing $2 million to make the trade go through and taking Toledo defenseman Ryan Rollins. The 20-year-old, soon to be 6ft 4ft but with a wingspan of 6ft 10in, was named to the Mid-Major All-America team this season. The Golden State used their second-round pick (55th overall) on Brazilian forward Guy Santos, who was most likely drafted.

Golden State has other issues to work out in its roster as it has a free hand and neither Baldwin nor Rollins are likely to go to training camp hoping to contribute to a title defense.

But as far as the teams chasing Golden State in the West, some of them made moves, and one in particular didn’t, that shook up their rosters. Here’s a rundown of what the top three teams in the Western Conference did on Thursday night:

While the series against the Warriors was a gentleman’s win, Dallas finished second in the West, so they get top marks in that scoring. And the Mavericks appeared to be quick to identify their biggest weakness, as before the Golden State played in Game 6 of the NBA Finals last Thursday, the Mavericks agreed to trade for Rockets major Christian Wood, sending four players who played less than 100 minutes together during the playoffs. run and 26th overall pick.

Wood is a forward who can shoot from outside (39% of three-point range last season) and can play smallball center against smaller lineups, as the Warriors used. Wood has some questions about his defense, as he’s not fast enough when facing faster attackers, and at 6’9 and 214 pounds, he’s not big enough to hit centers all the time.

The Mavericks also traded in the second round with the Kings and took defenseman Jalen Hardy, 6-foot-4, No. 39. Like Baldwin of the Warriors, Hardy was considered a prospect after graduating from high school, but the 19-year-old failed to defend and play consistently in the G League Ignite. However, he has many advantages, and some experts compare his marksmanship to Jordan Poole.

While Dallas advanced to the Conference Finals, Memphis was the team that gave Golden State their toughest fight in the West, taking them to six games in the semifinals. And the rivalry that quickly developed between the Grizzlies and the Warriors was further fueled by chatter in the week following the Finals.

The Grizzlies were arguably the most aggressive team in contention for the title that night, making two major trades. First, they sent Minnesota’s 22nd and 29th picks instead of 19th, where they took forward Jake LaRavia, a 6-foot-8, smart, long-legged flanker who throws well and constantly moves. Before the draft, the 20-year-old Wake Forest player was ridiculed several times by the Warriors as the 28th pick.

Memphis then made a stunning move by sending 23rd overall De’Anthony Melton and Danny Green (who has a serious knee injury and is likely to be relieved this week due to cap space savings). Melton is a bench player who averaged 7.8 points and 4.0 rebounds in 20.5 minutes per game against the Warriors in the semifinals. He will be missed.

But the Grizzlies added another forward in Colorado’s 6-foot David Roddy. At 21, Roddy is a smart offensive player and can shoot well, but he has some defensive shortcomings. But the exchange will likely give them some financial flexibility to take one more step towards free will. They will be a team to watch.

It looked like the Warriors and Suns were destined to meet in the West Finals this year, especially after Phoenix won the regular season with 64 wins. But a disastrous Game 7 against Dallas in the semi-finals ended the Suns season and may have opened a Pandora’s box when it comes to the offseason.

The Phoenix didn’t have a single draft pick Thursday night, but their uncertainty around restricted free agent center DeAndre Ayton dominated the discussion around them, including several sham trades that didn’t happen. Ayton is reportedly very disappointed that the Suns did not extend his maximum contract and may not want to stay with Phoenix. But Suns general manager James Jones doesn’t seem like the kind of person who would let him go.

“DA is a big part of what we do.” #Sun General manager James Jones on DeAndre Ayton, a restricted free agent.

“This team is a really good team and we’re going to keep it together.”

While Phoenix ended the night in silence regarding the draft, next week there will be a lot of drama in the Valley of the Sun. And while they crashed before they could get a postseason game against the Warriors, they should still be considered a contender… for now.

Orange County has seen another drop in hospital admissions