How is the Day of the Dead offering in Mexico? When and what should be applied and what does each item mean? 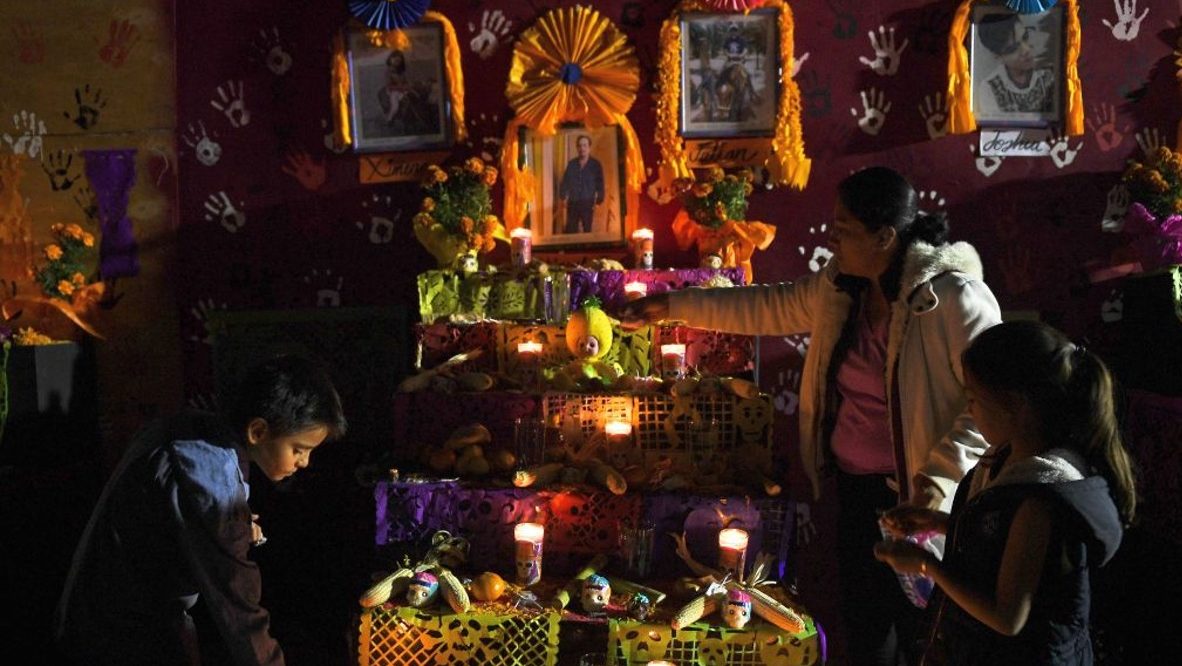 Thousands of Tourists Visit CDMX for Day of the Dead Parade 3:10

(CNN Spanish) — Between November 1 and 2, Mexicans carry out a series of rituals that represent their maximum in the Day of the Dead offering: altars filled with colors, flavors and smells that are kept every year in the privacy of not only homes, But also kept at home. In country offices, hospitals and public squares to honor the memory of those who are no longer here and receive their souls, even if it is only for one night, in the living world.

It is a festival, a celebration of death that, according to historians, takes as its starting point the indigenous roots of the indigenous cultures of Mesoamerica, merging with Catholic beliefs and giving rise to the festival that evolved over time.

Do you know what the offerings are like and what ingredients make them up?

The Day of the Dead offering, according to Mexico’s National Institute of Indigenous Peoples (Inpi), is part of a ritual in which the intention is “to be closer to our dead, to communicate with their memory, with their lives”.

And to remember them and share them with the living upon returning to the earthly world to receive them, according to the customs of the Mexican population, altars filled with colours, tastes and smells are set up: sempasuchil flowers, sugar And chocolate skulls, bread of the dead, water, candles, fruit, wine, sesame and all the favorite food and drink of our ancestors.

It is nothing more than a reflection of syncretism between two cultures: the worldview of the indigenous people and the religious beliefs of Catholicism.

“Europeans put some flowers, beeswax, candles and candles; the indigenous people added incense with their copal and food and the sempasuchil flower (Zempoalxochital),” says Impei.

Mexico City full of colors to commemorate the dead 2:03

“Crosses, which represent Catholicism, or certain drinks that are added to offerings for the dead, distilled drinks that did not exist before. Nor is it very traditional today, the bread of the dead, since then there was no flour, Zarouz told CNN.

Sempaschil, between the sugar skull and shredded paper: the elements that make up the Day of the Dead offering

The Day of the Dead offering can vary depending on the region of the country in which we find ourselves, but there are a range of elements that are essential and that you will find in most altars, which are usually organized by several levels. which symbolize the path traveled by the dead.

There are two levels which represent heaven and earth. Then of the three there are those who represent heaven, earth and the underworld. Finally, according to Mexican beliefs, the seven levels symbolize the seven stages the soul has to go through to enter the afterlife.

The altars or offerings are placed according to tradition from 31 October and are prepared to receive loved ones at dawn on 1 and 2 November, the main days of this celebration. The first remembers the deceased children and the second the adults.

The essential elements of an offering or altar to the dead are:

Leader: The offerings usually blink on the four elements of nature, including water which symbolizes purity and are offered to spirits to quench their thirst after a long journey.

salt: It is the element of purification, it functions so that the body is not corrupted, on its round trip for the next year.

Candles and candles: In pre-Hispanic Mexico, slices of ocot were used. Currently, the candle is used in its various forms: candles, candles or beeswax. The flame they produce means “light”, faith, hope and serves as a guide so that spirits can reach their old places and light up their return home.

Copal, Incense and Ash Cross: For indigenous peoples, copal was an element of prayer and praise to the gods, while incense was incorporated with the arrival of the Spaniards. They are used to clean the place in case there are evil spirits. The ashes cross serves so that the soul can reach the altar and atone for its pending sins.

Sempaschil Flowers: Tradition says that it is through the orange color of this flower that the souls of those who are gone return to the world of the living.

sempasuchil, the flower that adorns the day of the dead 1:47

The food, drink and bread of the dead: The purpose of the food is to please the dead who go on offering, so their favorite dishes are always kept. For adults, alcoholic beverages are usually served – rum or tequila are common – that will make them remember their happy moments. While children are given typical sweets.

Catholic beliefs include the bread of the dead as “the body of Christ”, and in pre-Hispanic tradition the chocolate was prepared from the water used by the spirit to wash it, thus conveying the essence of the deceased. impregnated.

sugar skulls: Mediums are a reminder that death is always present; The smaller ones are dedicated to the Holy Trinity and the larger ones to the “Eternal Father”. Mesoamerican cultures took the skulls of sacrificed prisoners and built them in a row to honor the gods, the altar being called tzompantli. The skull points to that pre-Hispanic tradition.

Shredded Paper and Petite: Papel picado is usually used to represent the wind, in addition to giving it a touch of celebration. The petite is used for the rest of the dead and can act as a tablecloth to hold the elements.

Photos: Photographs of loved ones who have already died are one of the central elements in the altar of the dead because they show what the offering is dedicated to.

EzeQuantl: Izcuintle is a pre-Hispanic puppy whose figure is offered as a toy in altars dedicated to children so that the spirits of young children will rejoice when they arrive at the banquet. The Izcuintle Pup is the one who helps the spirits cross the mighty Chicanouhuapan River, the final stage for Mexico to reach the underworld, Mictlán.

With information from Krupskia Aliso