How it Works Reason to Live, “Tato” Medina’s NGO Investigates Slavery Reduction. Complaints, how did it operate and why was it in the eye of justice? 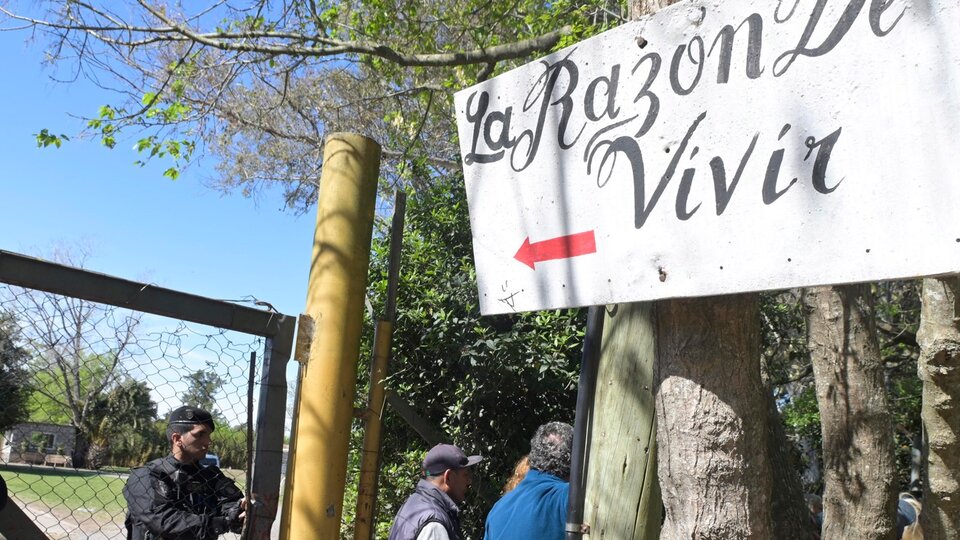 arrest of Marcelo “Tato” Medina There was a lot of ruckus: The driver along with 19 others is being questioned in a case Slavery reduction and abandonment For his activity with Addiction Rehabilitation NGO’s reason to live, How does the organization work, what are the charges and why was it in the eye of justice?

the reason was Started by relatives of one of the victims and estimated to have over 200 victimsincluding minors. According to police sources, the gang leader was nester zooWhile “Tato” was in charge of disseminating the activities of the alleged therapeutic center in Medina media.

What is the reason for living, “Tato” Medina’s NGO

As described on social networks, The reason to live is presented as the “school of life”. In one video, Medina himself, who is presented as a “socio-medicine operator in addictions”, explains that “recovery” from addictions exists and that those who say the opposite follow “fear treatment”. We do.

structure of reason for living

Just three weeks earlier, before an event in the municipality of Concordia, La Rezon de Vivir was presented as a therapeutic community for addiction rehabilitation, headquartered in Florencio Varela, Buenos Aires, headquartered in Buenos Aires. . More than 100 boys in treatment and a team 15 Professionals,

Altogether, there are four institutions in the community: in Buenos Aires It has two, in Beraztegui and Florencio Varela. I am also Santa Fe and in cordoba, Motivational talk is usually “led by addiction operators, medical peers, and professionals who work exclusively with families.”

Among the specifications, it was remarked that it is a “therapeutic community created to provide a solution and an effective service to those in need. youth and adults who suffer from various Problems related to problematic consumption,

In addition, as can be seen in videos shared on their social networks, there are people within the community who, once the treatment is over, symbolically hang “rehabilitated” paintings in the organisation’s offices, They become part of the staff of La Rézon de Vivir, which are presented as an “interdisciplinary group”.

How the Organization Works and the Role of “Tato” Medina

“The first thing a child tells you when they enter an institution is that they don’t find meaning in life. They tell you they wanted to throw themselves under the train. And the first thing we do is That is hugging them. We show how important they are. We work with children and families, we convince them that you can come out of this disease”, briefly explained Nestor Jade when asked about the subject.

The truth is that most such institutions operate as closed-door communities, that is, boarding schools cannot be dropped. apart from this Hospitalization is often given against their will, and at the request of relatives or acquaintances of addicted people. In this particular case, reason to live He assured that it doesn’t work that way, and that everyone can come and go as they please.

cause of living financing

Regarding the mode of living and financing of the cause of living, not much is known. In a 2020 radio interview, Nestor Jade, posing as the director of the therapeutic community, explained that does not receive any contribution from the state and that the whole structure is supported by Helping families of young trainees,

It is no coincidence that, in the same interview, Nestor Z has pointed directly against mental health lawwhich seeks to regulate these centers and prohibit illegal treatments:”We are fighting against what is happening through the Mental Health Act. We are against being treated like a madhouse, The therapeutic community is a tool of last resort for an addict who has lost everything.”

Explainer: What is the Nord Stream 2 pipeline to Europe?