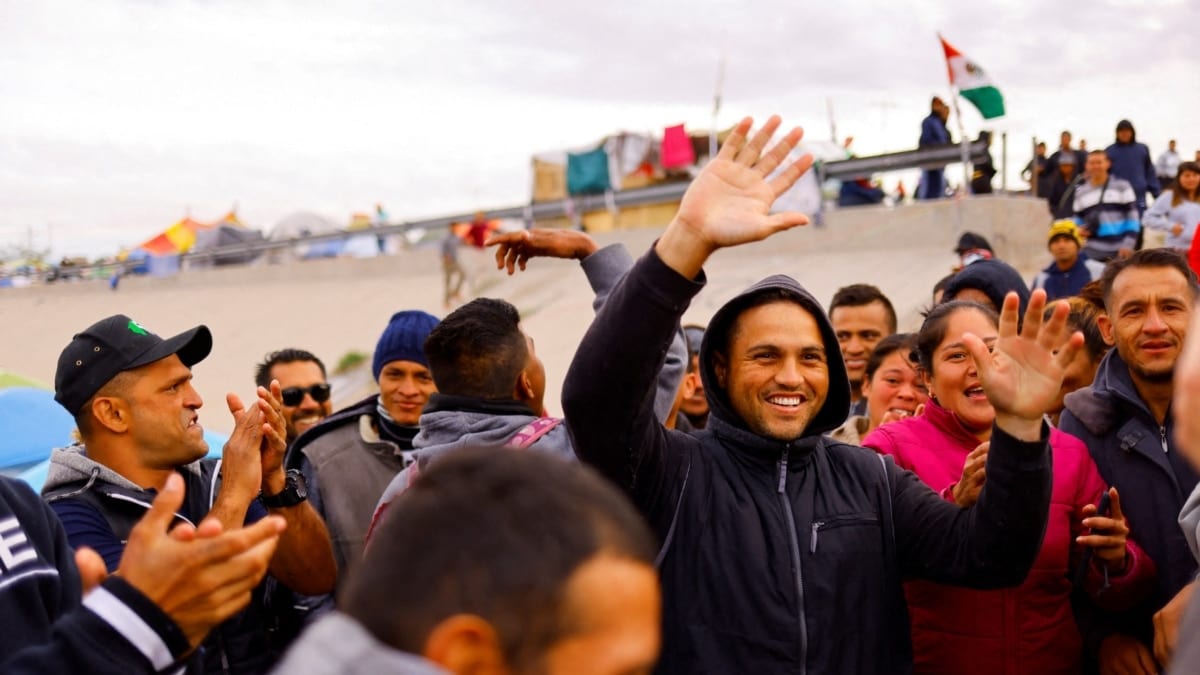 Immigration lawyers and activists said Venezuelan migrants arriving at the US border would be able to reapply for asylum under a rule known as Title 42 without fear of deportation.

Starting last month, Venezuelans began being expelled from Mexico under Title 42, a rule put in place by the Centers for Disease Control to prevent the spread of COVID-19 and those crossing irregularly into the United States. was used to take it out.

The move was part of the US government’s plan to reduce illegal immigration and included a program of parole For Venezuelans to immigrate legally.

This Tuesday, a US federal judge set down Title 42 It is illegal“An arbitrary and capricious policy,” he wrote in his decision. On Wednesday, at the request of the government, the judge given a deadline By December 21 to expire Title 42.

How does the ruling affect Venezuela?

Since last month, after registering a record number of Venezuelans at the border, the Biden administration implemented a schedule of parole human It allows Venezuelans who have a sponsor to legally travel to the US. As part of the measure, the government established that Venezuelans who escaped immigration control points and were stopped at the border would be returned to Mexico under Title 42. Thousands of people were left stranded in Mexico and other countries in the region.

Attempts by Venezuelans to cross the southwest border irregularly dropped from 1,100 to about 300 per day after the measure, according to DHS data. Thousands of Venezuelans have since been stranded and camped on the border with Mexico where they protested By measure

Aaron Reichlin-Melnick, director of policy for the American Immigration Council (AIC), a Washington, DC-based organization that advocates for immigrants, said it remains to be seen how the Joe Biden administration will apply the court’s decision to individuals. Asylum at ports of entry, but Venezuelans cannot be deported back to Mexico under Title 42.

The court’s ruling stated that “it is inappropriate” for authorities to “ignore the consequences of any actions they decide in pursuit of their objectives, especially when those actions suspend the procedural rights of non-citizens.” The extraordinary decision to make involves port”.

Title 42 has been applied unevenly based on the nationalities of immigrants, affecting more people coming from the countries of the so-called Northern Triangle—Guatemala, Honduras and El Salvador—and Mexicans, as Mexico accepts their return. Is. Cubans recently became the second largest nationality on the border, after Mexicans, Venezuelans and Nicaraguans, it was reported. The Associated Press,

Carla Marisol Vargas, a senior attorney with the Beyond Borders Program at the Texas Civil Rights Project, an Austin-based organization that promotes social justice, said for the first time since Title 42 went into effect in March 2020, migrants from Guatemala, Honduras, El Salvador and more recently Venezuelans will be able to independently seek border protection under US immigration law.

“We hope that without Title 42, America will have the capacity and the ability to prosecute people. It’s a matter of will,” Vargas said.

Claire Thomas, director of the New York Law University Asylum Clinic, said the end of Title 42 means DHS will once again have to comply with humanitarian protection laws at the border and allow any migrant, regardless of nationality, to receive asylum at the border. may request.

Kathleen Bush-Joseph, a policy analyst at the Immigration Policy Institute, a Washington, D.C.-based think tank, said Title 42 “prevents many immigrants from claiming asylum because they were not allowed to enter the US or were removed from there.” went.” ,

“The completion of Title 42 policy will restore critical access to that protection for those who need it most,” he said.

parole program did not eliminate the possibility Venezuelans will request asylum in the US. But removal at border checkpoints under Title 42 makes it difficult to apply for that protection, lawyers and experts point out. visa on arrival,

DHS did not answer this question voice of america How will it apply the court’s ruling to people seeking asylum at the border, particularly Venezuelans?

The US State Department referred any questions about how the border would affect asylum-seeking migrants to DHS.

US officials warned Wednesday that the border is not open and alerted migrants to human traffickers.

A spokesperson for the Department of Homeland Security (DHS) said, “While the moratorium is in effect, DHS will continue to process individuals in accordance with the CDC Title 42 public health order and remove single adults and family units at the southwest border.” ” ) on Wednesday.

“People should not listen to the lies of traffickers who will take advantage of vulnerable migrants, putting their lives at risk. The border is closed and we will continue to fully enforce our immigration laws at the border,” the spokesperson warned.

The temporary suspension of the order until December 21 gives DHS “time to move additional resources to the border and coordinate with stakeholders including nongovernmental organizations and state and local governments to help prepare for the transition to Title 8 processing.” will,” said the DHS spokesperson.

Under Title 8, immigrants are interviewed by border agents, who determine whether there is a credible threat to remain in the country to avoid immediate deportation, or they may be ordered released under recognizance, Which is known as I-220A.

Concerns about capacity at the border

Meanwhile, concerns are growing that migrant shelters will become overcrowded.

Theresa Cardinal Brown, director general of immigration and cross-border policy at the Bipartisan Policy Center, said there is little capacity at the border to process the large numbers of migrants entering the country, with systems “already very overwhelmed”. think tank Located in Washington DC.

The Customs and Immigration Control Service (ICE) does not have the capacity to hold so many detained immigrants and the facilities at the Office of Customs and Border Protection (CBP) “fill up very quickly with thousands of arrivals,” he said.

CBP used Title 42 expel most central americans and more than 1 million times in the fiscal year ending in September, according to Venezuela. agency data.

In the same period, authorities recorded a record 2.7 million arrests at the southern border.

In the past two months, Title 42 has been used more than 80,000 times, according to agency data.

A Title 42 lawsuit was filed by the American Civil Liberties Union (ACLU) on behalf of asylum seekers that led to Sullivan’s decision. Lee Gelernt, lead attorney for the ACLU in the lawsuit, said that “the use of Title 42 against asylum seekers was inhumane and purely politically motivated.”

Texas Governor Greg Abbott alerted President Biden in a letter following Judge Sullivan’s ruling about the high number of migrants coming into his state across the border and assured that the federal government has “failed” to enforce immigration laws. “Has been

Concerns about the formation of a cyclonic system in Cuba

The Sun Reappears, But He Warns Of Two New “Waves Of Depression” – Society – World Nation News