Humphries, a former NBA player, admits to his entire team that he’s gay and wanted to commit suicide 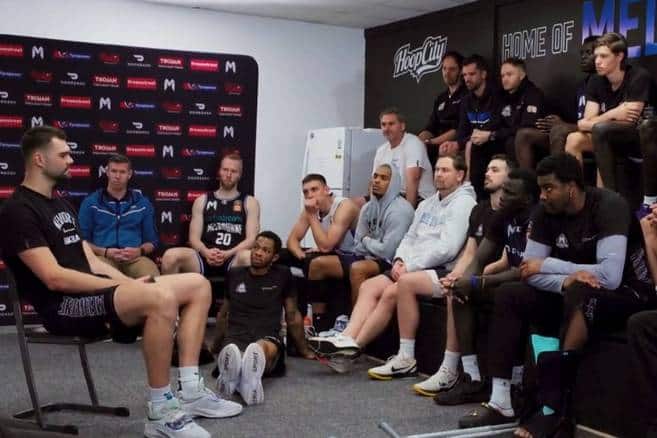 Isaac HumphreysAustralian players who played for University of Kentucky (NCAA) and played in nba with atlanta hawkscolumn is written in ‘Sports Illustrated’ To share that he is gay.

“Throughout my career, there was never a reality where I could be an openly gay man while playing basketball … until now,” wrote Isaac Humphries, a 7-foot-1 power forward. He currently plays for Melbourne United of Australia’s NBL (National Basketball League).

For my entire career, there was never a reality where I could be an openly gay man while playing basketball… until now.

In 2020 Isaac Humphreys suffered a depression and contemplated suicide

Isaac Humphreys Admits It He had thoughts about suicide in 2020 after suffering from deep depression,

The power forward explains that a time in Los Angeles recovering from injury helped him change the way he thought about his sexuality: “I was surrounded by some of the most successful people in the world, musicians, producers from TV and film Stars, media personalities, A-list celebrities, and I could see that being openly gay could bring happiness.”

For the first time in my life, I saw that people at the top of their careers can be open and honest about who they are.

“I saw for the first time in my life that people at the top of their careers can be open and honest about who they are,” the 24-year-old basketball player said. Kings, KK FMP Belgrade, Erie BayHawks, Atlanta Hawks, Lakeland Magic, Adelaide 36ers and Melbourne United.

Humphries hopes that his decision to “come out” will help other basketball players who are in the same situation.

The NBA shared on their social media that “We are proud and grateful to share Isaac Humphreys’ story. We know his integrity and courage will have a real impact on many others. Isaac has our unwavering respect and support.” “

In his brief NBA career, Isaac Humphries played 5 appearances with the Atlanta Hawks About the 2018-2019 Season Averaged 3 points and 2.2 rebounds,

Isaac Humphries also posted a video on his Twitter account in which he told his teammates that he was gay.

This is probably one of the most difficult conversations I’ve ever had in my life.

“It’s probably one of the most difficult conversations I’ve ever had in my life, but life is about doing difficult things and learning from them and making a difference in those difficult moments,” Humphreys told all of his teammates.

“A few years ago, I fell into a very dark place, a very lonely place. I couldn’t be who I am and I tried to take my life. And the main reason I fell so low and at that point because I was struggling a lot with my sexuality and accepting the fact that I am gay,” the former Atlanta Hawks explained.

And the main reason I stooped so low and got to that point was because I was struggling a lot with my sexuality and coming to terms with the fact that I’m gay.

Isaac Humphreys said, “They can be who they want to be and be gay. Sexuality shouldn’t dictate what they should. That’s the purpose of my life.”

Mask Up or Shut Down: The Colorado School has issued an ultimatum on the Mask Mandate