Hundreds of illegal immigrants stroll along the Texas highway: video 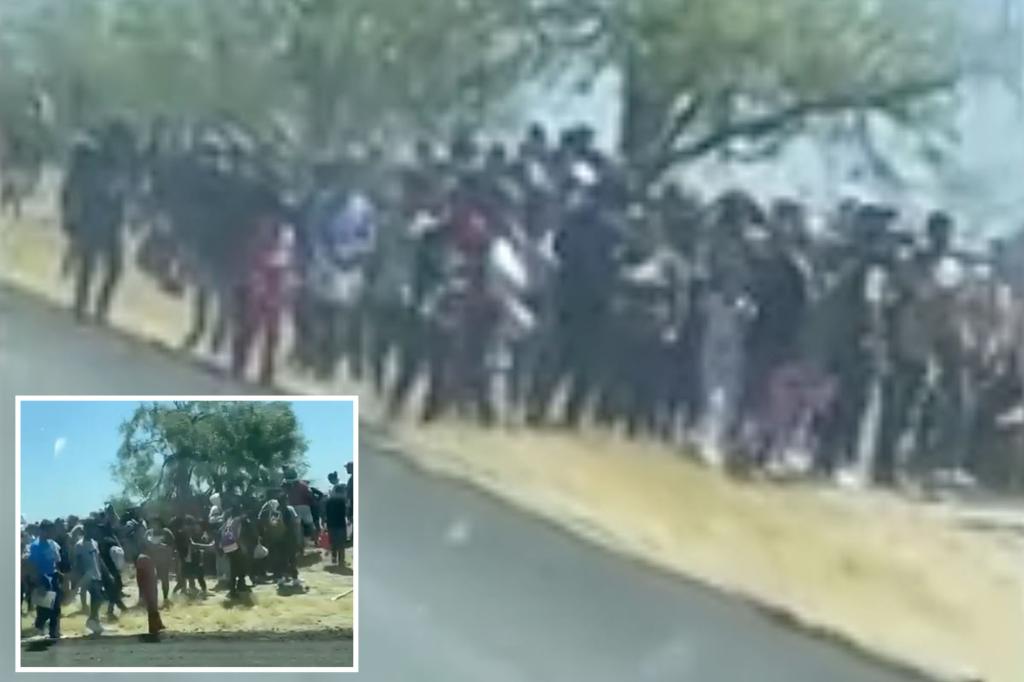 Hundreds of suspected illegal immigrants have been seen strolling along the side of a Texas highway in an area that is struggling with a record number of border crossings.

Footage filmed by a law enforcement officer and obtained by Fox News shows a crowd of migrants strewn along the side of a road Thursday at Eagle Pass, east of the Rio Grande on the Mexican border.

Some could also be seen crouching under nearby trees.

At least one law enforcement vehicle with its headlights on pulled up next to the large group.

It was not clear how many of them were taken into custody.

The border patrol in the city sends about 1,000 illegal immigrants a day to the nonprofit Mission: Border Hope – amid the Biden administration’s rapidly expanding immigrant parole practice.

According to court records, more than 207,000 immigrants who moved from Mexico were released on parole from August 2021 to May this year.

More than 50,000 people were released on parole in May alone, a 28% increase from April.

In the previous seven months until last August, border guards released only 11 migrants on parole.

The Border Patrol cites a shortage of places in detention centers to hold immigrants who flooded into the US after Biden took office.