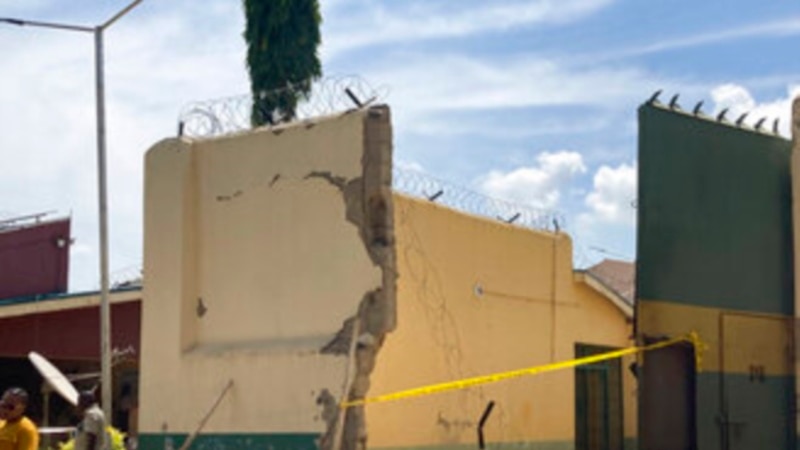 The Abuja prison attack is the latest in a series of widespread violent incidents by armed gangs in Nigeria.

Officials say a prison officer was killed and some 600 prisoners were freed by gunmen before being chased away by state security forces.

There was heavy security at the jail on Wednesday as officials say they have started a search for the missing inmates. Officials say more than 300 escapees have been recaptured.

Shuaib Belgor is the Permanent Secretary of the Ministry of Interior.

“We do not know how many of the attackers were killed. It is possible that they took their wounded and other casualties with them. But on our side there was only one death and about three wounded.”

On Wednesday, the relatives of the prisoners gathered in the jail premises in anticipation of an update from the authorities.

No group has claimed responsibility for Tuesday’s attack, but officials suspect the terror group Boko Haram.

Kuje Medium Security Prison is home to hundreds of prisoners, including high profile officers and some captured Boko Haram rebels.

Nigeria’s top police officer, Abba Kyari, better known as Hushpuppi, was charged with money laundering along with were among those held there.

Asabe Issa, a resident of Kuje, said he heard explosions and gunfire.

“The sound I heard was like a bang because the house shook a little. And then after five minutes there was another bang”

Nigeria has seen an increase in attacks in many areas on an almost daily basis.

Hours before the prison attack, armed men ambushed the presidential convoy, which was on its way to his hometown in northwestern Katsina state. The president was not in the convoy, but two others were injured.

Security experts say the escalation of attacks is a sign that officials are not taking security matters seriously.

Senator Iroegbu is a security analyst.

“This is a very serious intelligence failure or security breach. This is particularly audacious for the country’s number one prison when it comes to holding prisoners or suspects of terrorists.

Since 2020, armed groups have freed more than 5,000 prisoners in multiple attacks.