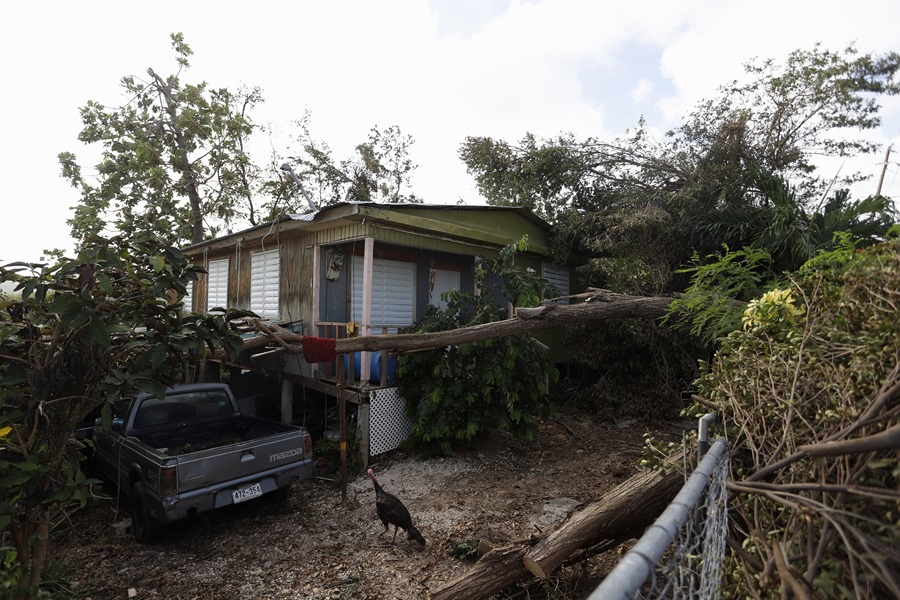 Hurricane Fiona overtook the Bermuda Islands and moved toward the east coast of Canada this Friday, on alert for the passage of a cyclone with winds of up to 205 kph and a history of significant damage , reported the National Hurricane Center (NHC, in English).

At 08:00 (12:00 GMT), Fiona, which caused destruction and death while passing through the Caribbean, particularly in Puerto Rico and the Dominican Republic, about 200 kilometers north of Bermuda and about 1,175 kilometers from Halifax, Nova was away. Scotia (Canada).

A Hurricane Watch is in effect for Nova Scotia from Hubbards to Brule, Prince Edward Island, Madeleine Island and Newfoundland to Parsons Pond to Francois.

Fiona is moving toward the north-northeast near 41 km/h and is expected to turn to the northeast with a further increase in forward speed.

On the forecast track, the center of Fiona will pass northwest of Bermuda over the next few hours on its way to Nova Scotia, between that island and the Gulf of St. Lawrence on Saturday and across the island of Labrador on Sunday.

The third hurricane in the Atlantic this year has lost strength and has maximum sustained winds near 205 km/h, corresponding to Category 3 on the Saffir–Simpson scale, out of a total of 5.

The Bermuda Islands will experience tropical storm status for the next several hours.

Rain is expected in Bermuda, where a tornado will also occur, and eastern Canada.

The NHC also reported Tropical Storm Gaston formed in the middle of the Atlantic, moving toward the Portuguese archipelago of the Azores with winds of up to 95 km/h.

Gaston was about 215 km north-northwest of Fayal Island this morning.

According to the projected trajectory, the center ofE Gaston will pass near or over parts of the Azores with wind, rain and storm waves and undertones from today through Saturday.

The storm is likely to weaken gradually over the next few days.

Meanwhile, in the Central Caribbean tropical depression nineWhich, according to forecasts, could become a hurricane next week, moving west-northwest at 20 km/h and about 985 km east of Kingston (Jamaica) and about 1,780 km from Havana (Cuba) situated at.

Maximum sustained winds are with high gusts around 55 km/h and are expected to intensify to a slow speed over the next day or so, followed by further strengthening over the weekend and early next week. ephegrine