I am not in favor of English speaking lawyers and high fees, Law Minister Rijiju’s statement 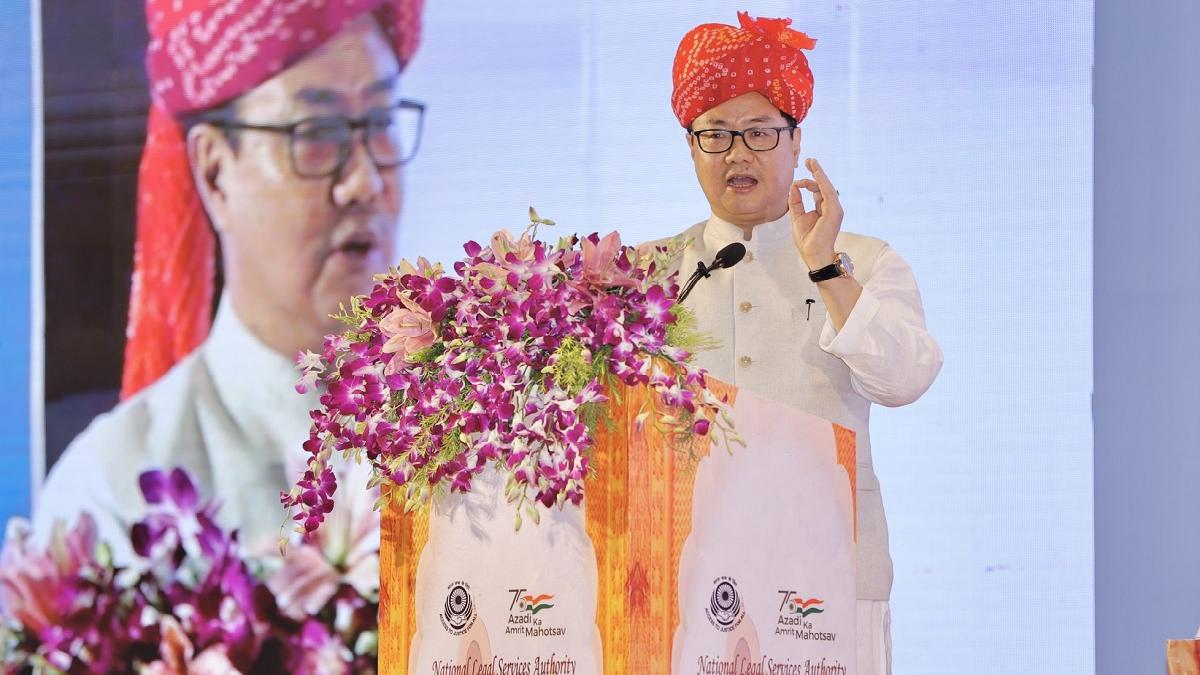 Union Law Minister Kiren Rijiju on Saturday said that regional languages ​​and local languages ​​should be promoted in lower and high court proceedings, while debates and decisions in the Supreme Court can be done in English. The minister also told that during the monsoon session of Parliament starting from Monday, about 70 redundant laws will also be repealed.

The minister said that no mother tongue should be considered inferior to English. He said that he does not agree with the view that a lawyer should get more respect, case or fees just because he speaks more in English. He also said that there should be good coordination between the government and the judiciary, so that justice can be done expeditiously.

The doors of justice should be open equally

Rijiju was addressing the inaugural session of the 18th All India Legal Services Authority meeting of the National Legal Services Authority (NALSA) held in Jaipur. He said that no court should be only for the privileged. The doors of justice should be open equally to all. Rijiju also discussed the languages ​​used in the court proceedings. The minister gave his address in Hindi and said- arguments and decisions are made in English in the Supreme Court. But we believe that regional and local languages ​​should be given priority in the High Courts and lower courts.

There should be freedom of speech in mother tongue

He said there are lawyers who cannot effectively argue in English. So when a common spoken language is used in the proceedings it can solve many problems. He further said that if I have problem in speaking in English then I should have the freedom to speak my mother tongue. I am not in favor that those who speak more in English should get more respect, more cases or more fees. I am against it.

He said that we were born with our mother tongue and grew up with it. We should not consider our mother tongue less than English. The minister also expressed concern over the increase in the number of pending cases in the courts and said that the number of pending cases is going to be around five crore. He said that the target should be to settle two crore cases in two years. He said that there should be good coordination between the government and the judiciary so that there is no delay in achieving the objective of providing justice to the people.

futile law burden on the public

He said that wherever I go, the first question that arises is what steps the government is taking to bring down the number of pending cases. It is a challenge and this meeting is a good opportunity to discuss it. He said that those who are resourceful and rich, they hire high-fee lawyers who charge Rs 10-15 lakh for a hearing, but the common man cannot spend that much money. The minister said that whatever may be the reason keeping the common man away from the court, it is a matter of concern for us. On redundant laws, he said that any such law which acts as a burden on the lives of common people should be removed.

People are harassed by unnecessary laws

He said that so far around 1,486 redundant laws have been removed from the law book. In addition, 1,824 more such laws have been identified. He said- I am committed to remove about 71 different Acts and Appropriation Acts from the law book of Parliament. He said that the authorities impose unnecessary legal provisions on the people due to which the common man suffers.