If Solar Roof Subsidies Are Unreasonable, What About Proposition 13? 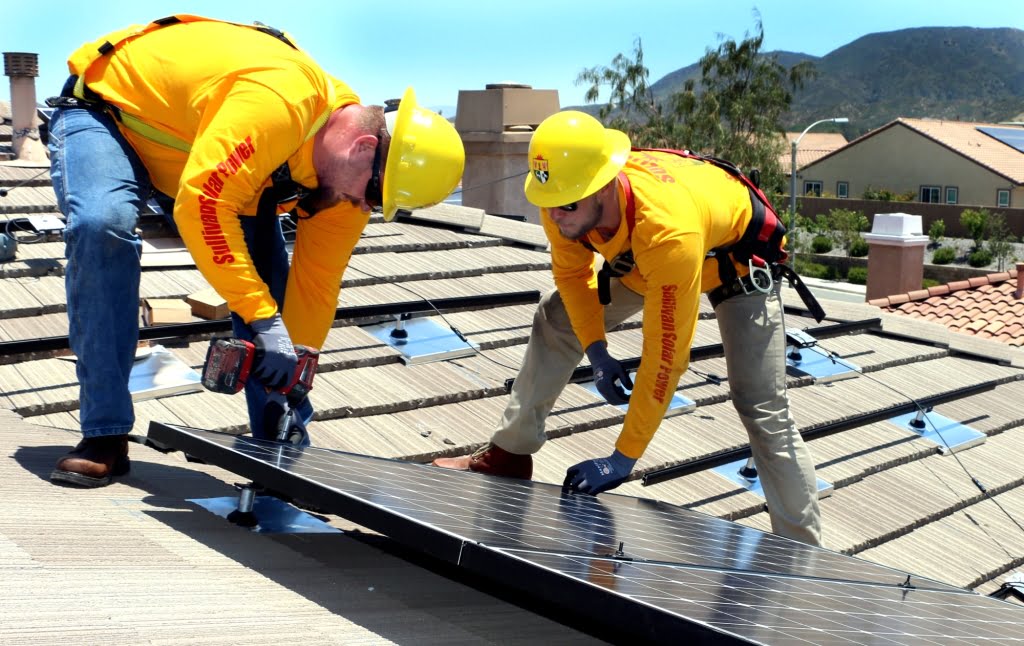 Clearly, California has discovered a disparity in one of its high-profile housing policies.

No, not the diversionary tax breaks of Proposition 13.

A curious bunch of allies have prompted state regulators to “fix” what appeared to be overly generous benefits to those investing in home solar power. The California Public Utilities Commission proposed in mid-December to reduce the rebates for homeowners with rooftop solar and storage systems on their electricity bills when they sell excess energy to power companies.

Let me go on: I’m totally conflicted on this topic because I’ve been a solar panel owner for two decades.

The plan calls for an 80% reduction in the amount deposited for energy sent back to the utility for new and experienced solar owners.

Now, no two owners have the same solar set-up or the utilities they serve, so it’s hard to estimate how high our bills could be. When I filled my trusty spreadsheet with cost estimates from the pro-subsidy SaveCaliforniaSolar Coalition, the average monthly bill for a typical solar panel owner rose from $75 per month to $204, if the plan is approved.

So, why are many solar-power generation subsidies essentially on the verge of death on January 27 itself?

Clearly, we need to “retire” these incentives because they have worked so well, the proposal says. Launched 25 years ago to fuel California’s solar power initiatives, the state’s once-far-fetched “Million Roofs” goal has been topped by at least 200,000 installations.

This argument, if any, also suggests that homeowners with solar rooftop panels do not pay their fair share of maintenance expenses for the electrical grid serving everyone.

If the CPUC goes ahead, the monthly fee will be increased for any future solar homeowner or any home with 15 years or more of solar power only to be connected to the grid.

In addition, the CPUC says, the excess power homeowners make and sell to their utilities is far greater than that of utilities in energy markets.

This all begs the question: Who is dreaming up these green energy claims state regulators are buying into amid power supply challenges and climate change concerns?

It’s no surprise that state power utilities — Edison, PG&E and SDG&E — would love to lose to you, the solar panel owner, a state-mandated competitor. This subsidy-killing proposal is also getting help from fossil fuel businesses and “free market” advocates.

And then some are arguing that the system hurts low-income Californians. The new rules, by the way, would save some low-income households from some of the financial pain of reduced subsidies.

To be fair, there is some truth in that argument. Incentives work and those who benefit from solar subsidies are better-paid Californians.

Why the demographic disparity? Because systems are not cheap and homeowners are a wealthy demographic.

You see, your neighbor (and I) get an electricity deal only after spending significant bucks to build a mini-power plant on our roofs.

According to SaveCaliforniaSolar, these systems — which have gotten more powerful and cheaper over the years — cost about $16,000 even after the one-time federal tax incentives are collected. And solar investments by 1.2 million property owners, to date, produce about 7% of California’s electricity.

Yet this push for solar homeowners to “pay their fair share” does not recognize the overall cost of the panels, inverters and installation needed to collect and distribute electricity from a roof.

And why choose only a solar roof? Should a homeowner who is energy-smart face higher rates to balance electricity bills for the average consumer or an energy-hogging neighbor?

Eliminating solar subsidies would lead to a new state policy, ending the system of neighbors subsidizing neighbors. So, what about the massive unfairness of Proposition 13’s wealth tax inequality?

Why should tax rates be based on the current market value of a house when you bought a property?

If the CPUC approves the rate hike, the period to reach the break-even point will increase to 14 years. Economically speaking, this would make solar roofs a bad bet for homeowners.

The new rules could also undermine another solar-power push. By 2020, homebuilders should incorporate green-energy systems into most new homes in California. The shrunken profitability of such installations created by the CPUC scheme may give developers an excuse to opt-out.

Just look at Nevada. When state regulators scrapped subsidies at the behest of utilities in 2015, solar installations were immediately halved. Two years later, the legislature intervened and reinstated the incentives. Installation growth resumed.

If California stops or slows down making new solar panel systems, state utilities will have to find other ways to meet rising electric demand while addressing higher clean-power thresholds. Can they do it better or cheaper than roofs—and without having to cover square miles of desert land without panels?

And no matter what the power replacement is, do you want to bet who will ultimately pay for it?

With the world’s climate headache an ever-increasing threat, eliminating solar subsidies will make the state’s goal of green energy by 2045 an even more elusive and costly dream.

Jonathan Lancer is a business columnist for Southern California Newsgroup. He can be contacted at [email protected]

FILE – This photo taken on Wednesday, February 12, 2020, shows solar panels on the roofs of a housing development in Folsom, Calif. State regulators from the California Public Utilities Commission are expected to propose reforms that would reduce the financial incentive for homeowners who install solar panels. (AP photo/Rich Pedroncelli, file)[/caption]