IMD Weather Update: Alert in Rajasthan, Delhi, Bihar will get relief… Weather will be kind for the next few days 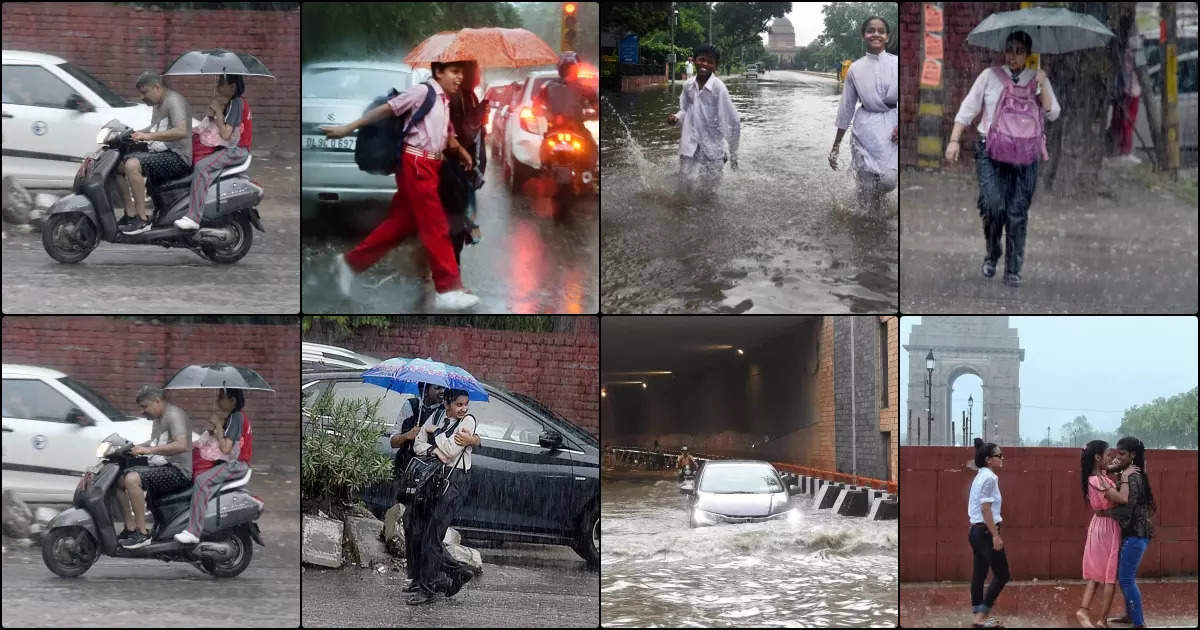 New Delhi: For the people suffering from the sultry heat of several days, there was a rain of relief since Wednesday afternoon. It rained heavily in all areas including Delhi NCR today. Now people are asking for how many days it will rain. According to the Meteorological Department, the sky will remain cloudy today and moderate to heavy rain has been predicted. According to the forecast of the Meteorological Department, today it will be cloudy. Light to moderate rain is likely. The maximum temperature can be recorded around 34 and the minimum is 28 degrees. Moderate rain is likely from July 21 to 23. During this the maximum temperature will be reduced to 32 degrees. At the same time, from July 24, the rain will become light. But even after this, the temperature will remain around 34 degrees till July 25.

Heavy rain in Ghaziabad too
Due to lack of rain, people are getting worse because of the humidity. People are getting drenched in sweat as soon as they step out of the AC. According to the Meteorological Department, there is a possibility of 76 percent rain on Wednesday, as the humidity in the air has reached around 70 percent. The chance of rain on Thursday has increased to 80 percent. There is a chance of 91 percent rain on Friday. After the rains, the temperature is also being claimed to reach below 30 degree Celsius. The maximum temperature recorded on Tuesday was 35 degree Celsius. Meteorologists say that there is a possibility of torrential rains in the last week of July, as the monsoon winds from the Bay of Bengal are moving rapidly towards North India.

rain in noida
The Meteorological Department had already issued an orange alert for Wednesday, warning of heavy rain and thundershowers. Director of Meteorological Department Manmohan Singh has told that from July 20, good rains will be seen in the entire state including Gurgaon. After July 21, the way will be cleared for the Monsoon winds coming from the Bay of Bengal side and there will be light rain in the state. The city will remain cloudy for the next four days. Heavy rain and thundershowers are also expected on July 25 and 26.

rain in faridabad
People troubled by the humidity since Wednesday morning got relief in the afternoon. Heavy rain started in the city around 2 pm. Dark clouds covered with rain and strong winds also started blowing. Due to the heavy rain of about half an hour, where the weather became cold, the situation of waterlogging was created on the roads. The problem of water logging was more on the National Highway. The city recorded a maximum temperature of 34 degree Celsius due to rain. According to the website of the Meteorological Department, the temperature is expected to be 32 degrees on Thursday, while on Friday and Saturday it is likely to be 30 and 31 degrees respectively.

rain in rajasthan
Monsoon rains are continuing in Rajasthan with light to moderate rain at many places in the state in the last 24 hours. The department has issued a warning of heavy rain at many places in the next 24 hours. According to the department, in the 24 hours till 8.30 am on Wednesday, 150 mm of rain was recorded in Mount Abu tehsil, 100 mm in Pushkar, 90 mm in Kotra and Dhambola, 80 mm in Sarwar and Udaipurwati, 70 mm in Railmagra and Khetri. Rainfall ranging from 10 mm to 50 mm was recorded at various places across the state during this period. A spokesman of the department said that from Wednesday morning till evening, light to moderate rain was recorded in Jaipur and Bharatpur divisions of the state.

Rain in Maharashtra, Punjab
Apart from this, rain is also expected in many areas of Maharashtra, Punjab, Telangana, Odisha and Andhra Pradesh. It is worth noting that Maharashtra and Odisha have been raining continuously for some time now. Flood situation prevails in Madhya Pradesh due to rain.

skymet weather forecast
According to Skymet Weather, the Monsoon Trough is moving northwards. It is expected to remain somewhat near normalcy over the next two days. This situation will remain from 20 to 23 July. On July 24 and 25, the Monsoon Trough will shift southwards. However, it will not be so far that the capital will become completely dry. Overall, there is a possibility of moderate rain and thundershowers in the capital and adjoining areas between July 20 and 27. From July 20 to 23 and again from July 26 to 28, the rain activities will be more in the capital. The rains during this period will overtake the capital’s normal rainfall in July.