Immune system versus virus: why were Omicron’s experts concerned from the start? 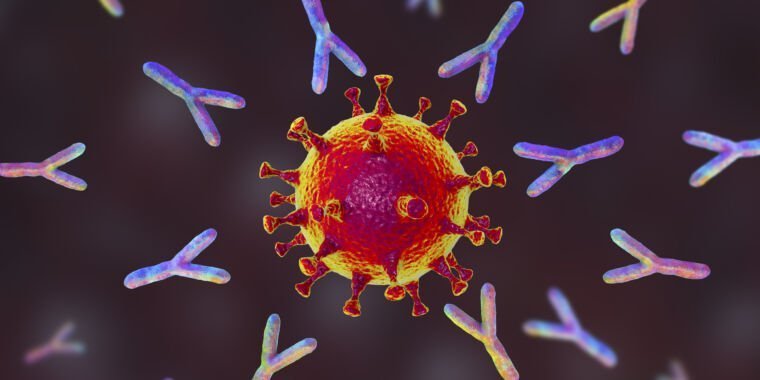 From the very first description of Omicron, researchers were concerned about the type of SARS-CoV-2 virus. Given the list of mutations it carries, scientists can identify a number that would likely make the variant more contagious. Other mutations were even more worrisome, as they would potentially interfere with the immune system’s ability to recognize the virus, making it a risk for people who had been vaccinated or suffered previous infections.

Buried in the subtext of these concerns was an obvious implication: scientists could simply look at the sequence of amino acids in a coronavirus’s spike protein and understand how well the immune system would respond.

This knowledge is based on years of study of how the immune system works, along with a lot of specific information about its interaction with SARS-CoV-2. What follows is a description of these interactions, along with viral evolution and their implications for current and future forms.

To understand the function of the immune system, it is easiest to break down its responses into categories. To begin with, there is an innate immune response, which recognizes the general characteristics of pathogens rather than the specific properties of individual bacteria or viruses. Vaccination or prior exposure to the virus does not ameliorate the innate response, so it is not really relevant to the discussion of variants.

Adaptive response can also be broken down into categories. In terms of relevant immune responses, we care most about those mediated by antibody-producing B cells. The other major part of adaptive immunity, the T cell, uses an entirely different mechanism to recognize pathogens. We know very little about the response of T cells to SARS-CoV-2, but we will come back to this later. For now, we’ll focus on the antibodies.

The part of the protein of the pathogen that the antibody recognizes is called an epitope. Epitopes differ from protein to protein, but they share some characteristics. For antibodies to collide in the first place they must be on the exterior of the protein, rather than buried in its interior. And they often have amino acids that are polar or charged, as these have strong interactions with antibodies.

You can’t just look at the amino acid in an antibody and tell what it’s going to bind to. But if you have a sufficient amount of a specific antibody, it is possible to do what is called “epitope mapping,” which involves finding out where on the protein the antibody is binding. In some cases, it may include a precise list of amino acids that the antibody recognizes.

In general, having antibodies to a pathogen in the bloodstream makes it easier for the pathogen to be seen and disposed of by specialized immune cells—for this task, it doesn’t really matter where the antibody sticks. But there are also specific interactions that can inactivate the virus in some cases, as we’ll see below.

In Defeat, USC Shows Pieces That Could Help Lincoln Riley