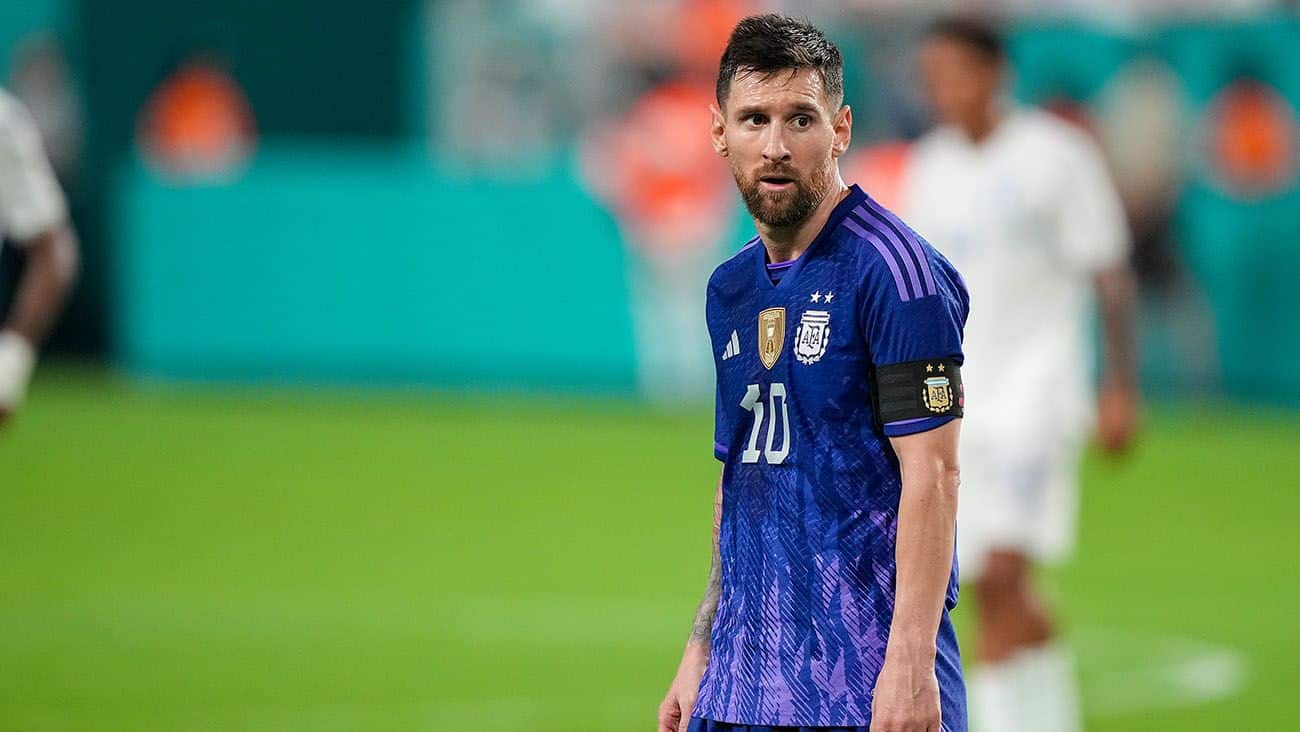 The World Cup in Qatar is just around the corner and Argentina Leo Messi starts off as one of the favorite teams to win the title. Apart from the astonishing level of ‘La Pulga’ since the 2022-2023 season began, the credibility he has shed in recent times has raised the hopes of ‘Albicelestes’ fans ahead of this winter’s World Cup event.

The confusion, in any case, is not only in Argentina. As confirmed by Hassan Al Thawadi, Secretary-General of the Supreme Committee for the Delivery and Legacy of the Qatar 2022 World Cup, in Qatari land it will create great excitement for Leo Messi to win the most important trophy in the world. His last participation. This has been acknowledged in an interview given to Argentine media ‘Telam’.

When asked about how the first World Cup in the Arab countries will go and the hope it has created, he said, “The official draw for the FIFA World Cup Qatar 2022 created tremendous enthusiasm in the area and all over the world. The tournament is shaping up to be really historical, It builds on the excitement in the field after the FIFA Arab Cup, which was a huge success. We will unite more than 45 crore people in stadiums and homes. We are incredibly excited to welcome Qatar and the Middle East to the world.”

He also emphasized that this would be an opportunity to learn a little more about Arab culture: “For many, this will be their first opportunity to see and explore the Arab world, And we want people to come and have an unforgettable experience”He outlined his hopes with Argentina ahead of the World Cup brawl before ‘getting wet’.

“To see Messi lift the trophy in his last World Cup will be something really special for us as organisers.”

“Suppose that if Argentina and Qatar win their respective groups, both teams can face each other in the quarter-final stage,” he said, adding that “the Argentine team is in an incredible race right now and comes to the competition.” is one of the favourites. Watching Messi lift the trophy in his last World Cup will be really special for us as organisers.”

Hasan Al Thawadi has admitted that Qatar has many fans of both ‘Albiceleste’ and Leo Messi and that for many, “Argentina will probably be their second team after the Qatar team. Additionally, Argentina led the way in securing the most tickets, along with Qatar, Saudi Arabia, the United States, Mexico, the United Arab Emirates, England, Brazil, Wales and Australia., Some of his matches have also been in the most demand. I am sure that when the Argentine team comes to the country, it will be warmly welcomed and all its matches will be held in the entire stadium.