Inbreeding may mean the end of Southern California’s mountain lions, but there is a way to save them 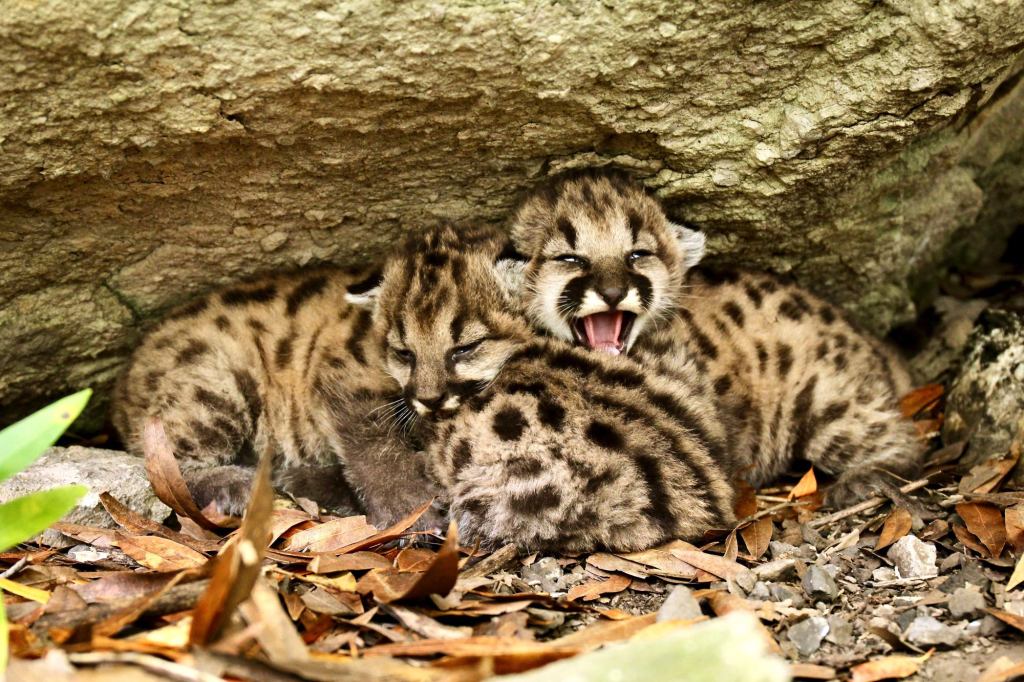 LOS ANGELES – Scientists tracking the populations of two local mountain lions, one in the Santa Monica Mountains and the other in Santa Anas, have identified the first breeding signs of inbreeding between these groups, cut off from breeding options by busy freeways Huh.

According to the UCLA-led study — which is available online and will be published in the January 2022 edition of the journal Theriogenology — the animals had an average 93% abnormal sperm rate, while some also displayed physical signs of inbreeding, such as a deformed tail or testicular Defects.

Researchers have long had genetic evidence of inbreeding, but malformed sperm are the first evidence that inbreeding is manifesting in the reproductive system.

“This is a serious problem for an animal that is already locally endangered,” said the study’s lead author, Audra Huffmeyer, a UCLA postdoctoral researcher who studies fertility in big cat species and is a National Geographic Explorer. “It’s quite serious.”

Researchers said the results lend urgently to the need for wildlife crossings, structures that allow mountain lions and other animals to roam further and find a wider pool of potential mates. The authors said mountain lions – also known as cougars – are a bellwether species, making them a leading indicator that inbreeding could soon cause problems for other species in the Santa Monica and Santa Ana mountains. .

The California Department of Transportation has earmarked groundbreaking for one such wildlife crossing, a bridge over the 101 freeway in Agoura Hills, in early 2022 with a mix of public and private funding.

Biologists and land managers expect the project to lead to more crossings. Preliminary plans are being drawn up for a possible structure on Interstate 15 in Riverside County.

The latest study builds on work by scientists from UCLA, the National Park Service’s Santa Monica Mountains National Recreation Area and the UC Davis Wildlife Health Center. Both the NPS and UC Davis are conducting long-term studies of populations of Southern California mountain lions, which are currently following 17 cats.

Over the past year, the research team identified nine adult males from the Santa Monica and Santa Ana ranges with signs of inbreeding, including the first evidence of low fertility.

Huffmeyer said their findings are similar to the signs of severe inbreeding seen in most Florida panthers in the 1990s, including kinked tails, undescended testes, and teratospermia (60% or more abnormal sperm). Florida panther populations only recovered with the introduction of mountain lions from Texas.

“Florida panthers were also severely isolated and severely inbreeding, so the fact that we are seeing similar symptoms in our mountain lion population is worrying,” she said. “If we don’t do something to bring more genetic diversity to the mountain lions of Southern California, we will have more males, fewer kittens with reproductive problems, and lower survival rates for kittens.”

Scientists cited real risk of extinction of mountain lions in the Santa Monica and Santa Ana ranges. Once significant inbreeding depression is found – meaning reduced fertility and reduced survival of kittens – extinction is predicted to occur within 50 years, according to 2016 and 2019 assessment of population viability The papers involved scientists from UCLA, NPS, UC Davis, the University of Wyoming and. University of Nebraska.

While some mountain lions – notably the cougar known as the P-22, which frequents Griffith Park – have successfully crossed the freeway, far more have been killed trying to do so.

Omicron variant could lead to hospitalization of children, says report